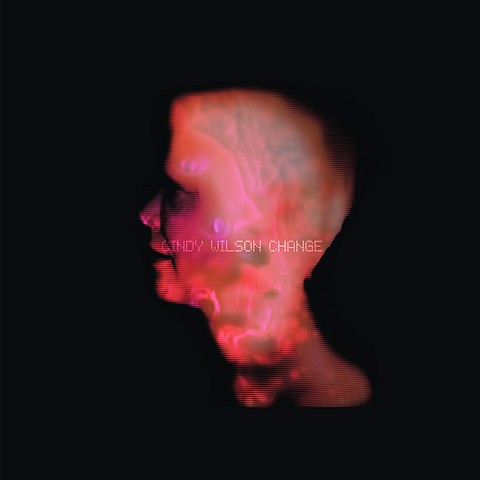 Fred Armisen stood on a ladder far above The B-52’s, feeding them lines from up high like some kind of archangel.

The actor and comedian is willing to go to literal great lengths for his sketch comedy series Portlandia, which also co-stars Carrie Brownstein. Armisen perched over the famous Athens, Georgia, new wave quartet to appear as a giant for a sketch in the show’s seventh season.

In the skit, Armisen takes a few tongue-in-cheek jabs at the superfluous items that make their way into some bands’ collector’s edition box sets. Armisen’s character unpacks his way through a variety of knickknacks and obscure recordings until finally coming across living, thimble-sized versions of The B-52’s three founding vocalists Fred Schneider, Kate Pierson and Cindy Wilson.

“[Armisen] was very hands-on,” Wilson said of her filming experience during a recent phone interview with Oklahoma Gazette.

Wilson said Armisen — a skilled drummer and guitarist who can be seen as the bandleader for Late Night with Seth Meyers house performers The 8G Band — is a real-life fan of The B-52’s. After filming the Portlandia sketch, Armisen even spent time jamming with the band.

“We’ve known him for a little bit, and he comes to the shows,” Wilson said. “He came up with the idea, and it was so much fun.”

The Portlandia appearance was just one highlight in what has been an eventful 2017 for The B-52’s and its members. This year marked 40 years since the fun-loving “Rock Lobster” and “Love Shack” band played its first gig. Last Friday, Wilson released Change, the 60-year-old vocalist’s first full-length studio album as a solo artist.

Far from a late-career vanity album, Change is a serious (and seriously good) psych-pop record that does little pandering to Wilson’s established fanbase of B-52’s loyalists.

On Dec. 14, the singer and her accompanying band bring the solo project’s live version to the intimate confines of Opolis, 113 N. Crawford Ave., in Norman.

It is not hard to pick up on Change’s Tame Impala influence, and Wilson is not shy about admitting her admiration for the Australian band.

Wilson said she is a fan of the Kevin Parker-fronted psych-rock quintet’s entire catalogue. She called the music nostalgic, yet modern and “very well-written.”

“I always felt like The B-52’s were a psychedelic band,” Wilson said. “So I’m totally onboard.”

While The B-52’s brand of psychedelia is usually of an upbeat, party-friendly variety, Wilson’s Change features more reflective themes over a synth-driven soundscape. Songs like “Mystic” and “No One Can Tell You” are dreamy but never dreary.

Wilson said the recording process for Change took four years and traces its roots back to a time when The B-52’s was taking a break from performing or recording. Wilson teamed with friend Ryan Monahan for a string of one-off shows. Eventually, they decided to bring a few of their songs into Suny Lyons’ Popheart Productions studio in Athens for recording.

They all had a lot of fun recording together and eventually decided to record an entire project of new material.

“It was fabulous,” Wilson said. “I was really impressed with how relaxed the studio is and how fast Suny works. He’s like Billy the Kid on the board getting everything recorded. He has amazing ears.”

The singer described their on-again, off-again studio sessions as “a great hang.” It is clear that recording Change was less of a check-off item on a list of career accomplishments and more an extension of Wilson’s undying determination to have a good time.

“It was a stress reliever,” she said. “Being creative and doing music is the best, and I loved working with these people.”

A fan-favorite part of B-52’s lore is that the band played its first gig at a party for friends on Valentine’s Day 1977. No one could have imagined then that the group would still be going 40 years later with enduring radio hits that will probably outlive each of its members. Wilson said the nature of The B-52’s music and live show helped them stay motivated.

“You always say, ‘Well, one more year; one more year,’” she said. “But what’s so cool about it is that it’s a challenging set but it’s a fun set to do. I think we all enjoy doing it, and I think that’s what makes it so easy to keep going.”

The B-52’s legacy is so strong that some might wonder why Wilson would want to step outside of its shadow at this point in her career.

For one, she is not the first member to take a detour from the B-52 brand. Schneider and Pierson have both released albums as solo artists that are stylistically distant from their work in The B-52’s.

But there is also a part of Wilson that has something personal to express. Solo performances with her road band are scaled-down from what The B-52’s would normally do.

“It’s very inward and emotional that way,” she said. “It’s very magical, and there are so many great elements as far as harmonies.”

Wilson travels with her band in a big van as she tours, traveling to smaller settings like Opolis and playing for crowds that are often college-aged. It reminds her of The B-52’s early days, and she’s excited to have a blank slate for herself.

“There’s a lot of people who don’t even know who The B-52’s are, either,” she said. “We’re starting over, but at the same time, I wouldn’t want to have it any other way because that way you earn everything that’s coming. That’s a gift, really.”

It’s an exciting time for Wilson, who is scheduled to bring her solo tour to Europe early next year. But the travel demands are catching up with her.

Still, Wilson is on cloud nine. What could be better than making music you like with people you like making it with?

“I’m in a really good place right now, and I can’t believe how lucky I am to have such great people involved with the solo,” she said. “It’s really a misnomer — it’s really not a solo. These are my partners and my band members.”

For Wilson, creativity has proven to be a prime source of refreshing energy.

“It’s an adventure,” she said. “A lot of people ask me, ‘Aren’t you just tired all the time?’ because I have to do both The B-52’s and the solo stuff. I say no because it’s really kind of invigorating. I’m so into what I’m doing now that it’s not laborious; it’s just amazing.”

Cindy Wilson from The B-52’s