Movie theaters were among the hardest hit by the COVID-19 pandemic and with viral numbers bouncing back with the delta variant, even Hollywood blockbusters still aren’t bringing in the numbers they otherwise would have. Competing also with a steadily growing list of streaming services, many of which are offering simultaneous releases either included with a monthly subscription or available to rent on the same day as the theatrical release for the price of two adult movie tickets, even luxury theaters are having trouble fitting seats. Despite that, there is still no shortage of places to catch a flick in the company of friends and strangers in the state.

Lucas Dunn has kept the cult classic screening event alive for more than three years now upstairs at Ponyboy. A longtime fan of all things mondo, psychotronic, cult and everything in between, Mondo Mondays dig deep into the catalogue with something for even the most hardcore cinephile or jaded viewer. Not surprisingly, they’re keeping the Halloween vibe going through the rest of November. First-run features from the likes of A24 and other distributors can often be caught in the Tower Theatre itself, though with all the bands on the road, films are fewer and farther between, though they are also reviving their holiday film series this year.

The Stockyards may seem like a strange place for a nonprofit arthouse cinema, but only if you’ve never been. Tickets for a la carte showings are always available, but being a member of Rodeo Cinema shaves $3 off every ticket, gets you free popcorn on Mondays and a free ticket during your birth month among other benefits. Better yet, they are a member of the Art House Convergence Visiting Members Program, which means you get reciprocal benefits at participating theaters like Circle Cinema in Tulsa. Individual memberships are $50 a year and with a second location now open and operating in the former Paramount Room on Film Row with a completely different film slate and a robust revival schedule, there’s no time like the present to check them out if you haven’t already. If you think this reads more like an advertisement than news, it’s because we really, really like them and want them to be around for years to come. Oh, and they’re screening Mickey Reece’s Agnes for a second time starting on Dec. 10, following its deadCenter Film Festival debut this summer. Enough said. 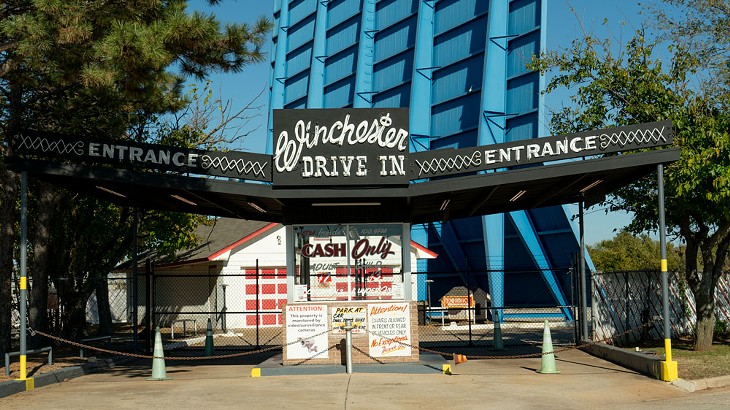 In operation for more than a half-century at 6930 S Western Ave., the Winchester Drive-In is both a glorious piece of Oklahoma City nostalgia and a great place for a date. Owner Lindy Shanbour turned over operations just shy of the drive-in’s 50th anniversary due to failing health in 2017, but lived long enough to see his business’s milestone. Still offering its weekend double features, the Winchester makes for a great date and there’s no safer way to screen a movie during the pandemic than in your vehicle or in a lawn chair in the open air, weather permitting. Winchester also offers a full-service concession stand and while the popcorn and soda prices mimic those of the indoor theaters, you can also snag a burger, hot dog or other fast favorite on the cheap. Tickets are $7 per adult, with children ages 3 to 10 years old getting in for $3.

Long before Rodeo Cinema opened its doors in OKC, Circle Cinema in Tulsa was making residents here very jealous by regularly screening arthouse fare as well as hosting some great guests and events, like the time Heather Langenkamp came to screen the original A Nightmare on Elm Street. Still going strong, Circle still packs its schedule with great films. An added note: If you missed Greg Sestero’s screening of The Room here, he’ll be at Circle Cinema for a screening on Nov. 20.

This theater earns a slot on the list because of its history having a dedicated screen for arthouse fare before Rodeo Cinema was in business or that the Oklahoma City Museum of Art didn’t pick up. It may not have been the biggest theater in the house and the seats may have been nearly empty during almost all of its showings, but the AMC 24 could be depended upon to screen the newest Wes Anderson movie as well as screening what are now classics like David Lynch’s Mulholland Drive, Christopher Nolan’s Memento, among many others. The theater chain is still keeping that spirit alive, screening lesser-known fare under its AMC Artisan Films banner.

Going to the movies can be an expensive habit to keep and Tinseltown has always been a great way to shave a few bucks off of the bill. While they may not have the nicest theater in the city or book anything you wouldn’t find at other theater chains, getting into a seat in 2021 for less than a fiver during a matinee or $6.50 on a weekend night is nothing to scoff at and rumors of rough crowds and a dangerous parking lot are greatly exaggerated. While Oklahoma City may not have a dedicated revival theater, Harkins Bricktown is a great place to look for encore showings of classic 80s and 90s flicks like RoboCop and Beetlejuice. But fair warning: most of those only get a single showing on a weekday night.

The indie video shop is the place many cineastes first cut their teeth on arthouse film fare. Those who are starting to go gray around the temples will remember Digital Video Depot on N Meridian Avenue south of NW 63rd. The owner and curator, Blaine, was a former employee of Kaleidoscope Video, which those of you who have gone completely gray might remember. When they shuttered, he purchased an enormous amount of their catalogue and struck out on their own. An early adopter of the DVD format, the shop focused on a broad selection and didn’t bother competing with Blockbuster by buying massive quantities of blockbusters, but if you wanted to see a bootleg transfer from an Asian laserdisc of Alejandro Jodorowsky’s El Topo or Pier Paolo Pasolini’s Salò, or the 120 Days of Sodom, on VHS, it was the place to be. It’s been years since it shuttered, but still terribly missed. 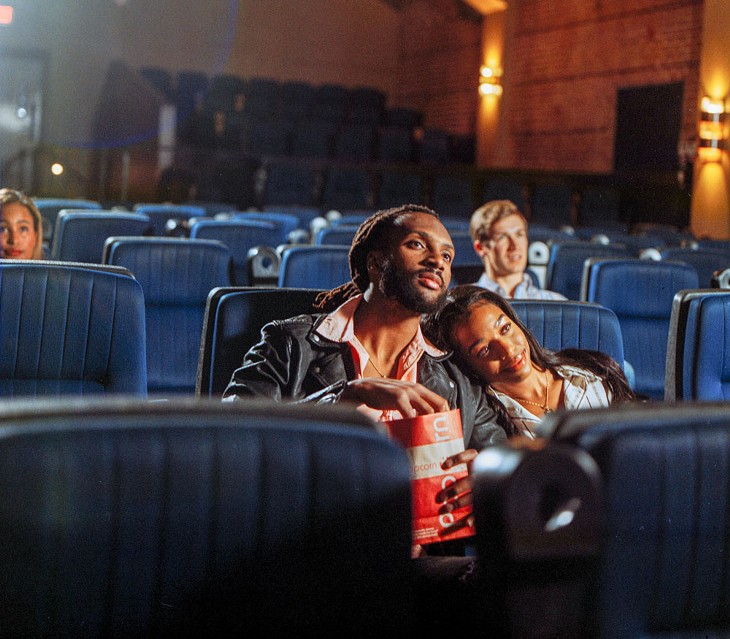