There is always strong interest in the business and development community for talking tax-increment financing, better known as TIF.

If not for TIF, the transformation of downtown Oklahoma City’s Skirvin Hilton Hotel or the renovations of once-vacant Century Center wouldn’t be possible. TIF made the medical clinic at Oklahoma City Public School’s Emerson Alternative School a reality and transformed the closed Fred Jones Assembly Plant into the posh 21c Museum Hotel.

Some city leaders said that without TIF financing, which is viewed as an incentive for potential business and development, those real estate projects would never move past the drawing board.

Now, OKC is home to a 10th TIF district with the goal of renovating troubled First National Center. Over the next decade, the council could approve six more TIF districts, which were outlined in the Core to Shore Reinvestment Area Project Plan.

The council approved the plan and ordinance for the newest TIF district in an 8-1 vote during its Feb. 23 meeting. Council member Ed Shadid, representing Ward 2, cast the “no” votes on TIF agenda items.

After city leaders approve the formation of a TIF district, property taxes within its boundaries are frozen at the existing level. Future growth, over a period of time, goes to the TIF fund for project financing. An expiration date is named for each TIF district.

Approval of TIF legislation by state lawmakers came at the right time for Oklahoma City. A year after passage, Oklahoma City voters approved the first Metropolitan Area Projects Plan, known as MAPS. The $350 million sales tax-funded initiative was created to revitalize a struggling city following the oil bust of the 1980s.

Like MAPS, TIF legislation appeared promising to cities during hard times with troubled areas and a desire to spur economic activity. TIF was seen as a chance to bring reinvestment, redevelopment and jobs to communities.

Seven years after the first TIF came into play, TIF No. 2, known as Downtown/MAPS, was created with a projected plan budget of $121 million. That TIF has generated around $800 million in new market value over the past 15 years.

One of the alliance’s main responsibilities is to oversee city TIF districts.

“It is used to attract investment to areas of need throughout the city, particularly in distressed areas, and to generate new residential and commercial investment that enhances the quality of life and economic vitality,” O’Connor said. 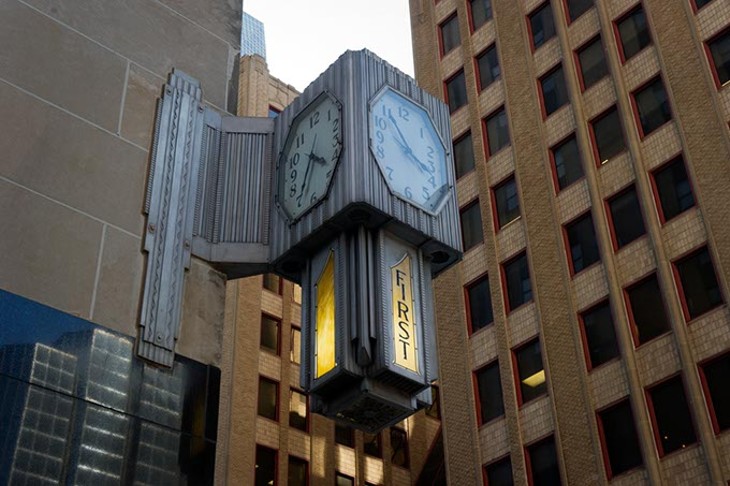 The council-created Central Business Review Committee studied the possibility of additional TIF districts and their role in development south of the central business area. The group included representatives from city, planning, the public and other taxing jurisdictions, such as Oklahoma City Public Schools.

Committee reviews are part of the TIF allocation process; however, city staff and the TIF Advisory Panel — comprised of city leaders — vet economic projects for TIF funds first. The review committee and the council only consider projects that already have the blessing of the advisory board, which determines if the projects require TIF.

Despite the various committees, the main question that must be answered is, “Would the project not go forward ‘but for’ the TIF?”

While TIFs have helped produce impressive projects in OKC, not everyone cheers when they come up for discussion at city hall.

Recently, Councilman Pete White, representing Ward 4, suggested additional review of TIF districts. He said further review could eventually lead to terminating successful TIF districts early. In that case, the property and economic activity taxes that had been captured for the TIF fund flow back into all taxing jurisdictions.

“We’ve got to have this constant review and look at it because it is millions and millions of dollars,” White said.

Council members have worked to better understand the impact of TIF districts on other taxing jurisdictions, such as counties, library systems, school districts and the health department.

Recent strides to include those groups led to revenue sharing with the new First National Center TIF and potential Core to Shore TIFs.

Over the next 10 years, the council is expected to review plans for each of the proposed TIF districts. Some, such as South Central Business District/Central Park, will undergo scrutiny. Council members James Greiner and White said the MAPS 3 Downtown Public Park, convention center and streetcar line will spur development without TIF offerings.

Shadid shared similar concerns about the city impeding on the free market.

He questioned the alliance’s rush to bring the Core to Shore plan before the council; he suspected the pressure stemmed from a lack of available funding for a new convention center parking garage and the desire to attract a hotel to serve the convention center.

A TIF district could secure a financing source for both projects.