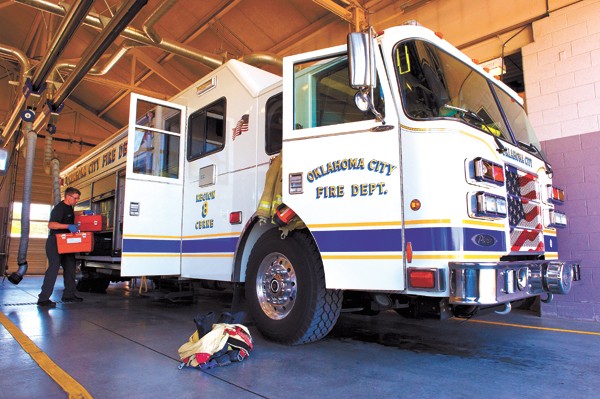 It’s not easy to understand the firefighter pay system, which is in no way comparable to a typical 9-to-5, 40-hours-a-week job.

Yet voters should understand firefighter pay and overtime when, in the upcoming Oklahoma City special election set for Jan. 10, they will be asked to decide between two firefighter labor agreements, one presented by the city and other by the fire union.

“It is important to realize the extent of our schedule,” said Scott VanHorn, International Association of Firefighters (IAFF) Local 157 president, “[because] it is going to be very difficult to explain to the general public in a campaign.”

Following months of contract discussions between city budget negotiators and officials with of IAFF Local 157, the city declared an impasse and promoted arbitration. In late July, an independent arbitrator sided with the fire union, which steered the Oklahoma City Council to two options: Accept the union’s latest offer, or allow citizens — through a vote — to determine the 2016-17 contract. The council opted for the election, which is estimated to cost the city $100,000.

Oklahoma City Fire Department is operating with $2.6 million less than the previous fiscal year. Both the fire and police departments were handed 2.5 percent budget cuts for fiscal year 2016-17. All other city departments were cut 5.5 percent after a sluggish year of sales tax revenue linked to the downturn in the oil industry.

“Going through tough financial times, it is incumbent upon us to look at ways we can reduce the burden on our general fund,” said Assistant City Manager M.T. Berry. “As we looked into it, the idea of paying overtime to people for hours they didn’t work was something we needed to address.” 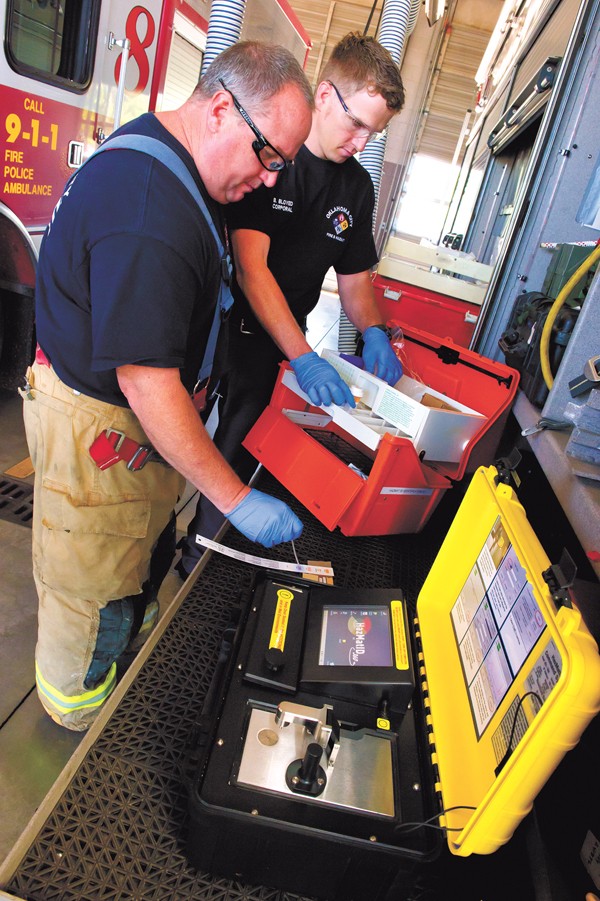 Paying firefighters overtime on personal leave, like vacations and holidays, is one of two main issues that have set the city and union at odds. The overtime pay practice dates back 15 years and was criticized by city council members in the past.

In Oklahoma City, firefighters work 216 hours over a span of 27 days. Each clocks nine 24-hour shifts during a single 27-day pay cycle. Past agreements between the city and the union call for firefighters to be paid at a regular rate for the first 204 hours. Any time over that is paid as overtime. Essentially, they are guaranteed 12 hours of overtime pay during a 27-day pay cycle.

Firefighters often have to contrast their pay and overtime system to city staffers, who work 40 hours a week during a seven-day period, to add context to the issue.

“Essentially, our firefighters work 832 more hours per year than any other city employee,” VanHorn said. “Firefighters have to work over 51 hours a week before they start to get overtime pay.”

As it stands, during the 27-day pay cycle, if firefighters take personal leave, such as vacation or holiday time, they are paid the full 216 hours, including 12 hours of overtime. Additionally, if a firefighter works more than 216 hours, they continue to be paid in overtime, regardless of whether or not they took leave.

The pay policy is not unique to Oklahoma City, as firefighter work schedules fall under a different part of the federal Fair Labor Standards Act than most American jobs.

As Berry and others at city hall see the issue, it’s time to end the job perk.

“What the guaranteed overtime program does is allow firefighters to take personal leave and still get paid that overtime,” Berry said. “If [it] is earned, we certainly don’t mind paying. It is when that cycle is broken through the use of personal leave and it is not earned, that is what we are trying to address.”

The fire union rejects the city’s push to phase out the 18 uniformed firefighters who dispatch fire calls. By civilianizing the position, the city could save $600,000 during the first year enacted, said Berry, who said no firefighters would lose their jobs; they would instead be transferred to other positions.

The union doubts the city will find savings by transferring dispatchers to other jobs and hiring additional employees to fill vacated roles. According to the independent arbitrator, there was no evidence to support cost savings with the dispatch change.

Firefighters contend there is an advantage to trained firefighters answering calls and communicating with en-route fire units.

As VanHorn explained the upcoming election, he heard comments of disappointment among firefighters. The fire union negotiated lower insurance costs in light of the budget woes.

“We are always willing to sit down and work with the city,” VanHorn said. “The city has nothing to lose. If the citizens go against the city and pick our offer — our last best offer — that saves the city money.”

An arbitrator will set the ballot language based on wording that can be submitted by both sides. The ballot is expected to list the last best contract offer and financial differences from the city and union. The city and fire union could reach an agreement before Jan. 10, which would cancel the election.

“It is a process of statutory that we are required to go through in order to resolve our differences,” Berry said. “We are certainly hopeful that we can come out on the positive end of the whole process. This is what negotiations and collective bargaining are all about.”

Print headline: Election called, OKC voters will pick a firefighters contract after an arbitrator sides with the union.