An independent organization not beholden to open record laws and operating with a public relations firm rather than a public information officer, unlike other city departments, manages the city’s use of tax incentives and urban redevelopment. 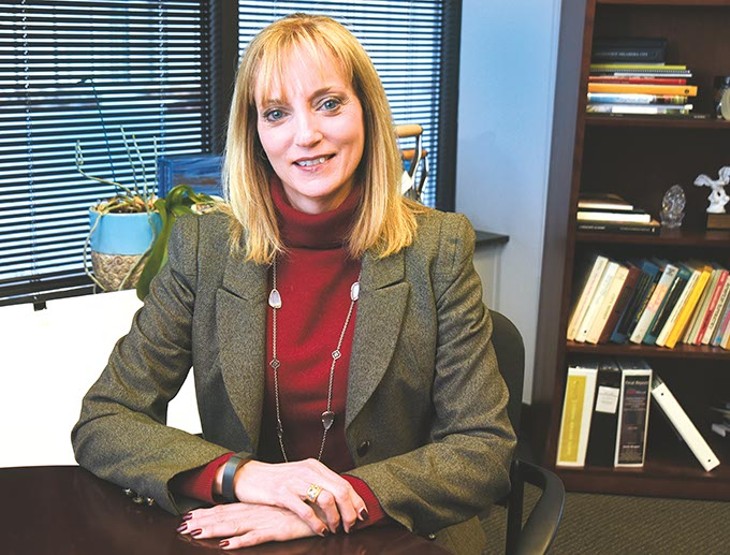 An independent organization not beholden to open record laws and operating with a public relations firm rather than a public information officer, unlike other city departments, manages the city’s use of tax incentives and urban redevelopment.

The Alliance for Economic Development of Oklahoma City was founded in 2011, partly out of a desire to keep conversations between prospective developers and businesses immune from open record laws.

In the city’s agreement with the Alliance, it states that “disclosure of economic development prospects may lead to the elimination of Oklahoma City from economic development competitions,” indicating a desire to keep records and conversations private that would otherwise be exposed within a government entity.

Business plans, feasibility studies, financing proposals, marketing plans and financial statements within the Alliance are not subject to public review for one year.

But while an environment of secrecy can seem counter to the goal of openness in government, city leaders say it is necessary when trying to court corporations and developers.

“It isn’t like we are trying to hide something,” City Manager Jim Couch said. “But nobody is going to negotiate with you if it’s going to get out in the public.”

Couch said prior to the Alliance, there have been examples of companies backing out of a possible relocation to OKC because of leaked information. He said there were also times when he had to keep documents out of his office and off his computer in order to keep them exempt from open record requests.

“Once I have them in my possession, those documents would become open record,” Couch added.

Critics of the Alliance say it has a heavy hand in setting policies and tax incentives without public review. The city council has the final say on incentives and most urban redevelopment plans, but those same critics say that what reaches the council is often a proposal that represents months of behind-the-scenes meetings and negotiations.

“Because we are dealing with economic development, there is hardly a project that we do that is 100 percent popular,” said Cathy O’Connor, president of the Alliance. “So you know going into it there is going to be some controversy.”

O’Connor said the Alliance provides the city with a dedicated and talented economic development staff, along with an efficient operation that can be hard to replicate in a government institution.

“We have people who wake up every day and think about economic development and revitalizing Oklahoma City,” O’Connor said. “The reality is, for so many people who work in government, they become very reactive, they are responding to the problem of the day and can be spread thin.”

The private nature of the Alliance might be easy to criticize, but O’Connor said there are economic development projects that would not have happened if discussions and proposals were held in public. She also said the Alliance is not as secret as people might believe.

“We have a [tax increment finance] review committee, and the council has the final say,” said O’Connor about the ability to take property tax growth from new projects and use those funds to help developers.

“It’s Cathy O’Connor and the Alliance who seem to take in every TIF proposal, negotiate with the property owner and then bring it to council, which seems to approve what the Alliance has recommended 100 percent of the time,” said Councilman Ed Shadid, who has been one of the Alliance’s loudest critics. “You can’t wait till the last minute to announce [a new TIF] to the council, the schools and the public.”

The council was presented plans for a new downtown TIF district last month, and there was some controversy after a school official communicating with the Alliance resigned without passing along the TIF information to the school district. School board members said they felt “out of the loop” concerning the new TIF district (see Metro briefs in this issue), but O’Connor said it was an incident of miscommunication and the Alliance works closely with the school district and other taxing jurisdictions.

While Shadid said the Alliance’s proposal to the council last month was “too late in the game,” O’Connor said it represented the very first step and there would be many more conversations with the council.

The use of an independent entity to manage tax incentives is not an original concept unique to Oklahoma City. Many cities, such as Dallas, Kansas City and Minneapolis have similar independent economic development organizations.

“We have limited resources for economic development, and we try to leverage that as much as we can,” Couch said. “[This is] a model that is done in other cities. We didn’t just invent this out of the blue; we copied this from other cities.” While Couch acknowledged the secret nature of business negotiations with the Alliance, he said the city attempts to be as transparent as possible once those negotiations reach city hall.

Wiley Williams, an attorney at city hall, said the Alliance is obligated to turn over some documents related to direct work with the city.

“I think you will find the Alliance to be most cooperative in this regard,” Williams said. “But it is not required to make available for public inspection all documents in its possession."