Oklahoma City’s Civic Center has recently become the site for culture wars over free speech, religious freedom and the role of government institutions as event managers. 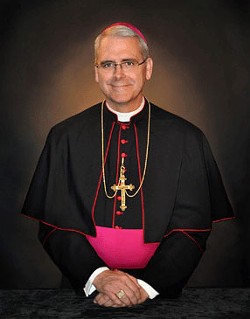 Oklahoma City’s Civic Center has recently become the site for culture wars over free speech, religious freedom and the role of government institutions as event managers.

The Civic Center’s smallest meeting space has been rented for a Black Mass service — which is similar to a Catholic Mass but instead offers sacrifices and praise to Satan rather than the Christian God — in September.

Religious leaders, including Catholic Archbishop Paul Coakley, spoke out this week against the event and urged the city of Oklahoma City, which owns the Civic Center, to turn away the satanic group.

“We’re astonished and grieved that the Civic Center would promote as entertainment and sell tickets for an event that is very transparently a blasphemous mockery of the Mass,” Coakley said in a statement this week.

September’s Black Mass will be the fourth event put on by the local satanic group, Church of the IV Majesties. It’s 2010 “public satanic exorcism” also sparked controversy among religious leaders.

“We’ve had none,” Civic Center general manager Jim Brown said when asked if the facility had received pushback on any events prior to 2010. “This hasn’t been common in the past.”

Brown said the Civic Center has a legal obligation to welcome any group, no matter its religious stance.

“We don’t get involved in programing,” Brown said. “Because we are a city-run facility, our legal department has said they are protected by the First Amendment.”

Last year, Oklahoma City Theatre Company's Christmas-season production of The Most Fabulous Story Ever Told drew criticism and protests from Christians because of its satire of biblical stories and the depiction of same-sex relationships. Pastors and politicians staged protests at the performing arts center.

While Coakley’s comments this week were meant to criticize the Black Mass, organizers were pleased with the comments.

“It’s definitely a positive for us,” said Adam Daniels, the high priest of the santic group putting on the Black Mass. “We continue to have an issue with Christians trying to shut us down, and this highlights that.”

Daniels said 45 people attended the 2010 service, eight the following year and none the year after. As of Thursday, five tickets have been sold to the September Black Mass.

A similar Black Mass planned in Boston earlier this year was canceled following protests from Catholics. There were also complaints that the satanic leader was a sex offender and the approval of an event on the campus of Harvard University created a hostile work environment.

Opponents of the Oklahoma City event are making a similar argument since Daniels is a registered sex offender.

In a post called “How to stop the OKC Black Mass,” Patheos.com blogger Dawn Eden urged readers to “complain that the Oklahoma City Civic Center is creating a hostile work environment by giving a platform to a sex offender.”

City Hall said it had not received any complaints specific to the hostile work environment claim as of Thursday.

“There may be other ways to alert the federal government to your concern about the issue,” Eden added. “It is never a good thing when a government-funded civic center hosts a public performance led by a registered sex offender—especially when the performance itself demeans women.”

The Civic Center hosts hundreds of events through the year, ranging from concerts and performing arts productions to religious services.