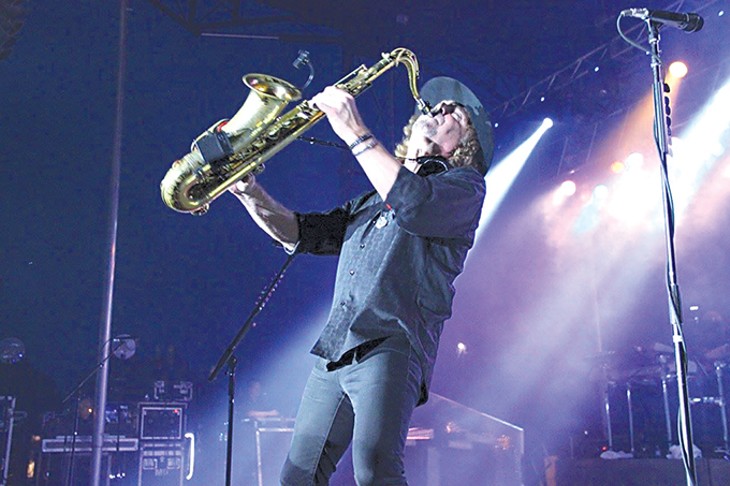 There are a few songs in the canon of classic rock music that are ubiquitously known: Journey’s “Don’t Stop Believin’,” Lynyrd Skynyrd’s “Sweet Home Alabama” and Bruce Springsteen’s “Born to Run.”

One could argue that Foreigner — led by the songwriting talents of English guitarist and band co-founder Mick Jones (not to be confused with The Clash founding lead guitarist with the same name) — has multiple entries in the annals of timeless radio. The band has 16 Top 30 hits. Entire generations were raised on hits like 1981’s “Waiting for a Girl Like You” and ’82’s “Juke Box Hero.”

But chief among all its work might be “I Want to Know What Love Is,” the ’84 soft-rock ballad written for the band’s fifth studio album Agent Provocateur. The song has and will continue to live well past its initial release thanks to a relatable refrain bolstered by a chorus that featured the New Jersey Mass Choir as support for former vocalist Lou Gramm.

Jones has stated in interviews that “I Want to Know What Love Is” was written with a vocal choir in mind. Throughout the band’s history, a choir has occasionally been invited on stage to join Foreigner for the song. But in recent years, the band has made a tradition out of inviting local school choirs to assist them with the song onstage. An appearance always includes a $500 band contribution to the school’s music program.

When Foreigner takes the stage at Riverwind Casino’s Showplace Theatre, it has agreed to bring a choir from Norman North High School for the classic tune.

Norman North students will also be selling Foreigner CDs at the show to raise money for the band’s charity partner The Grammy Foundation.

Thom Gimbel, who has played guitar and saxophone for Foreigner as a full-time band member since 1995, said in a recent interview with Oklahoma Gazette that the band began inviting school performers on stage about seven years ago as Jones’ way of supporting music education in public schools.

“So many of the schools are having their music programs taken away,” Gimbel told Gazette. “We really want to ask people to do what you can and get with your board of education or the superintendent and tell them you’re in favor of keeping music education in schools.”

The chance to perform onstage during a sold-out rock concert is a more thrilling opportunity than most vocal students could ever hope for. Gimbel said the band’s school donation technically makes the appearance many of the students’ first paid gig.

“We get a kick out of it,” he said, “and hopefully it gives them some experience that they can draw on later on in life if they decide to become performers.”

Gimbel remembers being embarrassed to sing in public in high school, but the students he encounters onstage are ready to flex their vocal muscles. Whether that confidence comes from exposure to music competition shows on television or the adrenaline of performing with a band in front of a large crowd, Gimbel said the school choirs have become one of his favorite parts of performing each night.

“It’s really been a fun program,” he said. “We love to see these young adults take the stage by storm.”


Norman North choir director Stephen Ziegler said this is not the first time he remembers Foreigner coming through Riverwind. The last time the band performed in Norman, it invited the Norman High School choir onstage. This year, Foreigner reached out to Norman North in an attempt to change things up.

Ziegler said he first heard from the band’s tour manager in August but was not able to confirm the choir’s appearance at the show until January. He was not surprised by how excited his students were for the opportunity once he told them about it.

“What I did not anticipate,” he said, “was how many of them knew exactly what I was talking about as soon as I said, ‘Do you know the band called Foreigner?’”

Ziegler said in hindsight he should not have underestimated the band’s popularity among younger generations. The parents of the students he teaches now would have been at their prime music-listening ages during the peak of Foreigner’s popularity.

“They’re a great band, and their music spans generations,” he said.

The vocal director enjoys the music of Foreigner but counts himself as more of a Journey or Chicago fan. But he has a high appreciation for the band’s place in music history and is looking forward to seeing the concert aside from the appearance by his students.

This is Ziegler’s fourth year as Norman North’s vocal department director, and it is also the first teaching job he got after completing his master’s degree. As a graduate of the high school himself, he was one of the first in line to replace the school’s former choir director.

Working as a teacher in the same building where he once studied is a cool and surreal experience.

“It’s very cool to see it all from the other side,” he said.

At the time of Ziegler’s interview with Oklahoma Gazette, Norman Public Schools were still engaged in the statewide teacher walkout, along with several other school districts. However, the lack of class time has not made preparing for the show any more difficult. Ziegler said their end of the performance is pretty straightforward. The band did not provide them with any charts. Foreigner told them to listen to the tune and just sing the chorus along with the band.

“We haven’t done too much music preparation on that because it’s fairly simple,” he said.

Ziegler said there have not yet been any discussions about whether an ongoing teacher walkout might affect Norman North’s ability to participate in the show. He hopes things are resolved by then and that those conversations will never need to occur.

“We’re taking everything one day and one week at a time,” he said.

Gimbel was not aware of Oklahoma’s teacher walkout before speaking with Gazette, but he did not hesitate to say that Foreigner supports a general increase in teacher pay.

“Let’s pay our teachers a little bit more if we can,” he said. “That’s the other message that [Jones] sends out, and I think we’re all on the same page on that. We just have to find a way to do it.”

Gimbel has a nephew who teaches in the Boston area. He also gives one of his former music teachers credit for inspiring him to pursue a career in the industry. This teacher actually gave him a reason to get excited about attending class.

“That’s part of the reason why I’m so in favor of [music education],” Gimbel said. “It helps kids who might get in trouble; it gives them a reason to go to school instead.”

Music education is not just about learning how to play. Gimbel believes it instills a sense of identity in students who might otherwise be aimless.

“The benefits are innumerable,” he said.