After announcing they were closing this spring, Grill on the Hill has reopened this summer under the Happy Plate Concepts umbrella. 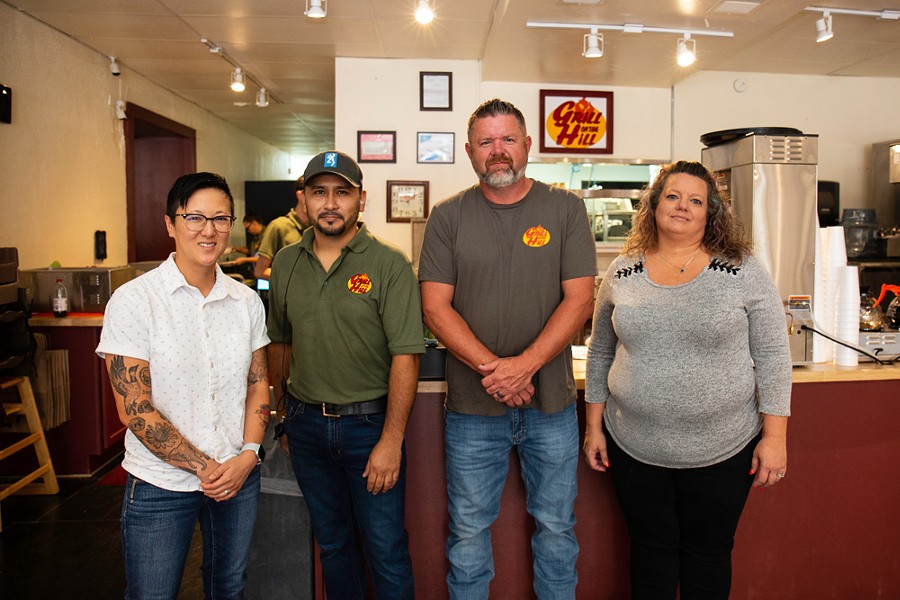 When Grill on the Hill announced that it was closing its doors in April, the line stretched out the door on its final days.


When the restaurant opened quietly under the new ownership of Happy Plate Concepts this month, nearly every table in the joint was already full.


“It's always been a historic place to us. A place that we respected for sure. And so, we found out they were closing and they were actually looking for buyers,” Aly Cunningham, co-founder of Happy Plate Concepts said.


The other co-founder, Shannon Roper, reached out to Grill on the Hill owners Norma Ericson and Rory Carver and a deal was inked.


“I knew they'd been there for 30 years. These owners had it for 15 and Jamie had it for 15 years before that and we kind of liked that area. I think eventually it's gonna be kind of like the Plaza, I'm hoping, one day,” Roper said. “So I went and talked to Rory and Norma and they’re just great, amazing people and they were wanting to retire and were just kind of done and so we just decided to give it a shot. We negotiated a deal with them. They still have some ownership in it. We felt that was the best way to go about it, so we just jumped into it and thought we would try to get it back open and keep it around. It's been there so long. So many people and so much history.”


The iconic memorabilia still lines the walls, but the paint was removed from the window in the eastern half of the restaurant, a fresh coat was put on the walls and new track lighting installed.


“I think the customers are liking it. We're trying to keep it as similar as possible, but obviously, when something closes, you've got to make some changes. Things have to evolve. We’re trying to keep it the same. We'll know your name. We've got your familiar dishes and in a comfortable environment. That's pretty much what it was to start with,” Roper said.


Over the years, Grill on the Hill became a popular spot for business leaders, elected officials and other public figures. It would not be uncommon to spot a mayor, a city councilor or a police chief dining beside other patrons or each other, united by the common bond of the grill’s no-frills menu.

“If you ask anyone about what it is that brought you to Grill on the Hill, it was first and foremost, the amazing people that work there, the servers, the cooks. Everyone knew everyone … That atmosphere was something that was very important right off the bat ,that we saw that we wanted to keep, and we wanted to make that a ‘Cheers’ sort of place, a neighborhood place where everyone knows your name,” she said.


The restaurant has moved away from counter service to full restaurant service and the menu has been overhauled.


“Some of the things that he had told us through stories that were his favorites, or things that he liked to make back in the kitchen, we named them after Rory. And so you know, you still have your baskets and your burgers, but they might just look a little bit different in between the buns,” Cunningham said.


“Rory’s Favorite” — an omelet — is made with slow-roasted beef, caramelized onions and provolone topped with horseradish sauce and au jus, while “Rory’s Loaded Hush Puppies” are smothered in spicy chili, cheddar cheese and green onions.


The grill’s signature meatloaf is also still on the menu but has been stacked on buttered toast with cheddar cheese, tomatoes and an egg cooked your way. 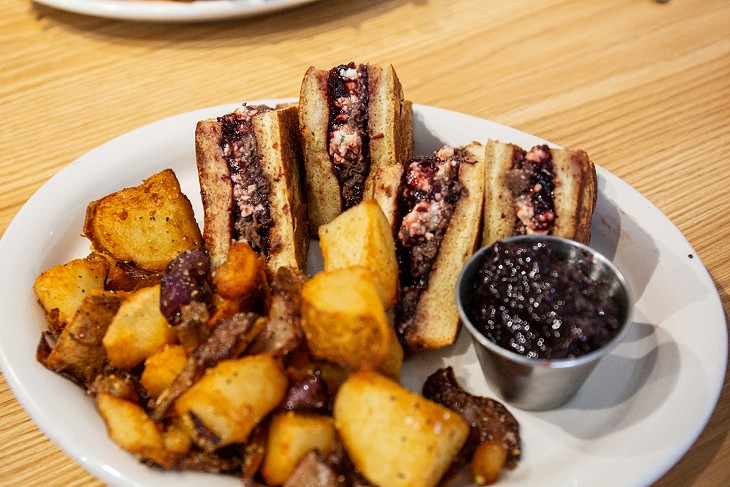 And there are new menu items like the “Monte Cristo Bleus,” which is thinly-sliced, slow-roasted beef with bleu cheese crumbles and cherry compote served on brioche French toast and the “Atomic Tots,” which are covered in spicy chili, cheddar cheese, jalapenos and sour cream.


But Cunningham said she understands some customers will want their classics served the same way or want to make substitutions, which are also welcomed. She calls Grill on the Hill a “yes-taurant,” which, much to her chagrin, has not yet caught on.


They opened softly and quietly in the middle of July working out the kinks in the menu and with the new table service model. While they haven’t announced that they’re open for business, they haven’t turned anyone away at the door either.


“We are open. We've been kind of quiet about it, but we'll officially announce on Facebook that we've got a grand opening coming. And I don't know that it's going to be anything, like, amazing other than, ‘Hey, we are really open,’ just in case anyone wants to know. We're going to be open for the next hundred years, hopefully. There's no need to rush it on to freak everyone out. We're just trying to ease into it right now,” Cunningham said.


Grill on the Hill is open seven days a week from 7 a.m. to 2 p.m. That might be announced publicly the first week of August. Maybe.