The chefs at Guyutes take homemade marshmallows to a higher level with infused corn syrup. 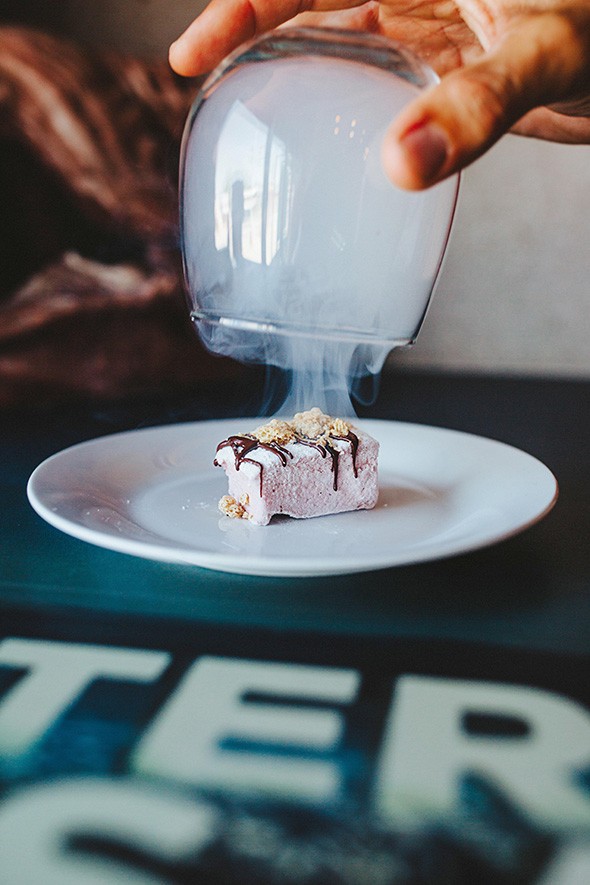 Late August in Oklahoma is not the most comfortable time for s’mores around the fire, as temperatures often remain around 90 degrees Fahrenheit even for several hours after sundown. Fortunately, the chefs at Guyutes have found a workaround until autumn arrives.

Jarrod Friedel and Matt Pryor call this invention Smoke on the Mellow.

“The recipe is going to be a blackberry-infused marshmallow, so it’s going to be using corn syrup that we’ve infused,” Pryor said.

He said to bring the temperature of the infused corn syrup up, then stir the heated mixture.

Once they have set, drizzle them with chocolate and add graham crackers. For an added bonus, Friedel used a smoke gun on them to give the finished product a campfire smell.

“What I did was just drizzle all the way across from back and forth. You can do every single one, but trust me, it’s going to just ruin your hand,” Pryor said.  “You’re going to be cramped by the time you get done with them.”

He said the marshmallows will keep for about three weeks.

“You can use them in different purposes. You can make a hot chocolate and you can put one of these on top of it, let that infuse that way,” Pryor said.

So much of what we associate with the flavor of marshmallows are the chemicals and preservatives used to keep them on store shelves. This was my first homemade marshmallow, and I could taste the difference. The blackberry acts as a subtle accent to mask the subtle cannabis flavor. The graham cracker and chocolate add additional flavor and textural elements and act as more than just garnish. Despite the marshmallow’s relatively high dosage (each square I had was about 32 milligrams THC), I ate a little over half of one marshmallow and received a very mellow body high. It was just enough to have a slight relaxed sensation throughout the body with no cloudiness in the head. 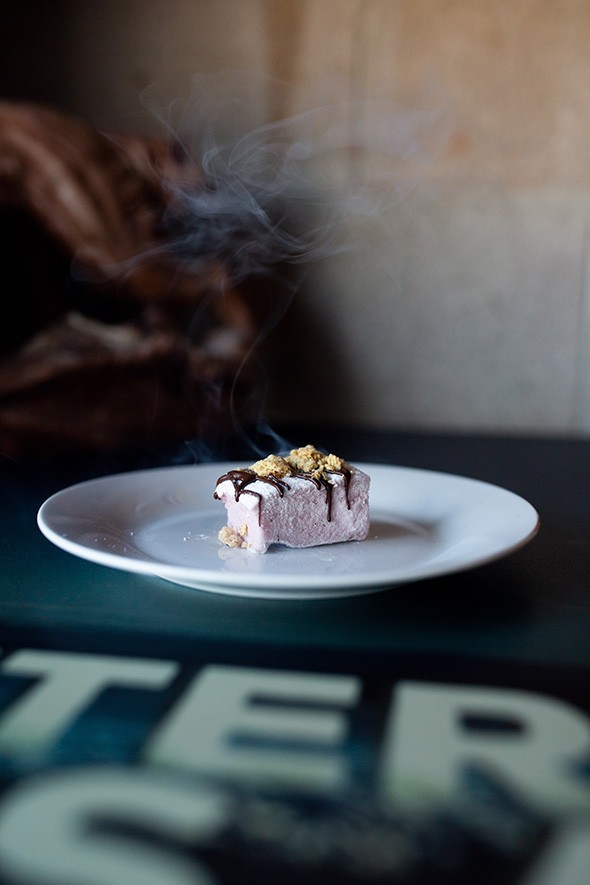 Smoke on the Mellow

Directions (for the no-strain method)