Two clubs in Oklahoma City’s gayborhood have closed and will be replaced, while a formerly shuttered club reopens its doors. 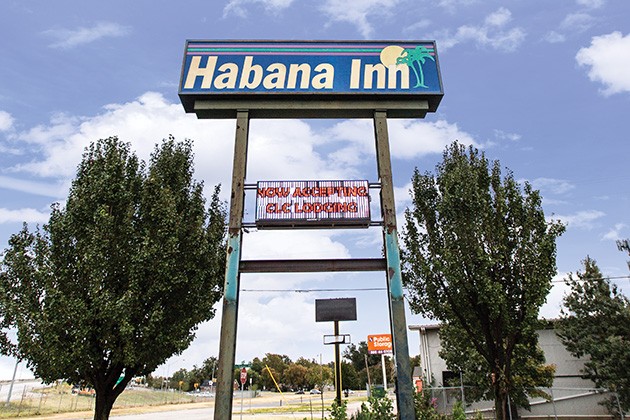 Copa and Finish Line, the two clubs in Hotel Habana, closed recently after decades of service. Tom Lagatta, Hotel Habana managing partner, said they did not renew the club’s leases because they needed the revenue, so they plan to open new clubs in the spaces.

“This is all a change for us because when we bought the hotel, we were going to start with the room renovations, but we came to understand from a financing point of view that it wasn’t going to be possible without getting the revenue from the bar, the club and the restaurant. We pretty much had no choice but to take this over and get into that,” he said. “It’s pretty extensive to renovate this entire place. We think it will be quite a special place when we’re done, but we have to go about it in a manner that appeals to the banks. … They need to see more cash flow up-front.”

Finish Line will become La Bootz, and while it won’t be registered as a country bar, Tracy Whyburn, general manager, said it will play mostly country music and have a country flair. Copa will become Club Exile and will remain a dance nightclub. But Lagatta said they are still working out exactly how the clubs will look and feel.

“We’ve had a couple of designers come in and look at [the spaces]. We weren’t completely sold on the concepts. We have another designer coming in here in November to see what other ideas we can come up with,” he said. “The actual design we’re uncertain [of], even the flavor of the clubs. Like, [La Bootz] is not really going to be that much of a country bar, but we’ll see. We’re still looking at concepts for how they’re finished, although we’re pretty much there in submitting a permit for the nuts and bolts of it.”

“The biggest thing here is that it’s going to be something new and fun and it still is in the gayborhood.”
—Nick Post tweet this

The restaurant in the hotel, which Whyburn said has operated only a few hours a week, is also getting a renovation and will become Silhouette. The renovations will take place in three phases with La Bootz being first, Silhouette second and Club Exile third.

“We’re going to go for the bar first, and while we’re doing the bar, we’re going to figure out the kitchen as far as what we can use in there and what we have to replace. That’s an extensive kitchen renovation because it’s in bad shape,” Lagatta said. “The lobby is going to move from where it traditionally was to the middle of the building, so we will have one lobby that serves the hotel, the bar and the club and probably the gift shop. Then [in the former lobby area], the restaurant will be expanded to include the lobby. … It will be an expanded restaurant, and we will be able to basically do a banquet for a group that would be renting the entire hotel. So we’re matching the banquet facility to the size of the hotel.”

Owners plan to open the bars with minor changes as soon as they get their liquor license while they continue to work out logistics and even through some renovations.

“As anything else, we want it up as soon as possible, but we’re going to do it right, so I don’t really have a deadline date,” Whyburn said. “It just depends once we get control of everything what all the issues are.” 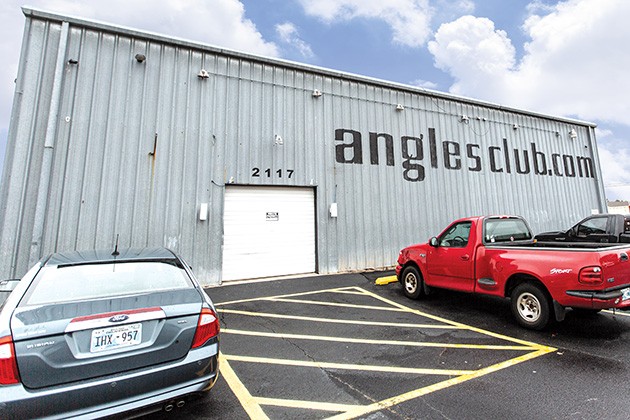 For Nick Post, owner of Angles and the former Copa and Finish Line, closing down two of his clubs was like “a death in the family.” Post managed the two clubs starting in 1994 and became their owner in 2000. He said he even met his partner 27 years ago in Finish Line.

“We had our last dance [Oct. 19],” he said. “People give me stories like, ‘Oh, I met my partner here.’ … Everybody was kind of teary-eyed, and it was a bittersweet night. [Oct. 20,] we had last call because that was our last night to be open, and again, more stories: ‘This is where me and my partner met. We just wanted to have one more drink.’”

When Post bought Angles 12 years ago, he said he basically closed it down to control competition with his other clubs. That also allowed him to use it as a venue for national pageants and conventions.

“Angles has been open like once or twice a month basically. We use it as an event center,” he said. “You can’t close down like the Copa for an [event or convention] when you have a regular dance night every night, so we were able to use Angles to accommodate different groups.”

But now Angles has reopened with regular club hours, and Post said it will be better than ever. The club has new lights and sound technology, and the video screens are now in high definition.

“It’s going to be new and exciting,” Post said. “We’re going to have the best in lights, the most advanced video wall, we’re adding lasers that, from what they tell me, are not in any other clubs [permanently] and we’re going to try to do some different events.”

In combining Copa and Finish Line into Angles, every Friday and Saturday, the club will play country music until 11:30 p.m. and transition into pop and electronic dance music with a live DJ until close. Post said the idea came from the owners of Round-Up Saloon, a gay club in Dallas that plays country until midnight and then pop until close, who told him the model was successful there.

“No one got to Copa until midnight,” he said. “So the crowd that doesn’t come out until after midnight, now they have a place to go, and the cowboys get to go home and go to bed because most of us are older.”