Coburn’s brash, anti-spending approach is admirable to many in this Republican state. 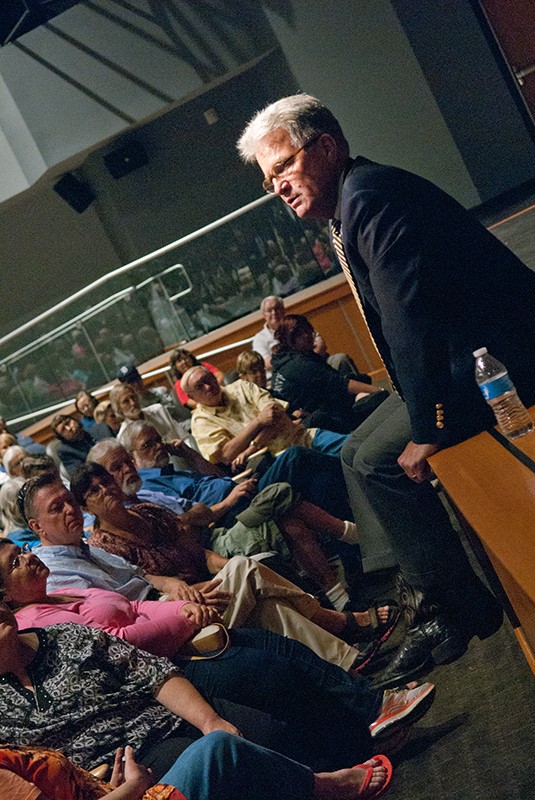 Sen. Tom Coburn is a rock star. At least to the mostly older, ultra conservative crowd that appeared to show up for one of his final town hall meetings as a U.S. senator in Oklahoma City Monday night.

That’s not to say his appeal doesn’t transcend to conservatives of all ages, but for an older generation of Oklahomans that are filled with distrust for the federal government and a strong dislike — if not fear — of the direction of the country, Coburn’s brash and anti spending approach is a message many in this Republic state latch on to.

On Monday night, Coburn answered questions from a crowd of nearly 200, many of which offered strong words of praise for his willingness to call out Washington DC for its high spending ways. However, for all his appeal to the far right, Coburn’s style and talking points are not merely made up of the partisan pandering that has become the norm on Capitol Hill.

Coburn is willing to talk of bipartisanship and compromise. 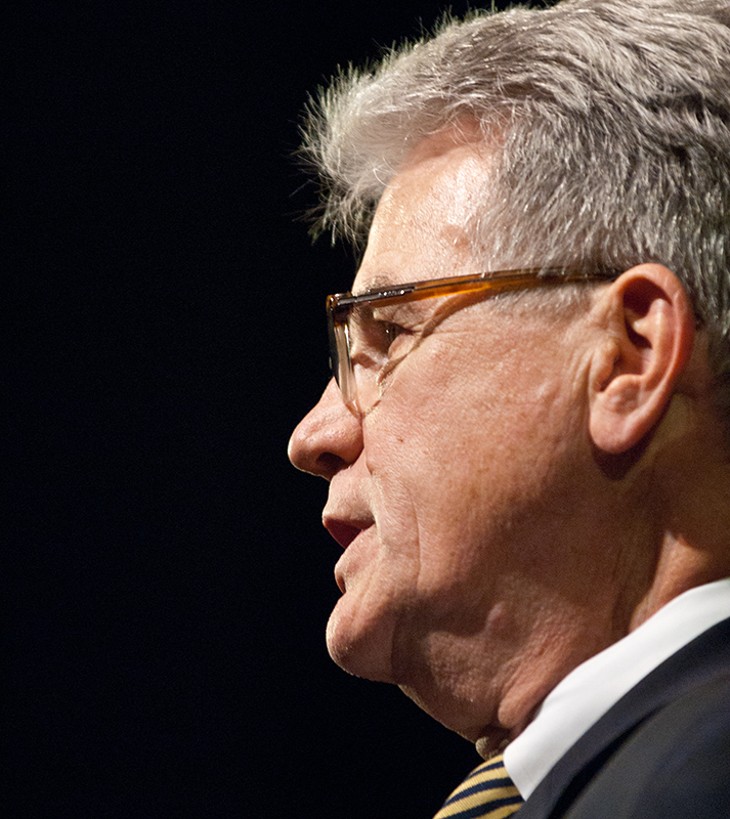 When questions appeared to be based on information from conservative cable news, Coburn was quick to denounce it.

He steered clear of any fear mongering, at least when he wasn’t talking about the nation’s crippling debt, which he said could be the demise of the country. “I’m not known as an insider in the senate,” Coburn said. “But I’m also known as a compromiser.”

Coburn said one of his proudest achievements as a senator has been a willingness to work with others, even those who disagree with him politically.

“I like the Republican label but that doesn’t always mean its right,” Coburn said.

Some questions from the audience were laced with criticism of President Barack Obama and many of Coburn’s own negative comments about the president were met with applause. But Coburn did not look for cheap applause lines through Obama bashing and even defended the president at times.

“He has done a lot [wrong], but so have Republican presidents,” Coburn said to a question about Obama’s use of executive orders. “The president and I obviously have a different philosophy … but I respect him as a man.”

Coburn said he supported the Republican Congress’ attempt to sue Obama and continually said the nation was faced with a lack of leadership. But on some matters, such as the conflict in the Middle East, he came short of throwing blame to the White House.

“I don’t blame our administration because of what’s going on in Gaza … that’s been going on for a long time,” Coburn said. 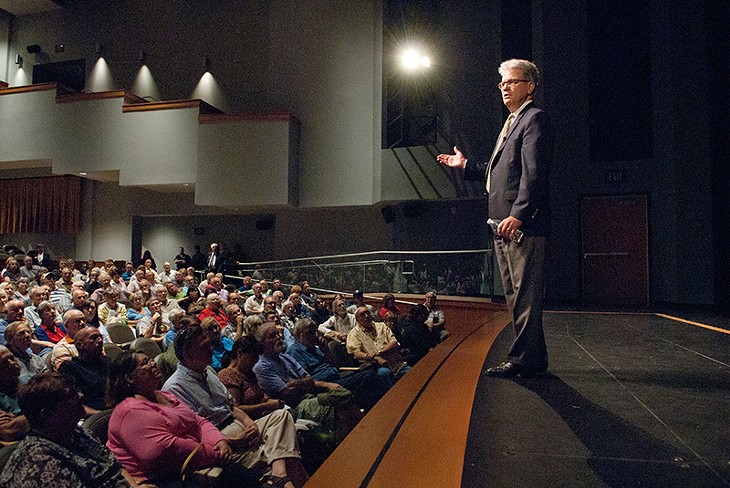 Many of those with questions also told Coburn they were thankful for his courage in the Senate.

What is viewed as courage by his supporters might be seen a obstructionism by his opponents. During his 10 years in the Senate, Coburn has earned his nickname “Dr. No” through a willingness to see legislation and budgets brought to a halt due to a lack of focus on cutting the national debt.

His decision to leave the Senate following the end of this year created a musical chair effect on local elections and left many who will miss the man that ripped up a giant credit card on the Senate floor and puts out annual waste books highlighting unnecessary and absurd government spending.

“I think I can have a greater influence outside of the senate than what I can in,” Coburn said. “As I look at our country today what is really missing is competence, trust [in our leadership] and the idea that we can really accomplish what we set out mind to do. The reason that’s there is we have had failed leadership; Republican and Democrat alike.”

At the end of the town hall the crowd offered a standing ovation and Cobrun’s exit was delayed as he worked his way through a crowd looking to shake hands and even take a selphie or two with the senator.

It was a rock star exit for a man who can make conservatives swoon, and there was a lot of swooning Monday night.