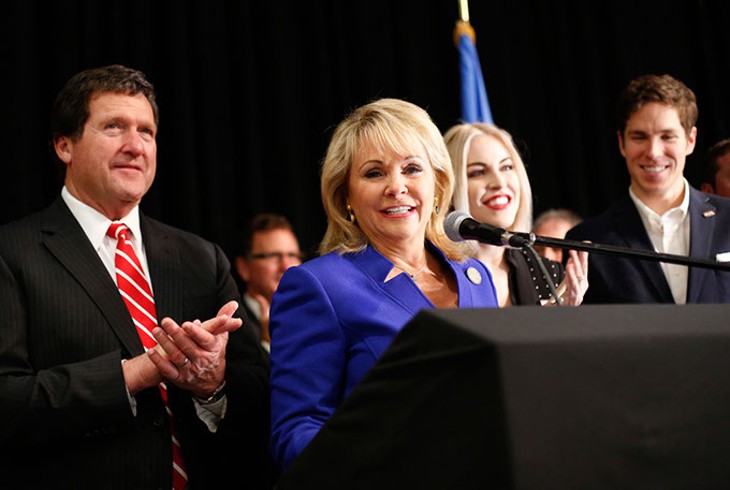 It was a Democratic slaughter with red all over the ballot.

Republicans held onto every statewide seat, retained supermajorities in both the House and Senate and continued to play well in races where changing demographics threatened to flip seats.

“Democrats are on the road to the majority,” said Rep. Richard Morrissette while encouraging a disappointed crowd at Joe Dorman’s watch party.

If that’s true, it’s going to be a long road for a party that held control of the statehouse just a few election cycles ago.

Fallin was expected to win last Tuesday’s vote, but Dorman surprised many with strong poll numbers leading into the election. Democrats hoped for a victory, but a tight race could have offered some momentum headed into the future. Instead, Fallin cruised to a 15-point clincher.

“Tonight’s election was a victory for the conservative policies that have made Oklahoma a more prosperous place to live, work and raise a family,” Fallin said in a statement following her win.

Republicans remained in power by not just championing conservative policies but also playing to the state’s deep distrust of the federal government and the president.

“We don’t need Washington to come fix us,” said Republican James Lankford after winning his bid for U.S. Senate. “In fact, we are sending Oklahoma to fix Washington.” 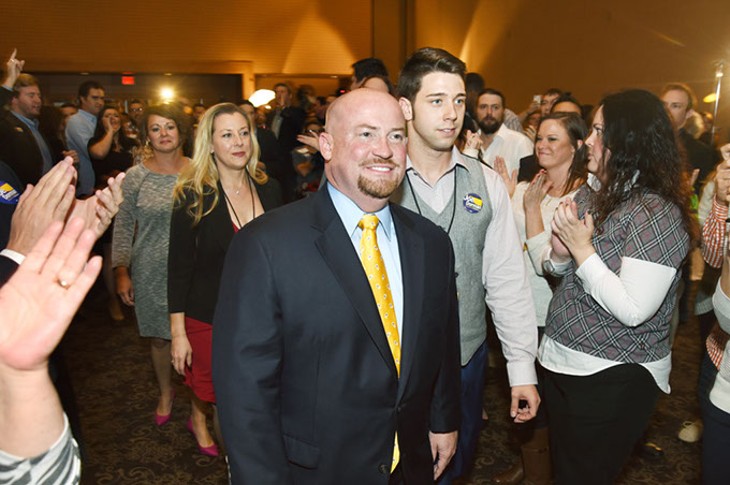 Taking back control of the state House and Senate was never a possibility headed into Election Day, but Democrats felt there were a few seats in OKC that could be flipped. However, Republicans held off challengers in three northwest districts and a southside Senate race.

“I love that the people of District 40 have spoken,” said John Handy Edwards, who lost by 10 points to Ervin Yen in Senate District 40.

In House District 85, Rep. David Dank has held the seat since 2006, and his wife, Odilia, represented the district for 12 years before. Previous elections had shown that the northwest district could be in play for Democrats, although the latest round of redistricting made it tougher.

House District 87 was another urban district Democrats had hopes for, but incumbent Jason Nelson held on with 53 percent of the vote against Collin Walke’s 47 percent.

Besides flipping some urban districts, Democrats also were hopeful for a strong showing in the 5th Congressional race between Republican Steve Russell and Democrat Al McAffrey. Republicans have held the seat since the 1970s, but it has trended more Democratic in recent years and reaching 40 percent of Tuesday’s vote total would have been a sign of growth in the district that includes OKC and most of its suburbs.

Instead, McAffrey won just 36 percent, a point lower than Democrat Tom Guild, who lost in 2012.

The people of Oklahoma spoke, or at least less than half of them did. Voter turnout was projected around 40 percent, reported nonprofit impact journalism website Oklahoma Watch. For comparison, it was almost 51 percent in the 2010 elections.

The turnout rate was the lowest on record for a gubernatorial election since 1962. Out of Oklahoma’s eligible voting population, just 29 percent made it to the polls, which was the sixth-lowest rate in the nation.

“We know what the problem is,” said state Representative-elect Jason Dunnington, who did not have a challenger on the ballot last week. “Low voter turnout. So, [Democrats] need to change that.”

Following the Republican takeover of the U.S. Senate, Sen. James Inhofe is expected to be placed in charge of the Senate Environment and Public Works Committee.

Following his election night victory, Inhofe presented a list of new committee chairs to his supporters and ended by saying he expected to be the newest chairman of the environmental committee.

“If you just look at who will be chairing the committees ... we are going to make our contribution to saving America,” Inhofe said.

Here is a collection of quotes from voters and politicians following last week’s election:

» “We lose our freedom when we allow the government to be the dad of every family. Let’s let dads be dads again,” said James Lankford, who was elected to the U.S. Senate.

» “I don’t get it. I just don’t get it. It almost makes you not want to live here anymore,” said Brett Gaines, a Democratic voter. » “We knew we were up against tough odds,” said Joe Dorman after losing his campaign for governor. “We just need to fortify ourselves. We’ve got a lot of work to do.”

» “This election is very important,” said Republican voter Paddy Penwell. “We really need to get our standards back. And after tonight, we need to continue to support all Republican candidates and elect people who will take care of our future.”

» “Although the outcome did not play in our favor, we are not defeated,” said Cyndi Munson, the Democratic challenger for House District 85 who lost to Rep. David Dank. “Hard work and dedication do not always result in a victory over another, rather a victory in ourselves.”