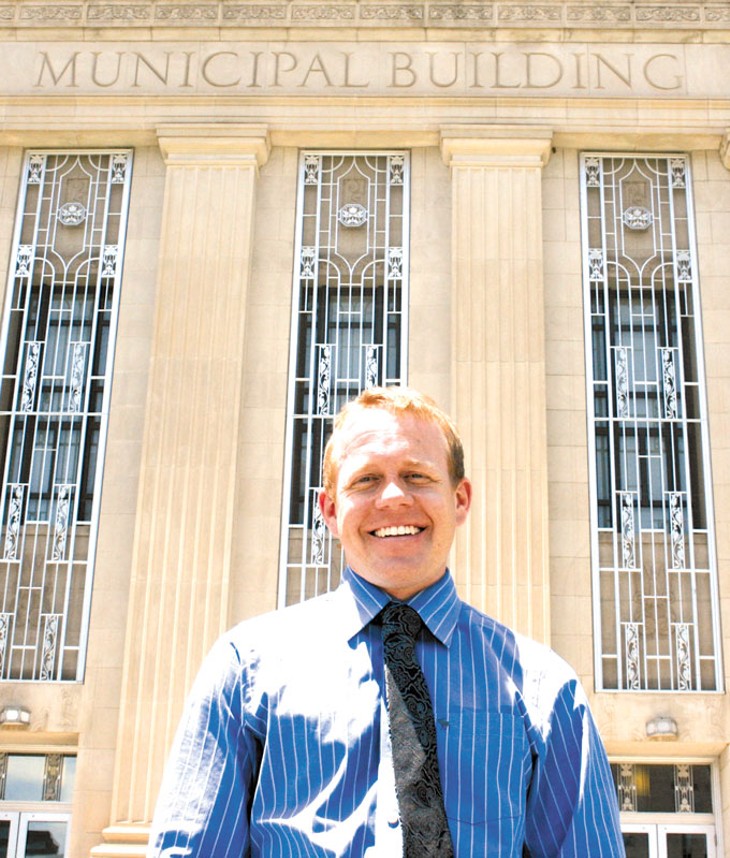 How do we make sweeping and dramatic change to our public transportation system without significant additional funding? How do we make those changes now?

One approach would be for our city to immediately implement automatic traffic signalization priority for city buses. The infrastructure is already in place, as most modern traffic signals in Oklahoma City are capable of being “smart” activated.

By using a transmitter already installed on most EMBARK buses, our city’s Wi-Fi-enabled traffic signals can sense the approach of a city bus and automatically trigger the light to shift to green.

Implementation of this system is also critical for the success of the MAPS 3 Streetcar System and the proposed EMBARK Bus Rapid Transit System (BRT).

Ideally, high-occupancy vehicles that make up key public transit corridors traverse in isolated right-of-ways. The streetcar system was originally proposed by MAPS 3 campaigners to have signal priority. As of yet, the streetcar will only have priority at a few select lights. Whether the BRT transit route proposed along Classen Boulevard and Northwest Expressway has signal priority is also an uncertainty, should that system be installed.

The question is a matter of city traffic management policy and how traffic lights are programmed. The current method is to respond to the presence of automobiles at intersections.

That prioritization is only changed by being triggered by an emergency vehicle or if a pedestrian presses a crosswalk button. But nearly all signal timing is in response to cars, and because of the quantity of cars, the car always wins.

This policy currently forces the speed of buses — and potentially the streetcar and future BRT vehicles — to be dictated by automobile movement.

In a city in which public transit is rapidly becoming a major quality-of-life issue, is it too much to ask that we reevaluate how we prioritize the movement of high-occupancy public transit vehicles?

By eliminating the red lights, our bus system could potentially reduce fuel consumption, saving hundreds of thousands of dollars and increased mechanical wear from additional braking and accelerating. That money could be reinvested into the system for longer hours, increased frequency and extended routes.

It means motorists will occasionally incur an additional 15-second wait time at traffic lights. In a city that is over 320 square miles, the odds are low that the momentary delay will impact most drivers.

With these changes, public transit vehicles will be capable of speedier service, more on-time delivery and greater savings to the taxpayers. And it will make riding the bus, streetcar and a future BRT system a more attractive alternative that might broaden ridership and enthusiasm for public transit.

Jeff Bezdek is president of Bezdek + Associates and a member of the MAPS 3 Modern Streetcar Oversight Committee.