Editor’s note: In the wake of last week’s tragic mass shooting at a gay bar in Orlando, Florida, the publishers and editors of Oklahoma Gazette, NonDoc.com, The Frontier, The Gayly and The Tulsa Voice worked together to craft an editorial that expresses our values in support of LGBTQ communities and in opposition to hate, whatever the form.

Nobody should live in fear.

Nobody should have to experience the horrific violence that unfolded in the early hours of June 12 inside Pulse nightclub in Orlando, Florida.

It should not have happened.

It should never happen.

Yet here we are.

No human deserves to die in a bloodbath of hate and terror and helplessness just to be blamed for it because of their sexual identity. No first responder deserves to step over corpses while hearing cell phones ceaselessly ring as family and friends desperately try to reach their loved ones.

No police chief should ever have to stand in front of victims’ families and tell them what happened was the deadliest mass shooting in modern American history and the deadliest LGBTQ-targeted attack in our nation’s history.

During Pride Month events — and any other day of the year — too many people say, “Gays shouldn’t flaunt their sexuality,” or they should “keep it behind closed doors.”

That early Sunday morning in Orlando, they were behind closed doors.

And they were slaughtered.

While the assault is a hate crime and a domestic terror attack, blaming an entire religion for any hate-fueled aggression is wrong. It also is dangerous and hypocritical. Hate is never OK.

Oklahoma’s hate crime laws have no protections for gender identity or sexual orientation, despite both being included in the federal hate crime definition.

Last month, Jose Vega said he was verbally and physically assaulted at a midtown Tulsa store. A man yelled racist and homophobic slurs at Vega even as he exited the store and walked to his car “because he was wearing a gay pride T-shirt,” according to KTUL.com. He was spit on and punched.

“The entire time he came toward me he had his hand in his front area under his shirt and in his pants. So automatically I thought, ‘He has a gun,’” Vega said.

In 2013, Jim Roth, one of the state’s first openly gay politicians, was physically assaulted by three men outside of an Oklahoma City bar after being publicly degraded with anti-gay insults.

In 2012, an Oklahoma City man watched his car explode after it was vandalized during a nighttime attack. His shirt melted to his body and he was treated for first- and second-degree burns, reported News9.com. The word “fag” was spray-painted on the trunk of his car.

No human should inflict homophobic or transphobic hate — not slurs, not discrimination, not intimidation, not anti-LGBT legislation, not assault, not battery and not murder. Gay, lesbian, bisexual, intersex, transgender and queer people are endowed with certain unalienable rights, that among those are life, liberty and the pursuit of happiness.

Love is love, Oklahoma Gazette, NonDoc, The Frontier, The Gayly, The Tulsa Voice 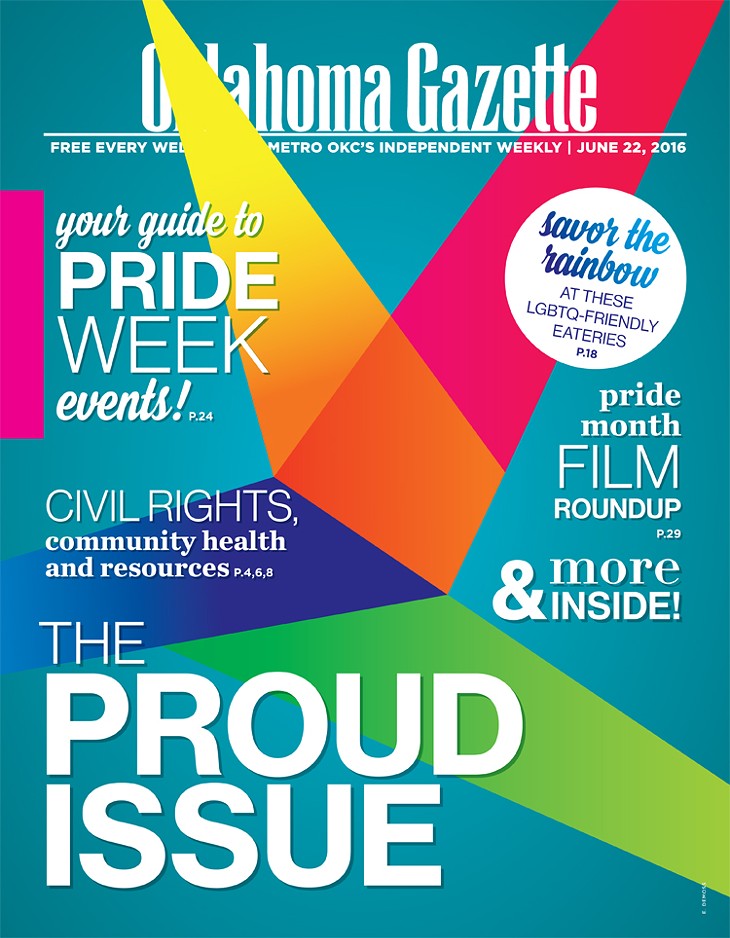