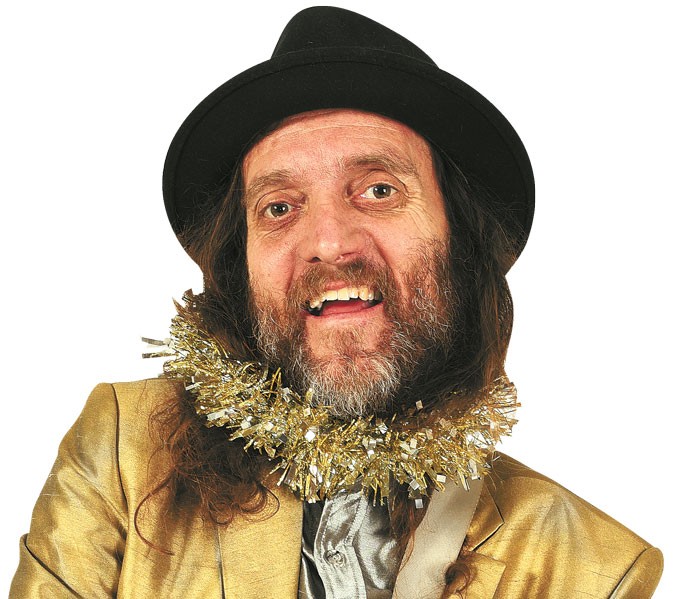 Oklahoma, and specifically Oklahoma City, is the perfect place to be an artist. After living in New York and Shanghai for several years with a brief tiptoe into Saudi Arabia and Egypt, I came to realize this and moved back to my home state. Believe it or not, I have not regretted this decision for a minute.

Each time I came back to visit, I was surprised at how much was happening and by the communal, grassroots push to make a once desolate interstate rest stop crossroads into a thriving, albeit small, artist community. With folks like Lance McDaniel leading deadCENTER Film Festival, Ferris O’Brien spearheading TheSpyFM and Wayne Coyne hosting celebs like Miley Cyrus and opening the wonderfully sordid WOMB art gallery, Oklahoma City has the potential to be a place for artists to live and grow and be unfettered.

And thanks in part to people like Coyne, the envelope is pushed a bit here and there to make more room for all of us. WOMB is where I’ve experienced envelope-pushing art happenings that rival and even eclipse anything else I have seen anywhere in the world. We should not fear sexuality or the vagina or anything like it. Or maybe we should. I don’t know, and that’s not the point.

OKC’s main advantage has always been desolation. It has served me well for many years. An artist can hole up and woodshed to hone his craft and not be distracted by the hustle and bustle of a bigger city. For those who are financially clever, the cost of living is so cheap that rent woes are almost nonexistent. Mix cheap living and our remoteness and bands like Flaming Lips, indie darling Broncho and wise-beyond-its-years Skating Polly thrive.

At the same time, an artist is not created in a vacuum. When said artist is ready to unleash himself on the world, there are ways to do so right here in the metro area. Filmmakers have deadCENTER and musicians have Oklahoma Rock Show on TheSpy and live music venues.

The media here is undyingly supportive of local art of all kinds.

Another aspect I love about OKC is its energy. There exists a positive, encouraging energy in the art scene that’s contagious. As an “elder” in our music community, I have observed how local musicians do not cut each other down. Instead, they support each other. Two of my favorite local bands, Gum and Helen Kelter Skelter, embody this ethos. Earlier today, I bumped into Johnny Bohlen of Them Hounds, and though I had only met him once before (I got to see Hounds play a blistering show), he and I talked like old friends.

This is the Oklahoma I adore.

This energy also is nourished by the film world. McDaniel has so much of it that he turned it into a festival. Last year, I was finally able to attend for the first time, and I was stunned by the event’s scope. I found myself hobnobbing with two producers who also recently produced a Broadway show. They were thrilled that their film was showing at deadCENTER.

At that time, of course, I didn’t know I would soon be producing a film — Calls to Okies: The Park Grubbs Story, directed by Bradley Beesley and Ben Steinbauer — that’s in this year’s festival. Yes, another point I love about Oklahoma is how a person like me can drift between songwriting, painting and producing a film. And here, I love that the inclusion in such varied “industries” isn’t at all surprising to anyone. Thank you, Oklahoma. I love you.

Tyson Meade is a musician, artist and film producer who lives in Oklahoma City. He produced Calls to Okies: The Park Grubbs Story, which screens Friday and Sunday at deadCENTER Film Festival.