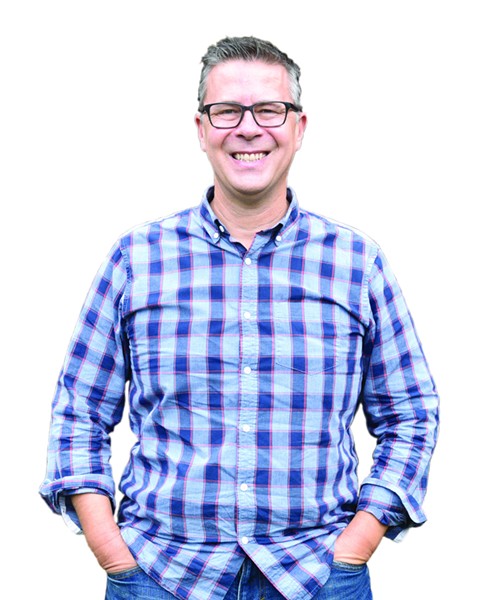 When Bill was my age, he hired a 20-something smartass fresh out of University of Oklahoma and gave me my first full-time job as a reporter. Through my three separate tenures at Gazette, Bill has been an important part of my professional life, and I cannot thank him enough for taking a chance on me, both as the rookie I was in 1994 and the editor-in-chief I am today.

This is one of those rare positive stories about print journalism. For nearly half my time in the business, I’ve lived through painful constrictions in our industry and watched as corporate takeovers by multinational absentee landlords bled local newspapers dry and treated reporters like decimals on a ledger. It happens so often and to so many papers that its incidence starts to feel like the dull pain that no doctor can cure, so you just learn to hobble through the misery.

But when OKCTalk.com came calling, it made sense. Pete got into the business of journalism out of real passion for how uncompromised reporting can make a difference in government, business and people’s lives. He does not worship at the foot of powerful forces or cower when those forces attempt to blunt the truth. If Gazette were to continue under new leadership, the best possible outcome was to have someone like Pete come into the picture. I’m grateful to be answering to someone who isn’t calling in from one of the coasts but can get my attention from the next office. That’s the way things should be in local journalism.

As readers, this impacts you in some important ways. First, because Gazette is being published by a native Oklahoman with a stake in the community and our paper’s ties to it; we are still the same staff we were when you picked us up last week. Second, Pete’s interest in the digital side of our publication, okgazette.com, means you will be seeing more breaking news on our site and regular reports from our new video reporter, Lance West. These advances will add new dimensions to what Gazette will bring you — not just every week, but every day.

All of this comes at a time when the press is under attack — not just from economic forces, but from the highest reaches of power. When President Donald Trump refers to journalists as the “enemy of the people,” he is trying to sow distrust for one of the few real checks on government or business. And it’s not just Trump. At the state and municipal levels, government entities try to keep otherwise public meetings private or hold late-night votes to avoid the sunlight that can be the best disinfectant.

Gazette takes this as a challenge. We will continue to bring you great news, arts and culture, food and music coverage, all with the understanding that we carry a responsibility to be aggressively true when toxic forces say that the “truth isn’t truth.”