Oklahoma’s $270 million settlement with Purdue Pharmaceuticals is a step toward fighting the state’s opioid epidemic. 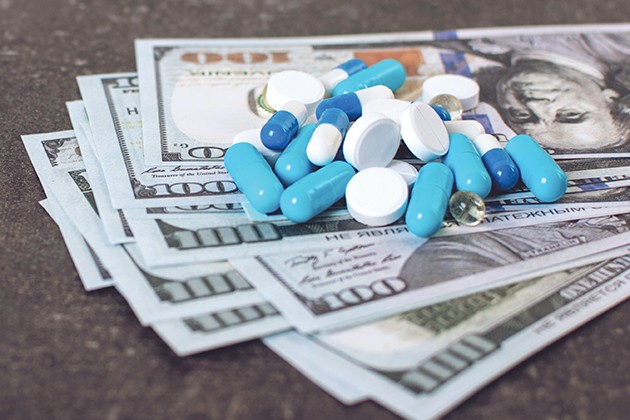 Purdue Pharmaceuticals, the company currently paying dues for the severity and scale of the current nationwide opioid epidemic, recently settled a lawsuit with the state of Oklahoma. The terms of the settlement include Purdue’s payment of $270 million to be used for research on addiction, particularly concerning opioids.

This case is the first of its kind but not the last: In Ohio, there are almost two dozen companies facing over a thousand collective charges relating to opioid deaths. Oklahoma’s settlement raises questions about the future of pharmaceutical companies and the role they will play in the aftermath of this epidemic. The $270 million price tag for the state of Oklahoma is only the beginning. This case represents a small fraction of the impact the company has had on the country as a whole.

Oklahoma currently stands at 10.2 deaths per 100,000 people, but addiction and fatality rates vary across the nation. The opioid epidemic has hit the Appalachian region particularly hard.

West Virginia is among the most severely affected states in the nation; the opioid-related death rate is 49.6 deaths per 100,000 people — over three times the national average of 14.6.

If Purdue and other companies are expected to pay comparable settlements to other states, it might well render them insolvent. The Sackler family that owns Purdue has an estimated net worth of roughly $13 billion and has made billions of dollars off the opioid crisis, but even that might not be enough to satisfy the more than 1,500 local and state governments that currently have lawsuits filed against Purdue. Just days after the lawsuit was settled, major news outlets were already circulating claims that Purdue was considering filing for bankruptcy.

Then there is the hidden reality of the opioid epidemic: Even if it were possible to rein in Big Pharma companies like Purdue, synthetic opioids are only part of the problem. Since 2012, the rate of opioid prescription in Oklahoma has decreased by 30 percent, from 127 prescriptions per 100 people, to 101.5 in 2017. In contrast, death rates from heroin and synthetic opioids have risen since 2012. Heroin is often cheaper and more accessible than prescription opioids. According to a 2009 study by National Institute on Drug Abuse, 86 percent of young urban drug injectors reported using opioids before trying heroin.

Limiting prescriptions will not address those who transition from prescription opioids to heroin to satisfy their needs. The science of addiction has seen several breakthroughs in the past decade. The view of addiction as a disease rather than a choice has been steadily gaining ground, and rehabilitation centers are gradually beginning to treat patients with a medical focus rather than a moral one. In response, governments at state and federal levels have instituted programs to combat both facets of the problem.

In 2016 and 2017, Centers for Disease Control and Prevention awarded close to $13 million to 30 states, including Oklahoma, to track and report overdose data through a program called Enhanced State Opioid Overdose Surveillance. This is one part of a five-point plan put forth by U.S. Department of Health and Human Services in 2017. Along with gaining a better understanding of the crisis through surveillance, the DHH’s other four priorities are improving access to treatment services, increasing availability of overdose-reversing drugs, funding research on pain and addiction and developing a healthier approach to pain management.

Limiting prescriptions will not address those who transition from prescription opioids to heroin to satisfy their needs. tweet this

In many places, Oklahoma is seeing significant improvement. There were 444 deaths involving prescription opioids in 2012, and 251 such deaths in 2017. Part of this is due to overdose reversal medications such as naloxone, which comes in three different forms: a syringe that can be administered by medical staff, a self-administered syringe like those used to treat allergies and a nasal spray. Oklahoma has placed particular emphasis on ensuring people have access to these drugs; Oklahoma Sheriffs’ Association received a donation from multiple state agencies in February allowing it to equip sheriffs in all 77 counties with naloxone. Oklahoma also recently instituted a program allowing people age 19 and younger access to naloxone in nasal spray form free of charge if they or someone they know is at risk.

State attorney general Mike Hunter, who brought the lawsuit against Purdue, made the opioid crisis a major point during his campaign and quickly moved to establish a statewide commission concerning opioids. Authored by state Rep. Chris Kannady, R-Oklahoma City, and Senator Roger Thompson, R-Okemah, House Bill 2368 that would establish Oklahoma Commission on Opioid Abuse, passed the House by a vote of 25-2 in February. The bill is now in the Senate and has been passed by the appropriations and health and human services committees.

However, Oklahoma is one of only 11 states to have no sterile syringe exchange programs (SSPs). In fact, under Oklahoma law, needles and syringes are classified as “drug paraphernalia” and regulated as such, so SSPs are not legal in Oklahoma.

In an effort to reduce the spread of blood-borne diseases such as HIV and hepatitis, most states have SSPs that offer clean needles in exchange for dirty ones. Not only do these programs decrease the amount of needle sharing in these areas, it also decreases the number of dirty needles on the streets, as injection drug users are motivated to find and collect dirty needles to exchange.

The regional disparity in number and legality of exchange programs is staggering. Both Kansas and Texas have provisions in their laws outlawing SSPs, and of the 11 states without such programs, only Idaho and the Dakotas are located outside the southern Midwest.

The opioid epidemic is a complicated phenomenon decades in the making. The response will have to be equally as thorough and multifaceted. The $270 million is one aspect of this recovery process, and while Oklahoma has a lot to be proud of in how it has handled policy and litigation, it still has a long way to go before the work is done.

Nikita Lewchuk is a senior at Harding Charter Preparatory High School. They are currently a reporting intern at Oklahoma Gazette. | Photo provided