University of Oklahoma needs a chief diversity officer. Its public statements prove it. 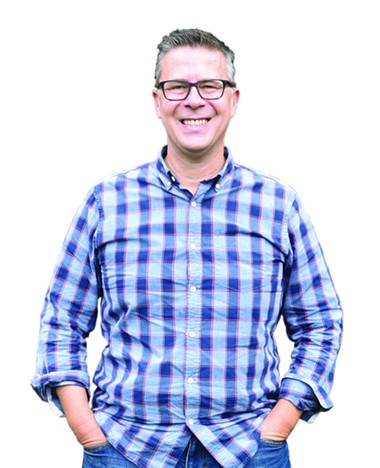 Last week, University of Oklahoma (OU) officials proved they were ill-prepared to address diversity issues when one crisis management attempt backfired and a seemingly good-intentioned message to women came off as retrograde and condescending. The statements were emblematic of the university’s current leadership vacuum, which is sucking the soul out of my alma mater.

Those are all workable adjectives except for “leaders.” The problem is that every single word in the video was uttered by a male.

As a communications professional, I can say with authority that most organizations in 2019 would recognize this video as a public relations misfire at the concept stage. Others who are blind to gender politics or willfully ignorant of them would likely tell the Fox News interviewer, “They’re saying nice things, Tucker! Are we at a point in our society where if we want to say something nice, we should say nothing at all?”

The problem with putting a bunch of dudes in an International Women’s Day video is that it only views women through a prism of maleness, as if that is the only way women can achieve value. There are women who work for OU Athletics, yet they are not to be seen. The video not only takes a patriarchal approach to a celebration of women, but it is also a recent exhibit in the continuing phenomenon of the male gaze in media.

Coined by British film critic and feminist Laura Mulvey, the term “male gaze” refers to the depiction of women solely through the eyes of men, usually as objects. Male gaze can be seen most obviously in the objectification of women in film, television and advertising, but it can also be found in otherwise well-intentioned examples like the OU Athletics video, which apparently ran the traps without anyone speaking up and saying, “Wait! … What if we included women in the International Women’s Day video?”

As a communications professional, I can say with authority that most organizations in 2019 would recognize this video as a public relations misfire at the concept stage. tweet this

It also does not pass the Bechdel test, mainly because there are no women talking about other women. It is just one big sausage fest.

It is also kind of galling that this is how OU celebrates something like International Women’s Day when earlier this year, the dean of OU College of International Studies, Suzette Grillot, was terminated from her position after trying to protect her college from budget cuts and criticizing the secretive process behind the selection of OU president James Gallogly.

OU also earned a “This ain’t it, Chief” for its continued ham-handed handling of race relations on campus. On March 7, OU Daily reported that a Twitter user with the thoroughly amusing handle @JamGoogly published a series of racist text messages exchanged in recent weeks between members of OU’s College Republicans. Many of the messages were in support of the unidentified person who wore blackface while walking on Campus Corner last month. Others condemned U.S. Rep. Ilhan Omar, D-Minnesota, for her comments regarding Israeli foreign policy that have been painted by conservatives as anti-Semitic. The poster claimed that Omar “believes in the eradication of Jews” because of  “her religion and the history of her religion,” and there were texts about Grillot from one student saying he would “break her fucking kneecaps.” The texts were published on the eve of International Women’s Day, though it’s safe to say these members of OU College Republicans wanted nothing to do with either the “international” or “women’s” part of the equation.

In response, Gallogly released a statement saying that the university would be holding discussions with OU College Republicans to “emphasize the impacts such harmful language has (sic) on valued members of our community and to reiterate that the sentiments expressed are inconsistent with our University values” and hoped the students would “contemplate the harm, degradation and fear words can cause.”

What I got from Gallogly’s statement is that words are the problem, and as long as students keep their racism behind closed doors and away from prying media or classmates who might be offended, everything will be fine. Carry on with your racist selves.

Also, while such behaviors are “inconsistent with our University values,” OU is taking no responsibility for shaping the minds of its students. As long as they get good grades and pay their bursar bills, they can be as privately racist as they want to be. The week OU announced that it would create a vice president/chief diversity officer to address social and equality issues on campus, the university proved it desperately needed one.

A couple times a week, I receive phone calls from OU students soliciting donations to the school from alumni. While I am largely satisfied with the education I received from the university, I will not be making any donations until there are both personnel and systemic changes made at the upper levels of the institution. I appear to be in good company — donations to OU under Gallogly are down 31 percent from this time last year. This could be due to any number of reasons, but to deny that it has anything to do with recent administrative actions is to be sliced to ribbons by Occam’s razor.

In the meantime, I will no longer be ignoring those phone calls. I will be letting the callers know why OU will not be receiving any largesse from me and how that can change.