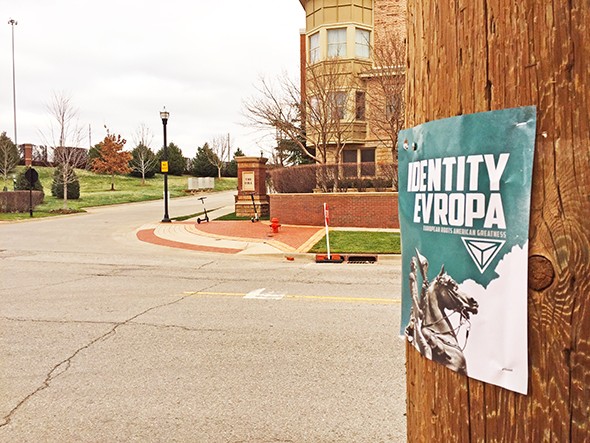 In the days preceding our national celebration of the life of Dr. Martin Luther King Jr., both Oklahoma and the country at large demonstrated that wide swaths of our society require an emergency history lesson. Unfettered racism and enthusiastic ill was the leit motif for the entire week.

Well, so much for Snapchat video disappearing. The internet is eternal, Francie.

Ford was subsequently bounced from the sorority and castigated by sorority chapter president London Moore, and both Ford and Urban withdrew from the university on Monday. While OU president James Gallogly released a statement that called for campus community members to “each take the personal responsibility to create a welcoming and inclusive community,” asking students like Ford and Urban with provably attenuated world views to take the initiative toward inclusivity and acceptance will not work. Their behavior is symptomatic of a greater malaise, one that can manifest itself as a social media disaster or, if cultivated into the systematic degradation of an entire group, lead to human rights abuses and, indeed, the policies that are being carried out on our southern border.

Pettit did go on to meet with former state Sen. Anastasia Pittman, who facilitated some constructive dialogue with members of Oklahoma’s African-American community, but the lessons of the individual that were learned in the spotlight of national shame did not resonate with Ford and Urban. In the Snapchat video, there is no evinced sense from them that what they are saying and doing is grossly inappropriate or that Greek system minstrelsy has no place in 2019 social media or society at large.

I grew up not far from where Ford and Urban were raised in the south Tulsa/Bixby/Jenks area at a time when my high school was far more homogeneous than it is now. I understand the bubble of white privilege and how limited experience with other races and religions can result in terrible, uninformed attitudes. It is a cocoon from which to emerge, not to reside. Great privilege should come with great responsibility in an ideal world, but as other incidents from last week proved, such a utopia is not within our grasp right now.

During Jan. 18’s March for Life, an annual Washington, D.C., event in which Catholic school students are bused or flown in for a massive anti-choice rally, chaperoned students from Covington Catholic High School in Covington, Kentucky, clashed with Native Americans demonstrating at the Interior Department for the concurrent Indigenous Peoples March. With many Make America Great Again hats perched on privileged young heads, the confrontation grew ugly as the teens chanted, “build the wall” to the Native Americans and Covington junior Nick Sandmann, himself wearing MAGA headgear, stared down 64-year-old Vietnam veteran and Omaha tribe elder Nathan Phillips with a smug, rictus smile.

The Covington kids were clearly not instructed by either their faculty or parent chaperones that it is idiotic to chant “build the wall” at the descendants of the first people who lived in this country. It underlined the truth about President Donald Trump’s proposed border wall: Whether it is metal barrier or a concrete wall, Trump’s $5.7 billion boondoggle is a symbol of white exceptionalism.

Whatever Sandmann does with the balance of his life, the wire photos of this confrontation will be part of the history of how racial and social intolerance were ginned up to sow electoral divides in our country. They will reside forever with the other dark truths of our nation, alongside the photos of University of Nevada Reno student Peter Cvjetanovic marching at the 2017 Unite the Right rally in Charlottesville, Virginia, chanting “You will not replace us” and “Blood and soil” while wearing an Identity Evropa polo shirt.

A few days before Sandmann became the poster child for privileged ignorance writ large, I was in my office, savoring the news that recently reelected U.S. Rep. Steve King, R-Iowa, had been stripped of his congressional committee duties after voicing some seriously unreconstructed racist attitudes in a Jan. 10 New York Times profile.

“White nationalist, white supremacist, Western civilization — how did that language become offensive?” King said. “Why did I sit in classes teaching me about the merits of our history and our civilization?”

House minority leader Rep. Kevin McCarthy, R-California, made the right decision to strip King of his committees, but it came only after years’ worth of similar white nationalist statements from King and, tellingly, an election in which King barely squeaked a victory by three points.

But as King was losing power in Congress, his Identity Evropa sympathizers were posting fliers and stickers in Oklahoma City’s Deep Deuce, the historically African-American district that served as the cultural and commercial epicenter for that community for much of the 20th century.

I saw the photos on Twitter Tuesday afternoon and immediately got in my car. I drove the two miles to Deep Deuce, took photos and then tore down the posters and stickers. Simple as that.

Since then, more posters have gone up at Oklahoma State University’s Oklahoma City campus and at Northwestern Oklahoma State University in Alva. People who believe in a just, fair and gracious society should exercise the same First Amendment rights that allow Identity Evropa to post its fliers and take them down. If the incidents in Norman and Washington, D.C., have told us anything, it is that impressionable young people are falling prey to hate rhetoric. And when Identity Evropa posts on college campuses, it is a strategy.


George Lang is editor-in-chief of Oklahoma Gazette and began his career at Gazette in 1994. | Photo Gazette / file