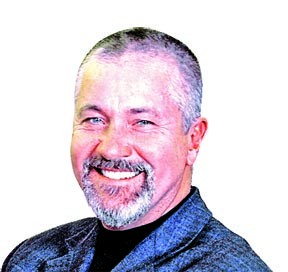 After three decades of ministry in Oklahoma City, the land of my birth and the home of so many resilient, creative and wonderful people, I have come to the conclusion that despite all our loving up on Jesus, we are not very religious. We are people with strong beliefs, even when those doctrines hurt the people we love. We are people with passionate opinions about who is saved and who is lost. We congratulate ourselves endlessly for having some quasi- religious birthright called the “Oklahoma spirit,” but we are not very religious.

The word religion comes from the Latin religare, to “bind back,” to be obligated and bonded — in short, to remember where we came from, where we are going and to whom we belong.

In other words, religion is present when human beings form covenants that honor God by caring for one another.

To be religious is not to have certain knowledge about God’s favorite people or party but to live as if either all of us matter or none of us do.

On that score, I do not recognize Oklahoma’s mean Jesus, the one who persecutes gays and lesbians, the one who turns down Medicaid funds as a political stunt and denies health care to hundreds of thousands of our poorest neighbors. The one who refuses to raise the minimum wage and now prohibits voters in a democracy from raising it by edict of our deeply Christian governor. The one who leads the nation in cuts to funding for public education as a way to show how much we love the little ones, lest a giant millstone be hung around our necks. Is that the Oklahoma spirit?

American evangelical Christianity is now indistinguishable from laissez-faire capitalism and hyper-individualism. Don’t talk about greed in a world of want or you will labeled a socialist. Don’t fund the arts because, as we all know, they are non-utilitarian and do not make us better consumers, only more human. Is that the Oklahoma spirit?

We have a lot of churches around here, and we have a lot of “believers.” But I would not say that we are religious. Rather, there appears to be an inverse relationship between official, approved religiosity and collective compassion. Strange indeed when you consider that on Easter, we did not celebrate the resurrection of mean Jesus but rather the head of the beloved community.