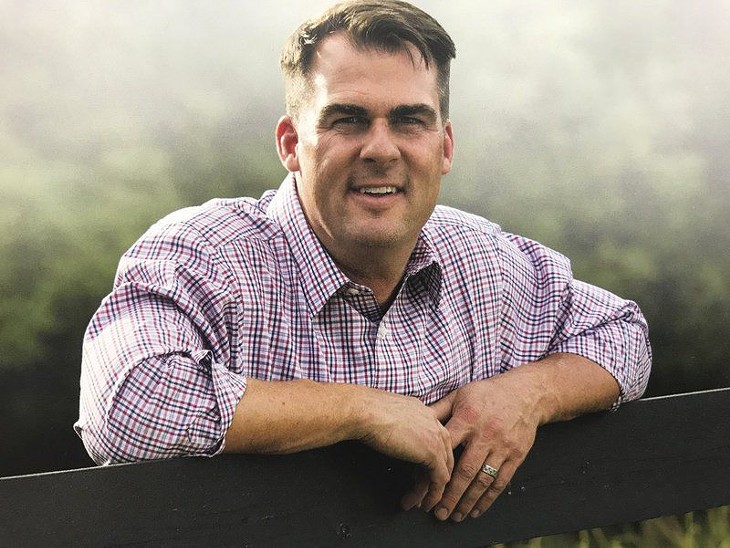 The inauguration of Oklahoma’s new governor, Kevin Stitt, was a series of celebratory events around the state. It ended with a prayer service the day after the inauguration that was timed as a way to symbolize how Stitt will put God first in his new administration.

As a preacher, I applaud the effort of the faith community to wish the governor well. It would be mean-spirited and counterproductive to hope he fails. But it wasn’t exactly “the faith community” that gathered to offer grace. The prayer service was not interfaith, much less interdenominational. At a past inaugural prayer service, one of our former governors expressed surprise that the rabbi approaching the lectern to offer a prayer was a woman. The idea that God calls women to ministry and their congregations ordain them was foreign.

This is a state where women have been described by legislators as “hosts.”

As a Christian pastor, I deeply appreciate the desire to receive a blessing from one’s own tradition. But the citizens of Oklahoma are not exclusively Christian. Our traditions include Judaism, Islam, Hinduism, Buddhism, Baha’i and Sikhism (to name a few), not to mention the atheists, agnostics and humanists. It remains to be seen whether or not Gov. Stitt will honor the traditions, beliefs and values of all Oklahomans. Of the messages the prayer service broadcast, one was certainly that white, male fundamentalist Christians are the only ones who matter.

It was no wonder that when Gov. Stitt took questions post-prayer service about how his faith influences what kind of legislation he wants to see, everyone who isn’t white-male-fundamentalist-Christian held our collective breath.

The most troubling commonality among elected officials who target minorities and hamstring working families is that they all serve as deacons in white fundamentalist Christian churches. For many Oklahomans, the prayer service came across as a dog whistle for more of the same bigotry and intolerance that so many of us have worked to end.

Much to our surprise and relief, Gov. Stitt offered us a little hope. He spoke of our state’s overwhelmed foster care system, our alarming high school dropout and teen pregnancy rates and the havoc wreaked by addiction in our communities. He did, of course, also note that he would sign any piece of pro-life legislation that crossed his desk. While white Christian fundamentalists usually mean “pro-birth” when they use the term “pro-life,” it is worth noting that Gov. Stitt pivoted quickly and firmly. I suggest we be cautiously optimistic that this indicates his awareness that many Oklahomans are interested in caring for people from conception to grave.

Gov. Stitt claims to be focused on turning around the economy, education and health care in our state. So let’s take the governor at his word and ask him to show us his faith by what he does. Expand Medicaid so thousands of Oklahomans can get health insurance and help rural Oklahoma hospitals stay open. What could be more pro-life than that? Be a vocal and actual supporter of ending so-called conversion therapy for minors, which increases the likelihood of depression and suicide among teenagers. This could literally save lives. Lead the conversation to restore refunds for the earned-income tax credit, which can lift thousands of families out of poverty. This would let him wave the pro-family banner with credibility.

Then, with or without a prayer service, Gov. Stitt’s message to all Oklahomans would be, “God bless us, every one.”