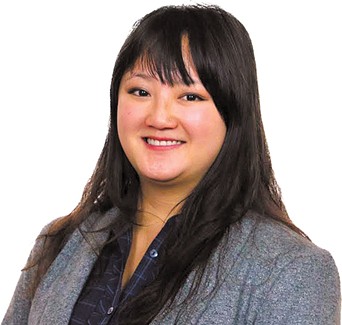 On Aug. 11, 2017, hundreds of protestors representing various neo-Nazi, white nationalist, neo-Confederate and alt-right groups descended on the city of Charlottesville, Virginia. Carrying torches and shouting slogans like “Jews will not replace us!” and “Our blood, our soil,” they clashed with student activists and counterprotesters in a series of violent skirmishes that culminated in the death of 32-year-old Heather Heyer in a vehicular homicide.

On Aug. 12, 2018, the two-dozen Unite the Right 2 rallygoers had dispersed from their Washington, D.C., starting point before their march was even scheduled to start.

What changed in a year? For starters, the organizers of the 2017 Unite the Right rally have been struggling with legal issues. Richard Spencer, advocate for the return of the Third Reich, lost his Patreon fundraiser. Christopher Cantwell, dubbed “the crying Nazi” for the tearful video filmed days before his arrest for the illegal use of tear gas during the protests, was banned from entering the state of Virginia.

But the biggest difference in Washington, D.C., this year were the thousands of anti-racist counterprotesters who flooded the streets to disavow the white supremacist, homophobic, anti-Semitic messages that dominated in 2017.

Here in Oklahoma, we’ve seen what the power of love can accomplish. Just ask regular attendees of CAIR-OK’s annual Muslim Day at the state Capitol, an event intended to increase civic engagement among the 40,000 members of Oklahoma’s Muslim community. The first Muslim Day at the Capitol was met with around 30 anti-Muslim protestors who shouted at — and even spat on — the Muslims who entered the Capitol building to spend a day learning about the legislative process.

In 2018, the two anti-Muslim protestors who showed up were easily dwarfed by the dozens of members of the interfaith community, who carried signs that read “We <3 Our Muslim Neighbors” and “You are Welcome and loved!” and greeted attendees with smiles, hugs and handshakes.

For months, our nation watched violent neo-Nazis in the form of the “alt-right” grow in prominence and strength. Now, for many of us, the time has come to fight back — not necessarily to meet violence with violence, but to stand up against the hateful bigotry that can dominate public discourse, to demonstrate that love and acceptance and tolerance are the values of our community and that hate has no place in our hearts, our homes or our communities. Silence and complicity are no longer options if we want to resist the tide of hate and fear.

Action takes many forms. We resist from the streets, in the courtroom, at our capitols, around our dinner tables. Whatever you can do, understand that remaining silent in the face of evil is no longer an option.

Veronica Laizure is the civil rights director at the Oklahoma Chapter of Council on American-Islamic Relations (CAIR).