'Fiercely local and independent' is not a catchphrase or marketing boilerplate. It’s the philosophy that governs every decision we make. 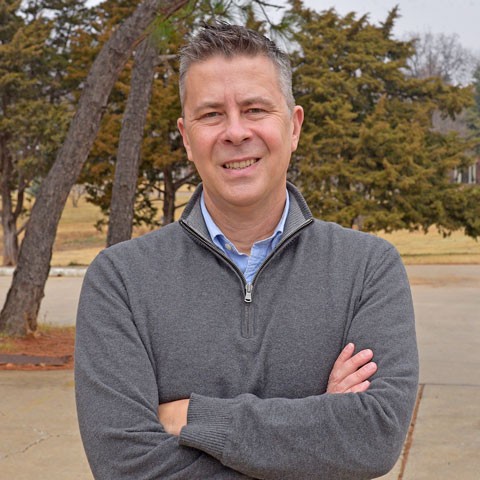 This week, as we put to press our second-to-last issue of 2017, I will spend a good portion of my limited free time crossing off “interim” on about 100 business cards. I am now editor-in-chief of Oklahoma Gazette, without qualifiers or reservations.

As some of you with grown children or actual, non-dramatized memories of the O.J. Simpson trial might know, this is my third time at Gazette. I started my journalism career here in November 1994, and this is where I learned to be a reporter.

My first editor, Mike Easterling, knew from my OU Daily clips how desperately I wanted to be an entertainment journalist, so he promptly disabused me of my dreams and assigned me to cover absolutely everything else: city government, state Capitol, murder trials, sports, race relations and the media business. I covered the bombing of the Alfred P. Murrah Federal Building and drove to eastern Oklahoma to interview people living and hating in a white separatist compound. I also spent a week dressed as a pink bunny and danced on the Classen Boulevard median to report on the misery of costumed business mascots.

Since that time, I actually fulfilled the entertainment reporting dream, both at Gazette in the early 2000s and at The Oklahoman afterward, but it was my original tenure at this paper that shaped my views on the necessity of community journalism.

That’s why I’m here once again and for the foreseeable future. Journalism is a calling, and this is an important time to heed the call.

Journalism is under attack, but it’s not just coming from President Donald Trump on Twitter. Sometimes “fake news” takes the form of aggressive blandness that never questions authority or conventional wisdom.

Public officials increasingly release “statements” to avoid reporters’ follow-up questions. Transactional “advertorial” journalism threatens the credibility of the industry and creates unhealthy expectations of boundless boosterism. In this environment, accountability is a rarity, every restaurant offering is a magnum opus and every new band will change your life. Smart and aggressive journalism detects pseudo-information and sets you straight.

As we near 40 years of continuous publication, Oklahoma Gazette is still owned by its founding publisher, Bill Bleakley. When we first started discussing my return, Bill and I talked about whether, in 2018, we still should consider Gazette an “alternative newspaper.”

It was an important question to ask. “Alternative” once suggested a kind of renegade organization calling foul on staid mainstream journalism, and that worked for many years. But like any overutilized terminology, it ceased to have any resonance. Now, many readers look to us for their primary source of local news and information, not as an alternative to their regular source.

Oklahoma Gazette calls itself “fiercely local and independent” because, in this era, it matters. We are one of the last locally owned media organizations in Oklahoma. We’ve not been bought by a shadowy consortium of investors or by a venture capitalist hoping to advance his corporate or political agenda. “Fiercely local and independent” is not a catchphrase or marketing boilerplate. It’s the philosophy that governs every decision we make.

Last year, under the leadership of my esteemed predecessor, Jennifer Chancellor, Oklahoma Gazette earned a Society of Professional Journalists award for best newspaper in Oklahoma. I will spend every week living up to that honor because Gazette will take being best over being an alternative any day.

Journalists received a ringing endorsement from a well-connected authority this month. It was the kind of pep talk we needed as we close out 2017.

“Your free and responsible voice is fundamental for the growth of any society that wants to be called democratic,” said the highly placed source to a group of reporters, “so that a continuous exchange of ideas and a profitable debate based on real and correctly reported facts are assured.”

Thank you, Pope Francis. Catholic or not, believer or unbeliever, we journalists can use all the support we can get.