Oklahoma, maybe today we’re the 42nd worst bike-friendly state in the nation, but I’m betting that when the next rankings are released, we’ve moved up a few notches. 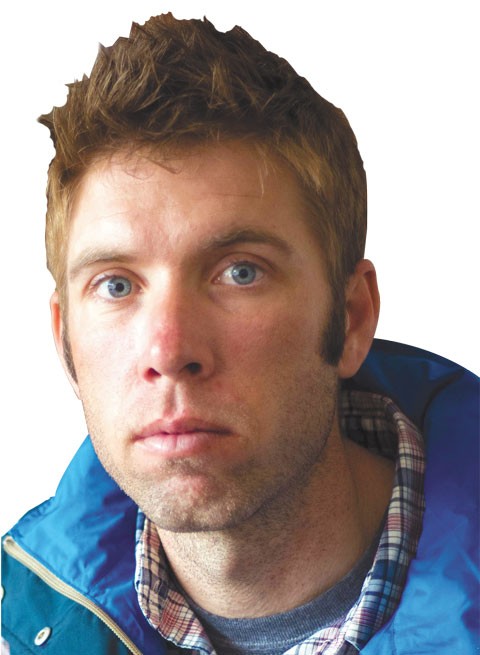 Did you know that Oklahoma is 42nd lowest of 50 states in the ranking system designed by the League of American Bicyclists to determine the most Bicycle Friendly States?

I would have never guessed we were ranked this low. Living here my entire life, I’ve never had the opportunity to spend much time riding on the streets of other states like Washington (No. 1), California (No. 9) or the closest to us, Colorado (No. 6).

Most, if not all, of my time riding in other states is at a race or going to and from a race, so to me, it’s hard to imagine what it’s like riding in a city that ranks as low as we do.

Most of my riding is done in the hills of southeast Norman, around the sod farm in Jones, on the flats out to El Reno and everything in between.

Daily, I spend time riding in, out or through our downtown, often with a pit stop in Midtown at Elemental Coffee Roasters.

Often, these rides take several hours and allow me opportunities to think and see things at a slower pace than I would in a car.

Honestly, while riding, I don’t see a state that ranks No. 42. I see a state that is working toward something great, something more “bikeable,” and a community goal that will take time to reach. But it can — and should — be done.

For example, check out the Film Row district. The bike lanes are amazing. Not only are they clearly defined, but they are done in such a way that they actually accent the theme of the district.

Check out the river trail. Soon you’ll be able to ride (walk, run, skate, etc.) an additional seven miles once the West River Trail, which begins at Lake Overholser and ends at the Oklahoma River Trail, is complete.

Have you heard about the Wheeler District? It’s being developed with an emphasis of bikeability and walkability, and it hosted this year’s Wheeler Criterium series, which provided cyclists and spectators with 24 weeks of racing on a short/closed course.

There are initiatives in the works to further grow OKC’s bikeability by developing bike lanes for easier commuting, too.

This year, OKC hosted the third annual Oklahoma City Pro-Am Classic, a three-day cycling event in Midtown, Film Row and Automobile Alley that drew hundreds of cyclists from around the nation as well as thousands of spectators.

Just this week, on a ride around 100 miles long, we were only honked at by one motorist, and it was followed by a thumbs-up.

So, Oklahoma, maybe today we’re 42nd, but I’m betting that when the next rankings are released, we’ve moved up a few notches.

Let’s keep up the great work.

Chad Hodges is the team manager for DNA Racing, an OKC-based cycling team, and has been a proud member of the cycling community for the last decade.