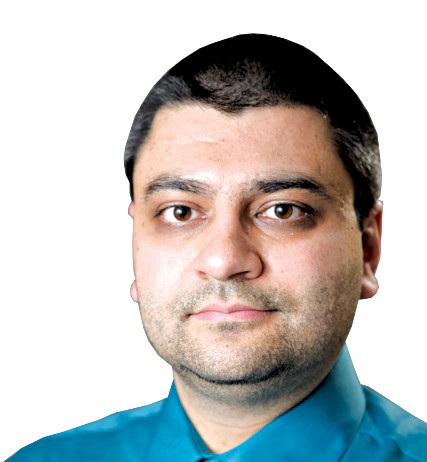 I, like countless other Oklahomans and Americans, will never forget where I was the morning of Sept. 11, 2001. Like a typical college student, I was still asleep when news broke of a plane hitting the World Trade Center in New York.

I was alarmed when my mother flung the door open to my room, speaking to me as she never had before, frantically urging me to get up and see what was happening. In my groggy state, I didn’t take her seriously until I heard her shriek from the living room as a result of witnessing a second plane hit one of the towers.

Sitting on the couch that morning, I couldn’t believe my eyes. Not realizing the extent that this horrific event would change my life and the lives of everyone around me, the scenes on the television that morning were surreal, more suited for an action movie script than a news broadcast. It wasn’t until I attempted to attend my morning class at the University of Central Oklahoma that day, only to find the doors locked with signs reading, “Classes are canceled,” that I came to gather that my life as a Muslim in Oklahoma would never be the same.

The Friday following the tragic attacks, I had planned to attend Jumah (Friday) congregational services at the Islamic Society of Edmond as I had done for years. My mother and father made it clear that I should not attend our weekly prayer service out of fear for my safety. As a young Oklahoma Muslim, I questioned their concerns. Why should I, a person born in America who made the choice to follow the faith of Islam, restrict my activities due to the actions of people that misrepresented my faith?

The magnitude of 9/11’s impact on the Oklahoma Muslim community was felt as I attended prayer services that day. A mosque that was normally filled with close to 200 worshipers witnessed only 20 in attendance at best. Six years after tragedy shook our state of Oklahoma, our nation’s heart was breaking. Unfortunately, at the time, what many Americans didn’t realize is that the hearts of American Muslims were breaking twice — once for the attacks on our nation and threats to our security and once as a result of our faith being hijacked and used to perpetrate a grave injustice. I had trouble accepting the reality that in Oklahoma — and around the nation — Muslims would spend over a decade trying to demonstrate that our faith is antithetical to the actions and beliefs of violent extremists.

Thirteen years later, we have seen little progress in understanding Islam’s place in America. Oklahoma Muslims are still not certain of their acceptance as contributing members of our society. When Muslims in our state have to spend years challenging a piece of legislation aimed at demoting their place in Oklahoma to second-class citizens, how can you blame them?

The time has come for us, as a state, to move past marginalizing our fellow Oklahomans and embrace our growing diversity of varying faiths, ethnicities and viewpoints.

When people ask where the balanced American Muslim voices are, we should be proud to say they have found a home here, as Oklahoma Muslims, in the heartland of America.