Oklahoma’s elected leaders must pay attention to the needs of the born, not just the unborn. 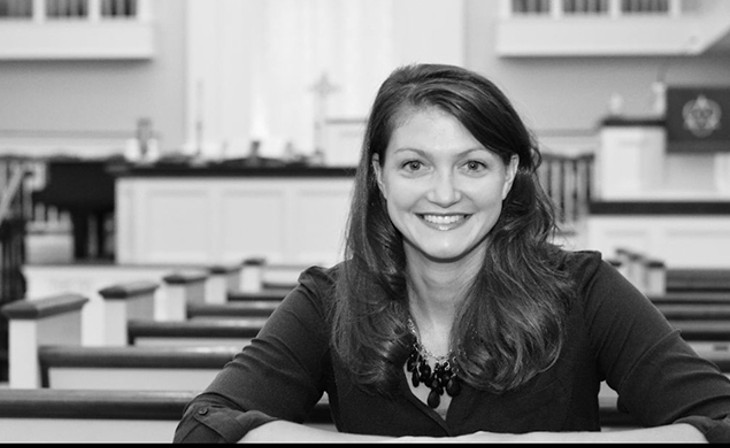 “We have six children. So yes, we’re pro-life.”

When I heard her say it, I wondered if we could blame her mistake on Oklahoma’s record cuts to public education. The quote is an example of a non sequitur, a statement that does not logically follow from the previous statement. Since nearly one-fifth of all Oklahoma public school districts have been forced to reduce the school week to just four days, it’s possible she missed the lesson on logical fallacies because it was cut from the curriculum.

But our underfunded public school system wouldn’t excuse the irresponsible nature of the claim. For those families without children — whether by choice or by circumstance — the words can feel like a punch to the gut. They know that having children does not make you pro-life. It makes you a parent.

To be fair, Sarah Stitt, the spouse of gubernatorial candidate Kevin Stitt, was likely not thinking about the nonsensical argument she was making or the painful impact of her words on people without children as she sweetly delivered those lines for a campaign commercial. She was simply using old language and tired stereotypes. But sooner or later, she and other pro-life proponents are going to have to earn the moral superiority they so dearly love to claim.

The pro-life lobby claims to have a deep dedication to protecting the vulnerable, but that certainly hasn’t been the reality in a state run for the last 10 years by an overwhelmingly “pro-life” crowd.

“The reality of these vulnerable Oklahomans after a decade under the Religious Right reveals that ‘pro-life’ is simply code for ‘pro-birth.’” tweet this

Ask the record number of abused and neglected children in Oklahoma. In Tulsa County, home base for the Stitt family, the number of children who have been abused or neglected jumped 79 percent in the past 10 years.

Ask the thousands of families who are grieving the suicide of their veterans. According to a U.S. Department of Veterans Affairs report, Oklahoma’s military veterans die by suicide at a higher rate than do veterans nationwide across all age groups. We have the highest rate of suicide of veterans ages 18-34.

Ask the families of the 7,560 people with developmental disabilities who are on the wait list for services, some of whom have been waiting for 10 years or more for services and half of whom are children.

The reality of these vulnerable Oklahomans after a decade under the religious right reveals that “pro-life” is simply code for “pro-birth.”

If a person’s ethical or religious beliefs dictate that a child in the womb should be protected from abortion, then they should say so. We know making it illegal doesn’t end abortion, but there is plenty to do to make abortions safe and rare. Protecting the health of women who are pregnant is certainly pro-life. The good news is that we already know what to do to lower the number of abortions: comprehensive sex education and affordable contraceptives. Oklahomans recently celebrated a dramatic reduction in teen birth rates made possible by community collaboration and age-appropriate evidence-based curriculum.

Oklahomans know the difference between being pro-life and pro-birth. We need leaders who understand the difference, too. Serious applicants only please.