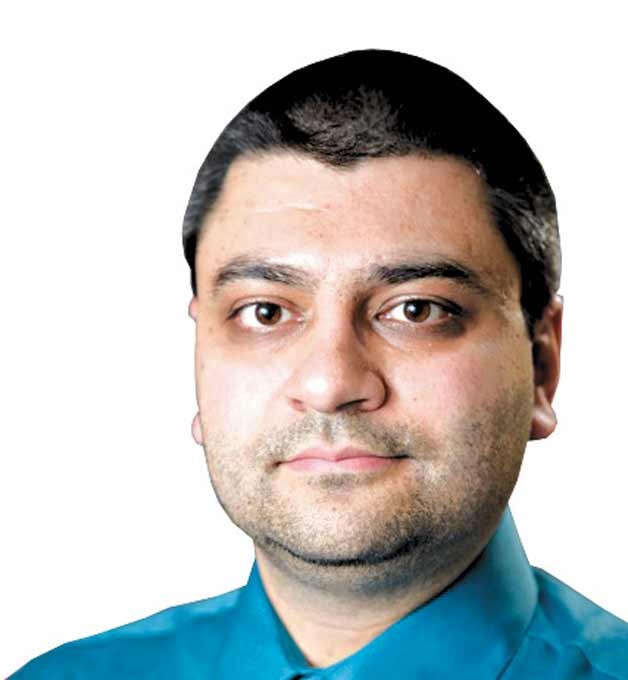 “Give me your tired, your poor, your huddled masses yearning to breathe free ...”

These words are inscribed upon the base of Lady Liberty, a beacon of hope that has greeted those arriving through New York Harbor for generations, representing the idealism and courage of immigrants to our country.

My maternal great-grandmother came to the United States in the early 1900s, fleeing persecution and seeking a home in a place that promised her the freedom she did not have as a German living in Russia at the time.

My father came to the United States in 1977, seeking an education that could not be obtained in his home country of Iran under the Shah.

In both instances, America fulfilled its promise of being the land of freedom and opportunity for individuals who sought a better life for themselves and, eventually, for their families. My ancestors achieved that elusive American dream: They worked hard, raised their families and enjoyed the benefits of the multicultural communities that they embraced.

Put simply, I am the son of immigrants.

My ethnic heritage consists of German, Russian and Iranian blood. My faith heritage consists of Catholicism on my mother’s side and Islam on my father’s side. I married a Palestinian-American Muslim woman, and our children will have the privilege of growing up in a home where we will teach them to appreciate rich cultural and faith traditions they have inherited.

It will be their strength, not their weakness.

The challenge we now face as a country is that we have a president who is making every attempt to turn the strength of our diversity into our weakness.

He is attempting to take the very thing that makes us great — the variety of skin colors, ethnic heritage, language, faith, cultural practices, accents and all the other nuances of human experience, great and small, that exist within the American melting pot — and use it to sow fear, suspicion and hatred.

The Muslim community has contributed to American progress for centuries as teachers, artists, laborers, soldiers, dignitaries, community members and neighbors.

Muslims have been working to promote the American dream since the inception of our country. The time has come for us to embrace that which makes us different so we may turn our attention to building that which makes us great: the promotion of an America where success is not determined by who you are born but by who you become.

American Muslims, be proud and as unapologetically Muslim as you can be.

Do not back down from your conviction that you belong here, indelibly woven into the fabric of American society, whether you are seeing the Statue of Liberty for the first time or whether your family ties go back farther than the first European foot placed on this continent we all call our own.

I, for one, am more proud than I have ever been in my life to call myself an American Muslim, and whether you detest me or honor me, don’t expect an apology.