Oklahomans should voice their opposition to new legislation that would protect hate speech on campus. 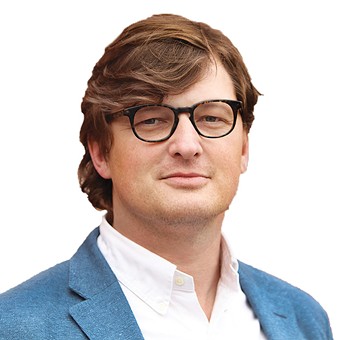 Oklahoma Senate Bill 361 claims to “protect free speech” on Oklahoma’s public college campuses by requiring administrators to allow all lawful expressions of speech — regardless of content — while simultaneously forbidding any responsive protests or opposition. The bill passed the state Senate March 13 on a 36-9 vote and has now been referred to the House Judiciary Committee. While the hypocrisy of this bill’s limitations on some people’s speech in the name of others’ free speech should be enough to kill it, the bill would still be a bad idea without it.

Whether SB361’s advocates intend to or not, their bill would allow hate groups to make public college campuses more hostile toward people of color, certain religious groups and the LBGTQ+ community while also allowing hate groups to more easily recruit new members.  By permitting undue and disproportionate infliction of harm on certain members of our community, SB361 violates our state constitution and represents bad public policy.

SB361 violates Section II-22 of the Oklahoma Constitution: “No law shall be passed to restrain or abridge the liberty of speech.” Additionally, SB361 violates Section II-36A, which states we “shall not … discriminate against any individual or group on the basis of race, color, sex, ethnicity or national origin in operation of … public education.”  Permitting and protecting hate speech on our college campuses does the opposite. SB361 also violates the precepts of our state constitution that “all persons” — not just citizens — “have the inherent right to life, liberty and the pursuit of happiness.”

SB361 will harm more people than it will help. While those who voted for SB361 might not be aware of the historical weaponization of “free speech advocacy” for the cause of white nationalism and supremacy, it is important to note that “free speech on college campuses” advocates have historically used the term as a euphemism for the belief that there should be no limitations, opposition to or consequences for hate speech directed at non-whites.

First Amendment principles and campus restrictions on hate speech are compatible and warranted. Hate speech is protected by the U.S. Constitution’s First Amendment. But this fact is separate and unrelated to the policy debate about whether we should allow white supremacists to openly gather in our publicly funded spaces for recruitment of youth and unrestricted normalization of hateful ideologies.

These hate groups believe that we should be more concerned about a perceived violation of their right to hate speech than we are about the real consequences of such rhetoric for people of color. Those consequences range from engendering systemic fear and devaluation of people of color to outright violence against them via mosque, synagogue and church shootings.

We should not allow our commitment to freedom of speech to be misused in furtherance of spreading ideological hate at the expense of the life and liberty of people of color, religious minorities, the LGBTQ+ community and others. We must reject the false choice presented to us between First Amendment speech protections in general and campus-specific hate speech restrictions. We should also ensure that unwitting state legislators know the bill violates the state constitution.

Josiah Daniel is an attorney living in Oklahoma City.