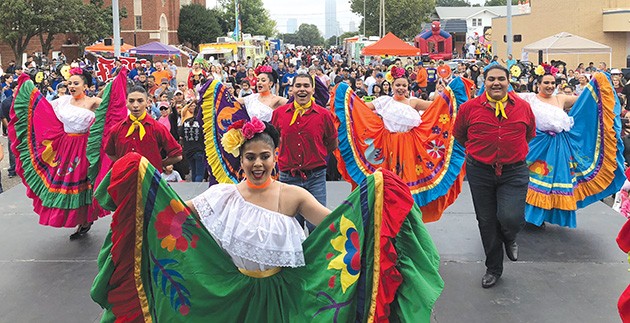 One year shy of its quinceañera, Fiestas de las Americas builds on its foundation with more representation and new entertainment. Calle Dos Cinco’s premier event showcases Oklahoma’s multicultural heritage through a parade and festival as a celebration of Hispanic Heritage Month.

“We’ve added four different countries that will be represented at this festival,” said Miriam Ortega, Historic Capitol Hill promotions coordinator. “To add to the entertainment, we try to add different components like a taco-eating contest, and now we have a big scholarship pageant, which will give the winner a scholarship to the university of their choosing. … We’re hoping to continue to empower our youth, educate our communities and continue to do that by adding different components each year.”

Fiestas de las Americas kicks off with Parade of the Americas at noon and continues through 10 p.m. with activities and live entertainment for the whole family. Ortega said the parade features more than 60 entries, including schools, nonprofits, small businesses and corporations.

“Over the years, we’ve noticed that there have been more cultural groups around the greater Oklahoma City area that have come together as a group and started their own organization,” she said. “We want to be able to support them by giving them a platform where they can showcase their performances, their dances, their colors, their flags, and that’s really what the Fiestas de las Americas mission came to be. We wanted to bring these various communities together to not only preserve but to promote and celebrate.”

The organization is always recruiting more representation and adding activities to its annual celebration. This year, 12 countries are represented through the parade and festival — an increase from last year’s eight. Representatives from those locations will also participate in Travel the Americas, an activity in which parents can buy $1 “passports” to explore and learn about unique aspects of the various countries.

“We wanted to bring these various communities together to not only preserve but promote and celebrate.”
— Miriam Ortega tweet this

Organizers were also conscious about diversifying the stage entertainment, Ortega said, so they included performances by region.

“We’ll have North America, we’ll have South America and the Caribbean and then we have Central America, and we have different performances that will be representing these regions,” Ortega said. “Throughout the day, we’ll have different bands. For the first time, we’ll be having the Stars Band, which will just add to the fiestas atmosphere. We’ll have our traditional mariachi performances, we’ll have Adolfo Urias [y Su Lobo Norteño] closing it and Banda La Excesiva.”

Capitol Hill High School Academy of Arts kicks off the stage performances after the parade. Two of the newest additions to Fiestas — the crowning of two Miss Fiestas de las Americas Scholarship Pageant winners and a taco-eating contest — also happen on the stage.

“In the past, we’ve done Fiestas Royalty, and this was community nominations,” Ortega said. “But what we wanted to do this year is really make it into a pageant that we can showcase the wonderful things that our youth is doing in the community.” 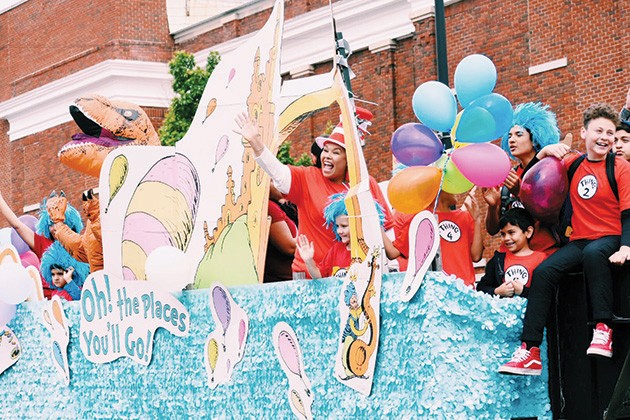 The pageant, which will recognize two individuals for their hard work, academic achievements and dedication to the Latinx community, is Thursday at Yale Theater, 227 SW 25th St. Contestants participate in two age categories, and winners are announced during Fiestas de las Americas.

“We wanted this to be an experience that will help them grow as individuals on a personal level as well as a professional level,” Ortega said. “They’ve been working very hard on it through August and all September with their etiquette class, with their career coaches just to prep them not only for the contest itself but really for whenever they’re getting ready to join the workforce or when they have college interviews.”

The taco-eating contest, sponsored by Taqueria Y Tortilleria Lupita, will be at approximately 5:30 p.m.

“We’ll have 8 minutes of taco-eating to see who will take home the trophy and the title for the whole year,” Ortega said. “That should be really fun. We really wanted to bring something fun, something engaging, something to showcase on the Fiesta stage this year. This is the very first time we’re doing that, so we’re very excited to see how it goes and continue to grow that.”

Organizers have spent the past year planning Fiestas de las Americas and have already begun thinking about next year, which will mark the event’s 15th anniversary.

“It really takes a whole team to bring this festival together with all the different components. We have around 200 volunteers for the day of, but also the planning that really does the whole year. It’s always great to see the outcome — the kids on the floats and families enjoying and having a great time at the different exhibits we’ll be offering,” Ortega said. “It’s a great way for Oklahoma City to come together and really enjoy Hispanic Heritage Month with this event.”

There is no cost for admission, but various food trucks will be selling food at the event.