The center’s success hinges largely on the common mantra “If you see something, say something.” 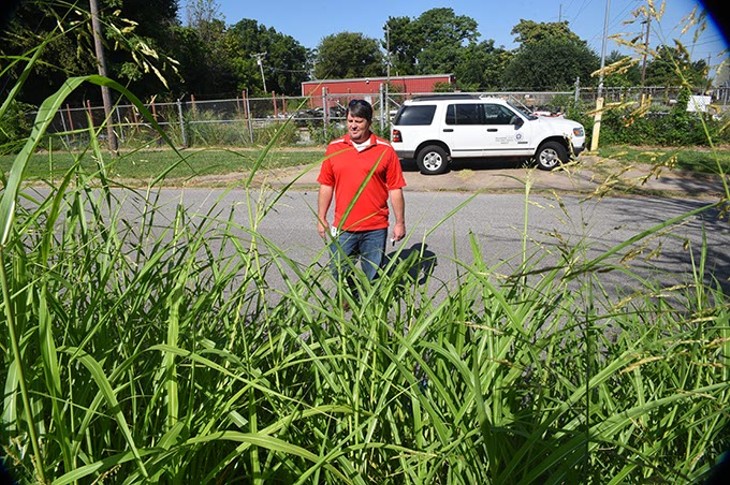 Leadership in Oklahoma City and The Village told Oklahoma Gazette the complaint they get the most is about tall weeds and grass.

If agitation about the neighbor’s overgrown yard causes you Jumanji-like nightmares, there are solutions available to remedy the problem.

Both cities have responsive systems in place that allow them to take action on nuisances such as a lots that promote mosquitos, rats, snakes and other creatures.

And residents are an important part of those systems.

The center depends on residents to let it know about most problems, though Oklahoma City Police also will report them as they see them.

“Don’t assume that somebody has already reported it,” she said.

The center’s success hinges largely on the common mantra “If you see something, say something.”

Crounse said most complaints that come in involve code violations.

“High weeds and grass are always our No. 1 concern that people call in about,” she said.

It’s a code violation to let either grow taller than 12 inches, she said.

When the center gets a community report about overgrowth, its goal is to have a code enforcement officer report to the site within about four days. However, she said unusually high rainfall amounts this year have contributed to a surge in growth, so the city might be delayed in getting to all of them within that time.

Two contractors with several mowing crews work to correct problem properties, and the heavy rains and resulting growth slow them down, too.

David Oen is the city’s chief building inspector, and his department handles the tall grass and weed violations. There are 621 square miles within Oklahoma City’s boundaries, and during summer months, more than 50 complaints come in daily.

After receiving an Action Center complaint, the site is inspected. If the problem is confirmed, Oen said a notice is posted on the front door of the home, the owner is verified through county records and then the city also mails a notice to the owner. The process can take several days.

Then the property owner has 14 days from the mailing date on the letter to correct the issue.

After that, the inspector goes out again to determine if a code violation remains. If it does, contractors are then dispatched to mow. But the service isn’t cheap.

The bill covers mowing fees plus a $250 administrative fee, and if isn’t paid, a lien can be filed against the property and the unpaid amount can be folded into the owner’s yearly ad valorem taxes. And once a property owner has been cited, if he’s cited again within 60 days, the two-week “grace period” is removed and contractors can be dispatched immediately, which means yet another bill for the property owner.

The Action Center hotline is 297-2535, and it operates 8:30-11:45 a.m. and 1-4:30 p.m. Monday-Friday. City residents can file and track most complaints online at okc.gov/action and via the OKC GOV smartphone app. The app also allows users to submit photos.

The center is organized under the Public Information and Marketing (PIM) office. 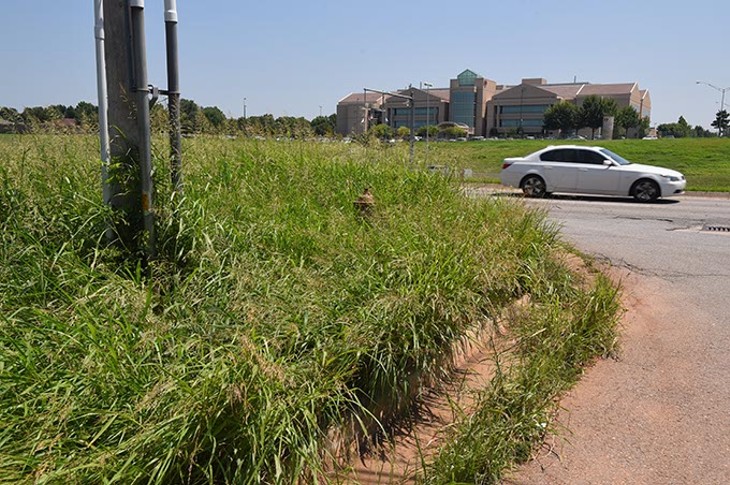 Compared to Oklahoma City, The Village occupies about two and a half square miles, and its upkeep enforcement is more regulated. There, a yard with grass and weeds taller than 7 inches gets a sizable “Public Nuisance Abatement Pending” sign stuck into it.

Even though state law prohibits all cities from officially citing property owners for overgrowth below one foot tall, Village City Manager Bruce Stone told Oklahoma Gazette that the earlier notice is a proactive measure that helps reduce the number of citations given. It also avoids a legal abatement process that is expensive for both the city and for property owners.

And they are noticed.

“[Because the signs are so obvious,] it isn’t the most popular program,” he said. “But it gets the job done … [and it will] let the neighbors know that we know about the problem and are working on it.”

If a resident doesn’t act upon or acknowledge the early warning in The Village, the legal nuisance abatement program is similar to OKC’s. Stone said it just happens less frequently.

Residents can call The Village City Hall at 751-8861 or code enforcement at 751-0493 and can learn more at thevillageok.org. Calls to two other small metro cities, Warr Acres and Nichols Hills, requesting information about their abatement programs were not returned by deadline.

In order to foster better relations, he said the school encourages residents in surrounding neighborhoods to talk over issues with each other before calling the OKC Action Center. Over time, it has worked well.

In addition to dealing with absentee landlords, Thompson said residents have experienced the value of “conversing with each other for win-win solutions.”