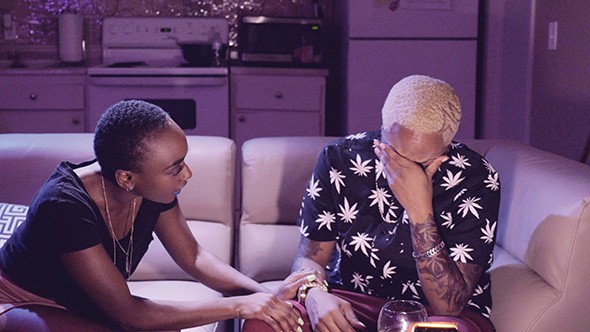 Season two of Scandalous Tales might have taken longer than fans wanted, but creator Alexandria Carr said it almost didn’t happen at all.

“I know that people have been waiting for two years, and so I got to the point where I felt like I was rushing it,” said Carr, who writes, directs and plays the character Nova in the OKC-based webseries. “I think the universe was saying, ‘Slow down. You want to give good content. Just chill out.’ … There was once upon a time that I thought season two was not going to come together because there was just so much stuff going on. People were dropping out; people were backing out; schedules would conflict. It was just so much stuff.”

The first episode of season two, “I Thought You’d Be Happy to See Me,” premiered on YouTube on Nov. 21, but the season’s remaining four episodes won’t be released until 2020. Carr said the new season’s higher production value, spearheaded by new cinematographer John LeVan, means a lengthier filming schedule.

“It’s totally different from season one,” Carr said. “I mean totally different. They miked us up. They had so much equipment, many different lights, different cameras. It was literally like a professional set, it felt like to me, opposed to last season, we had one camera and maybe a phone being used for audio and a light.”

The equipment upgrades gave Carr more freedom to get creative with the show’s visual storytelling, but the commitment to increased professionalism has also complicated the editing process.

“Before, we were able to do maybe two or three takes, maybe two different angles,” Carr said. “Now, to put it all in a really professional way, one episode may take a month to edit for [editor Tomisha Riddle]. We want to make sure that it’s not rushed. We want everything to be perfect, and if not perfect, almost perfect.”

“Maybe I’m just not marketing things right,” Carr said, “but I was surprised not a lot of people are donating, which is fine. I’m OK with people telling us that we’re doing a good job or that we’re touching their lives or that we’re saving their lives. I was just grateful and thankful that we had people step in and say, ‘I’m going to help you do this,’ because without that there wouldn’t have been a season two. And that’s why I’ve got to try to get stuff together for season three, because this stuff is really expensive and it’s been coming out of all of our pockets. At first, all of the actors, including myself and crew, were paying $20 dues each month to help.”

Season two will also introduce several new characters, and for reasons revealed in the first season finale and the second season premiere, at least two characters from season one won’t be returning. Fans might miss their favorites, but so far, the feedback has mostly been positive.

“A lot of people are asking where Sasha (Corri James) is, but people are just going to have to keep watching to find out,” Carr said. “I thought a lot of people were going to be really, really upset, but when we did the premiere on YouTube, we were able to chat with our supporters while they were watching it. … They were like, ‘Man, this is crazy.’ But they were still watching it, and they were like, ‘OK, what’s coming up next?’”

One Sasha-related criticism centered on the lack of a “femme-on-femme” relationship in the season two premiere, but Carr said she’s trying to represent as many different aspects of the LGBTQ+ community as possible throughout the course of the series.

“Because there’s so much depth and so much going on within our community, I didn’t want to just stick on one thing,” Carr said. “That’s why season one was a lot about mental illness and the infidelity and hate crimes, and season two ties in some of that mental illness, but it also ties in religion, because that’s something huge within our community that people outside of our community think that we can’t be religious or spiritual or anything like that. So each season — if I’m blessed to do a season three — is going to be different. There’s going to be different spotlights and points that I’m going to hit because there’s more to us than what’s in season one or what’s going to be in season two.” 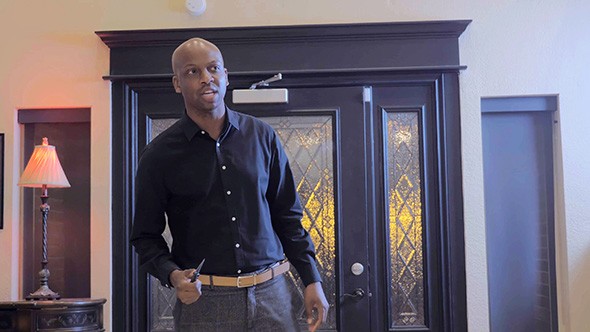 “I’m always going to want to tell a good story,” Carr said, “but I also want to represent how we are for our community. And I feel like that’s never been a conflict because I’ve talked to people that watch the series and they’re like, ‘The L Word is great, but that’s not real lesbians. I look at your series, and you’re showing people that look like me or people that are going through the same thing that I’m going through. It’s reality.’ I want to make sure that people know that we don’t all look one type of way. We’re not all doing the same thing. I always want to tell a good story, but I’m also telling real stories.”

“I wanted to do it because people don’t talk about it, and I was raised religiously and went to church every Sunday morning, Sunday evening and Wednesdays,” Carr said. “When I first figured out that I was a lesbian — and it wasn’t my family that did this; it was other people, which was crazy to me that it was other people — they were like, ‘You’re an abomination. You’re going to hell.’ That’s why it’s so important for me to write what I did, because I lived that, as far as other people thinking that or saying those horrible things, and I was just a child. I was a teenager, and I was already dealing with depression because I didn’t know how to handle what I was feeling, and then I have adults that say they serve God and they’re God-fearing people, telling me this. I was so confused, and when I got older, I realized I can be this way and I can still believe in God. I can still worship God. People just think it’s just black-and-white, and it’s not. … Once the episodes start releasing, I don’t know what type of feedback we’re going to get, but I’m ready for whatever is going to come because I know it was a bold move to actually step out and do that, especially as a black lesbian in Oklahoma.”

While the series continues to attempt to explore what life in Oklahoma City is like for LGBTQ+ people, Carr said it also shows people a different side of an often-misunderstood state. At a conference in Atlanta for webseries creators, she was asked where Oklahoma is and, “Are there black people there?”

“When people think of Oklahoma, they think that we’re still riding horses,” Carr said. “I thought it was pretty hilarious.”