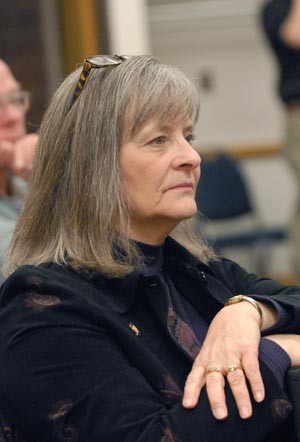 Lawmakers behind some of the most controversial bills and statements this legislative session have drawn their share of opponents — just not on Election Day.

Rep. Dan Fisher, R-Yukon, the author of a bill to alter Advanced Placement (AP) history curriculum to more positively portray American history and its Christian heritage, was reelected without an opponent in the primary or general election in 2014.

Rep. Sally Kern, an Oklahoma City Republican, also drew fire for a series of anti-LGBT bills she is pushing this year, and her criticism of same-sex marriage has landed her in the national spotlight. But, like Fisher, Kern also ran unopposed during last year’s elections.

Sen. Don Barrington, R-Lawton, author of the so-called “Hoodie Bill” that was another attention-grabber with local and national media and drew heavy criticism from civil libertarians, along with some Republicans, was unopposed in the 2012 Republican primary before beating a Democratic challenger in his heavily Republican district.

Rep. John Bennett, R-Sallisaw, who drew attention for his anti-Muslim rhetoric, also ran unopposed in the Republican primary or general election last year, even though he failed to crack the 55 percent vote mark in two prior elections.

These lawmakers are all Republican, the party that holds a supermajority in the state Legislature. Also, each benefits from legislative districts that are heavily Republican, and without any competition from challengers of any party, many are able to run far to the right on a host of issues.

“This pandering is directed at the vocal minority who decide GOP primaries,” said Andrew Rice, a former Democratic state senator. “[This is] a faction that actually has considerable influence over the entire Legislature because of gerrymandering and the political culture in Oklahoma that is easily manipulated with fear and misinformation.”

While Rice is admittedly politically biased, he said the party in power when new district lines are drawn — both Republicans and Democrats — often look for ways to get an advantage.

“The gerrymandering of legislative districts by the majority party, in this case the GOP, is the most detrimental factor right now in Oklahoma in terms of what we are seeing with incompetent government and extreme policies,” Rice added. “Whichever party is in power will protect and consolidate their power and weaken the voice of the minority party via gerrymandering — it is human nature. If Oklahomans want to see more competitive political races and, therefore, moderate forms of policymaking as a result, then they should reform the reapportionment laws.” 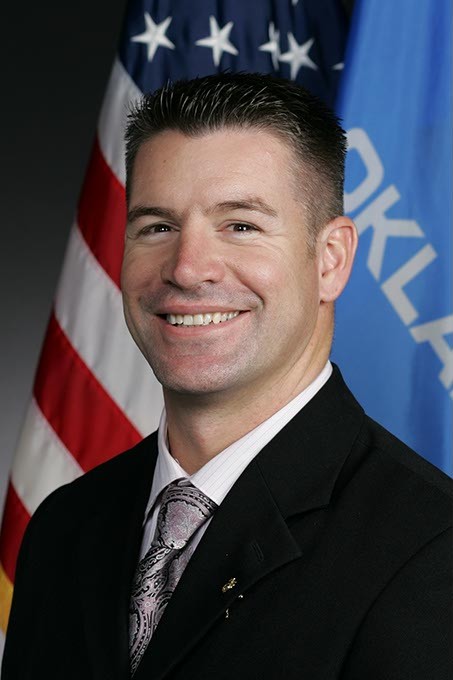 Forrest Bennett, founder of Applied Civics Initiative, an organization that seeks to educate voters, said that redistricting is just one of many reasons the election process can lack competition.

“We can look at the process of redistricting and blame it on legislative districts that are drawn to favor one party or another,” Bennett said. “[But] we can look at money in politics and say that the incumbent’s financial advantage is too insurmountable because he or she has been building their campaign war chest much longer than the challenger, in most cases. We could look at voter turnout, where we would discover that an average of around 30 percent of Oklahomans are voting, and ask ourselves if the real problem is crisis-level voter apathy. We can look at the ever-more polarized news media and recognize that many voters are tying their votes in local and state elections to what’s happening in Washington and misplacing their frustration with Washington upon local candidates. Chances are it’s a combination of all the aforementioned factors and a few others.”

Low voter turnout is an issue in Oklahoma, as just 28 percent of eligible voters cast ballots in 2014, according to the United States Election Project.

Oklahoma ranks near the bottom in turnout, which does not seem to be a partisan issue; New York and California, both liberal-leaning states, also have turnout rates in the high 20s.

Even if candidates like Fisher and Bennett drew a Democratic challenger, chances are they would easily win reelection in their deeply red districts. But Rice said that for lawmakers like Kern, whose district is conservative but has some Democratic pockets, a challenger can keep an incumbent closer to the middle.

“A good example is someone like State Rep. Jason Nelson [R-OKC],” Rice said. “He strikes me at heart as more reasonable and moderate compared to most GOP legislators. Given that he represents a more diverse and politically moderate urban district, it was important for him to have a strong challenge in the general election.”

The lawmakers that seem to draw the most ire from Twitter to The Tonight Show do benefit from uncontested races, but so do many state incumbents. In 2006, half of all Oklahoma state representatives were elected without challengers. The number of unopposed candidates was 43 in 2008. Sixty-one of the 125 open seats in 2012 featured unopposed candidates, the highest rate in 32 years.

“Few people truly understand what an overwhelming sacrifice it is to run for office,” Forrest Bennett said. “If you’re doing it right, you’re spending most afternoons and evenings — and just about every Saturday — knocking on doors. You’re carving out several hours of your workweek to dial for dollars because these days, it takes a staggering amount of money to run a competitive race. You’re essentially putting your personal life on hold, slowing your professional life down, all for the campaign.

“And when, after all that, the candidate — who’s run a good race and raised a lot of money from close friends, relatives and professional contacts, a very humbling and challenging thing — loses by 20 to 30 percent, it’s hard for onlookers to justify making the decision to run in districts that are pretty safe for the incumbent.”