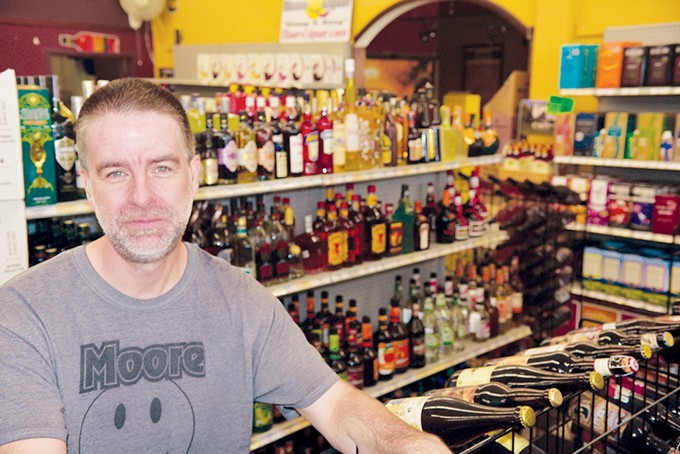 When State Question 792 passed with an overwhelming 65 percent of the vote in October 2016, many Oklahomans celebrated the opportunity to buy full-strength beer and wine at grocery and convenience stores.

As the law is set to take effect Oct. 1, it is already having an impact on local liquor storeowners and retail prices for consumers.

Much more quiet than the publicized modernization of Oklahoma alcohol laws with the phasing-out of low-point beer, the addition of refrigeration to liquor stores and the ability to buy wine and liquor at Trader Joe’s and Whole Foods Market, SQ792 changed the state’s liquor distribution system to a franchise system. The move decreases competition between wholesalers by allowing the state’s two biggest wholesalers to have exclusive rights to large national distributors.

Related Alcoholmanac: ABLE Commission is prepared to issue licenses under new alcohol laws, but a small number of businesses are applying

“It’s very obvious that Senator Bice and former Senator Jolley’s names were on it, but [SQ792] was written by Walmart,” Kerr said.

"There is no silver lining for anyone who owns a liquor store." —Bryan Kerr tweet this

Kerr said that under the old system, national distributors sold to every wholesaler at the same price and wholesalers competed against each other’s bids. RNDC and Glazer represent about 90 percent of the liquor that comes into the state. Instead of being able to buy Jack Daniel’s from seven wholesalers, which he could do a year ago, he can now only get it from one. Over the past five years, the markup on spirits averaged 6 percent, and now it is 17 percent, Kerr said.

A bottle of Crown Royal that retailed for just under $42 last year now sells for over $46, he said.

“That one wholesaler doesn’t have competition, and now they’re only one phone call away from colluding with the distributor on raising prices or decreasing selection,” Kerr said.

The markup on wine affected Mindy Magers, general manager and sommelier at The Pritchard, as early as February of this year.

“I’m out of a lot of things that I would normally carry,” Magers said. “They keep jacking up my costs. It’s going to be an adjustment period to the new laws. A lot of the things I was selling by the glass we can’t do anymore because it is too pricey.”

Bice told The Oklahoman in January that liquor stores have the economic benefit of now being able to sell 85 percent of the beer in the market that was made up of low-point beer.

“For those businesses willing to be innovative and willing to adapt to this change, they’re going to be fine,” Bice told The Oklahoman. “I think there’s a tremendous amount of upside from an economic development standpoint.”

In a pre-election letter written by Bice and Jolley, they said a vote in favor of SQ792 is a vote for the free market that will create jobs.

“How is it a win for the free market?” asked Ali Jones, owner of Express Wine & Liquor at 4015 N. Pennsylvania Ave. “When I started in the 1980s, there were 10 or 15 wholesalers with which you could do business. Now there are only two. There are some estimates that in a year or two, the new laws will put 250 to 300 small liquor stores out of business. We have to wait and see how much business we lose. It was a win-win for grocery stores.”

Kerr said that at least three liquor stores in the Moore and south OKC area have announced that they will close rather than commit the capital needed to retrofit their stores with refrigeration.

At Western Avenue, Chris Hancock, owner of Freeman Liquor Mart, is dealing with the recent news that Jarboe will only deliver products once a week, down from four times a week.

“The hardest thing [about SQ792] is the disruption in the supply system,” Hancock said. “There is no competition between suppliers as there was before. There’s been a lot of increase in markup in the last year. We’ll see what happens in the last 90 days [before the law goes into effect]. They’ll probably bring wine prices down for awhile to make the big-box stores happy.”

Liquor stores have to update stores with refrigeration to sell beer and wine by Oct. 1. Kerr said that the investment is as small as a few thousand dollars for a small corner store and as large as $30,000-$130,000 for larger stores. He said he is putting in about $50,000 for refrigeration.

“In a good business model, you always invest capital to increase revenue,” Stack said. “We are putting money into our capital just so we don’t lose as much. Over the last 16 states that have passed similar legislation, the loss in revenue [for liquor stores] has been a minimum of 25 percent and a maximum of 65 percent.”

Under SQ792, liquor stores’ non-alcoholic sales are being capped at 20 percent. Kerr said that many liquor storeowners were ready for the law to change. Utah is now the only state that doesn’t allow refrigerators at liquor stores, and he understands that consumers want more choice to buy wine and liquor, but he took exception with how the 20 percent cap was implemented.

During his meeting with Jolly and Bice, he asked if grocery and convenience stores’ liquor sales would be capped at 20 percent, but no concession was made. Tennessee put its grocery liquor law into effect in 2016 and marked up wine by 20 percent in grocery stores to protect liquor stores.

“I got to experience how the political system works in real life and got run over in the process,” Kerr said. “There is no silver lining for anyone who owns a liquor store. If people want to stay in the business, they’ve got to get creative and put their head down and power through. There are liquor stores in every state, and the lucky ones will find a way.”