Medical marijuana edibles provide benefits not seen in smoking, but it’s easy to eat too much. 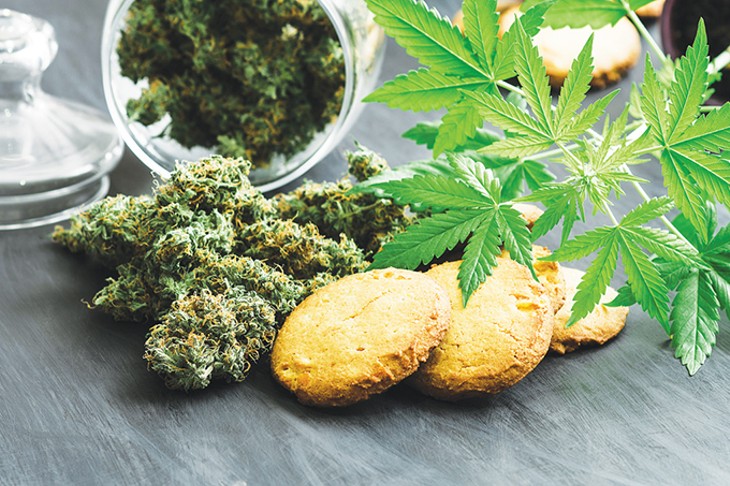 Edible marijuana is a powerful medicinal tool that unlocks compounds not derived through smoking or offered through CBD (cannabidiol), but it also packs a much more powerful psychoactive effect that requires regulation, especially in recreational uses, according to Oklahomans for Health co-founder Chip Paul.

Not last
Supporters and advocates cheer as Oklahoma becomes the 30th state to legalize medicinal marijuana.
By Ben Luschen
The High Culture

Smoking marijuana gets THC (delta-9-tetrahydrocannabinol) into the system faster because it enters the blood stream within 5-10 minutes through the respiratory system. Ingested marijuana become metabolized by the liver, which transforms the delta-9 THC into 11-hydroxy-THC and results in a more powerful and long-lasting effect, which is vital in the treatment of chronic pain relief or for such conditions as multiple sclerosis and fibromyalgia.

“It’s way more effective,” Paul said of ingesting marijuana. “If you’re going to smoke a gram joint, and say it has 20 percent THC, that means the joint has 200 milligrams of THC. If you ingested that much THC, it would wipe out a mule.”

The delayed reaction of ingesting marijuana causes some users to underestimate the oncoming effects and eat too much. Colorado has placed a 10-milligram per serving limit on THC in edibles for recreational use. It also requires that edible packages have clear warning labels and child-resistant packaging.

“In a recreation sense, edibles are extremely strong,” Paul said. “Edibles and oils are the things that should cause people the most safety concerns in terms of making someone extremely stoned.”

CBD edibles have been widely available in Oklahoma since 2017, and while they offer benefits, it’s only part of the total package offered through medical marijuana.

“It’s a push-pull system,” Paul said. “Your internal analog of THC, anandamide, causes stimulation and the up-regulation of things. On the other hand, 2AG is your internal version of CBD and causes de-inflammation and relaxation; it’s the down regulation of things. If you’re looking at treating something like inflammation, believe it or not, you need to go up to go down. It helps, if you’re dealing with inflammation, to give it a little THC hit and counter that with CBDs. You’ve got to have both sides of the system for it to work.”

Related Hemp history: Oklahoma’s State Question 788 is preceded by a lengthy history of demonization and criminalization

While delta-9 THC is the most commonly known and studied chemical compound in marijuana, it is one of many cannabinoids. The delta-8 compound has been found by the National Cancer Institute to facilitate in the treatment of nausea, anxiety, appetite stimulation, pain relief and nerve cell support. Paul said that the delta-8 is one of the compounds that only fully expresses when ingested and not smoked.

The marijuana plant’s flowery bud is the part of the plant most associated with consumption during smoking, but its leaves are high in vitamins K and C while also offering iron, calcium, folate and antioxidants. THC is stored in plants as an acid (THC-A) and needs to be introduced to heat in order to become fully active, but it offers medical benefits even in raw form.

"In a recreation sense, edibles are extremely strong." — Chip Paul tweet this

“In fact, one of the old hippie rumors was that people began juicing hemp in the late ’20s and early ’30s,” Paul said. “It was so beneficial that it was killing the drug companies and … one of the reasons they looked at [cannabis] prohibition was they saw how beneficial hemp was.”

In popular culture, the most famous marijuana edible is the brownie. Meridy Volz pioneered the pot brownie business in San Francisco in the 1970s and ’80s, a story that was highlighted in 2016 by WUNC’s Criminal podcast.

Volz’ famous brownie business got the name Sticky Fingers by accident, but it highlights the importance of heat when cooking with cannabis. On her first batch, she forgot the flour.

“We were left with a pan of just, like, liquid brownie. … We were taking just the batter onto our fingers and just licking it up — and pretty soon — we were way too high,” Volz told WUNC. “We realized that the key to making a good brownie was undercooking the brownies. You don’t overcook the pot that’s in the ghee [clarified butter], which is in the brownie.”

THC has a boiling temperature of 392 degrees Fahrenheit, meaning the active compounds begin to evaporate once it closes in on 400 degrees. Before baking in a 350-degree oven, marijuana must be combined with a fat (in this case butter) for a delivery system. 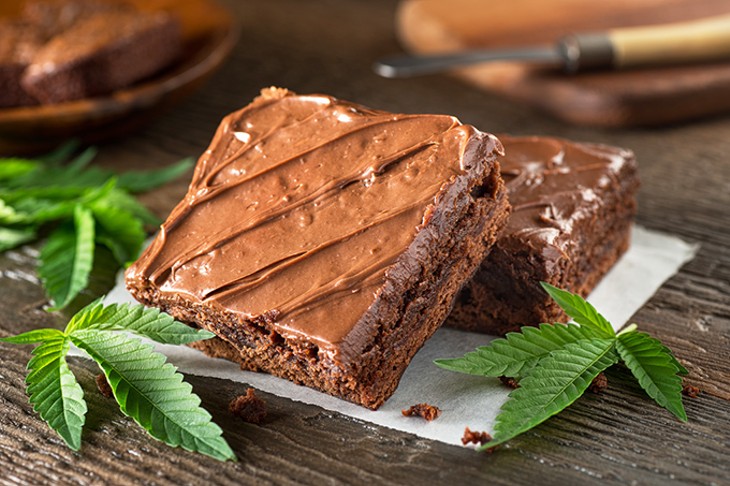 Volz used marijuana leaves that were dried in the oven at a low temperature before being grinded “into a dust” in a food processor. Marijuana leaves are not desirable to be smoked, so they were available from dealers for cheap, if not given away for free, she said. The dust is combined on the stovetop with melted butter to simmer for at least 30 minutes. If the mixture reaches boiling, it will cook off the THC.

“It’s a real different high. Eating pot, you digest it in your stomach and it’s just stronger,” Volz said. “It’s also easy to eat too much. It’s a little bit difficult to gauge how much is in a dose. So there were many, many stories over the years that began with, ‘I ate the whole thing and then dot, dot, dot happened.’ Because we would recommend a quarter at a time.”

“Edibles need to be part of the whole [treatment] system,” Paul said. “It’s a different delivery tool with its own benefits. It’s very important, but there needs to be a little control on edibles.”