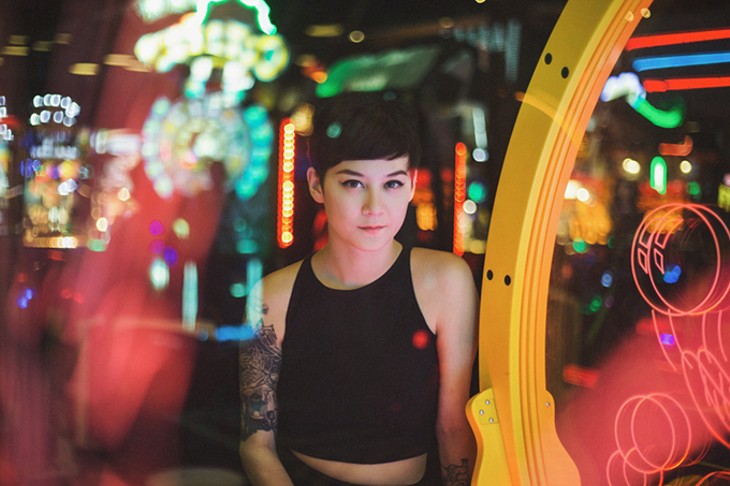 Editor’s note: Oklahoma Gazette is featuring Norman Music Festival performers each week leading up to its 2018 event April 26-28 in Norman.

Around 60 miles off South Korea’s mainland is the scenic island Jeju. The forested island province is known as a tourism hotbed and is marked in the middle by Hallasan, an enormous shield volcano that is also the country’s highest mountain.

Jeju is also home to a centuries-old tradition of free-diving women fishmongers, a tradition Michelle Zauner first learned of a few years ago during a visit to her mother’s home country.

Zauner, the guitarist and vocalist for the currently inactive Philadelphia emo band Little Big League, is most known now for her experimental-pop and indie-rock solo project Japanese Breakfast, which released its critically praised second studio album Soft Sounds from Another Planet in July. Zauner’s project functions as the main headliner for day one of this year’s Norman Music Festival and is set to perform 10:45 p.m. April 26 on the outdoor Lyft Opolis Stage.

Soft Sounds came out just over a year after Psychopomp, Zauner’s 2016 debut as Japanese Breakfast. Psychopomp was written just a few months after Zauner’s mother died from cancer. If the short, lo-fi collection represents the dark, immediate aftermath of significant loss, the more polished Soft Sounds shows listeners how life and love more casually intersect with grief over time.

The album is sonically set in the open vacuum of space. Though the album is often dense with strings, synths and other instrumentation, Zauner achieves a sense of openness with some echoing vocals and otherworldly effects.

Thematically speaking, Soft Sounds deals more with general pain than specific loss, but bits of Zauner’s mother and heritage pop up across the project. Take a song like “The Body Is a Blade,” for example, which is about dealing with the aimless anger she felt at the world after her mom died and pressing forward in life even as it seems to be caving in all around you.

Then there’s “Diving Woman,” Soft Sounds’ epic opener, which romanticizes the women of Jeju who are bound by regimen and purpose that stretches back generations.

“A lot of that song was just about being on the road and being in your own head and missing your partner,” Zauner said in a recent Oklahoma Gazette interview. “I was just really fascinated by these women who had a really direct task at hand.”

Though Zauner has an extensive past with music, the heavy buzz around Japanese Breakfast’s musical output and wide public fascination with her private life that comes from emerging out of a band into a deeply personal solo project has made the past few years a very new experience for the songwriter. When constantly surrounded by newness and uncertainty, simplistic consistency can seem luxurious.

“With music, it’s exciting and fun, but it’s also frustrating that there are so many other elements that are a part of your life,” she said. “It’s not just like you’re playing music. You really have to market yourself and do a lot of interviews. I do so many things that I wish sometimes that I had a more structured life.”


Though on April 26 she will likely be one of the most popular people in Norman, Zauner was not exactly a prep star in high school. She was willfully absent from her senior prom.

“I hated everyone in high school,” she said.

She did, however, attend her junior prom, but on her own terms: bucking gender norms by donning a tuxedo at the end-of-year formal. 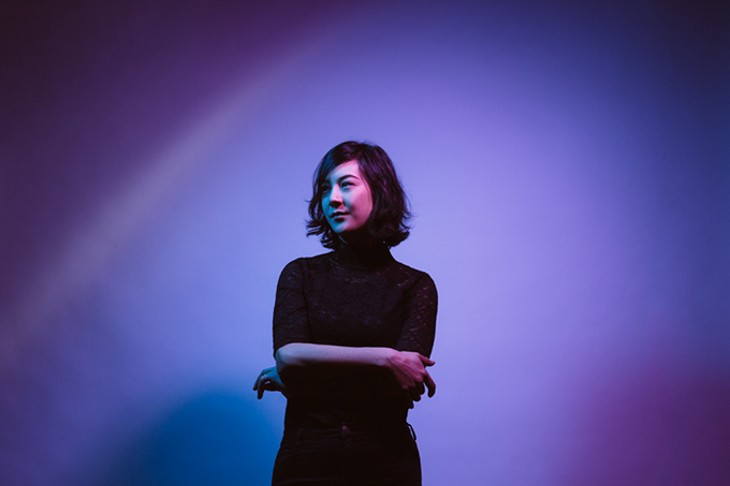 The music video for Soft Sounds’ second single “Boyish” — which is a softer, transformative reimagining of an earlier Little Big League song — features a young Asian-American actress playing a tux-clad, teenage version of Zauner at prom with two other female friends.

The songwriter said she envisioned shooting a video with a school dance theme as soon as she finished recording the Japanese Breakfast version of “Boyish.” But such a project is more ambitious than it might sound. There are actors to be hired, extras to be gathered and school schedules to work around. Sufficiently lighting a school hallway or gymnasium isn’t easy or cheap.

Fortunately for Zauner, the video found funding through a sponsorship with Apple. Unfortunately, the administration at the school they originally secured for the video decided not to let them use their facilities just a couple of days before their scheduled shoot.

“We thought the video was a disaster and just not going to happen,” Zauner said. “We had like 40 extras and a cast of five and a band and all this rental stuff, and I thought it’d all been ruined.”

The shoot was eventually saved by, of all people, Zauner’s mother-in-law. Zauner’s husband is Peter Bradley, who also plays guitar for Japanese Breakfast’s touring band. Bradley’s mother suggested to a producer that her son’s former middle school might be available. The producer checked in with the school and was able to set something up at the last minute.

“I was really happy with the way that it turned out,” Zauner said.

Zauner is still relatively new to the festival circuit, as Japanese Breakfast is entering just its second year of existence. But with upcoming dates at major events like Coachella Valley Music and Arts Festival in southern California and Sasquatch! Music Festival in Quincy, Washington, she won’t be a rookie to that type of environment for much longer.

“It’s definitely really different, and it’s going to be an adjustment,” she said. “I think I’m going to learn a lot about it this year.”

Zauner said playing a festival seems easier in some ways, but the environment presents its own unique challenges. There is a level of intimacy bands have to work to create in the wide-open setting. And while she will be the day’s main headliner for Norman Music Fest, the people in the crowd are not necessarily there to see them.

“[NMF] will be super different because we’re at that end spot,” she said.

The success of Japanese Breakfast allowed Zauner the opportunity to play music for a living. She has hectically toured Soft Sounds since its release last summer, and 2018 will be her busiest touring year to date. It is a lifestyle she has always wanted for herself, but never-ending travel and other obligations take an emotional toll. Though she has adjusted to tour life, it’s hard for it to feel permanent. Everything happens so quickly.

“I keep kind of expecting my career to fail at some point,” she said. “Each year, I’m like, ‘Well, this is the best year I could have possibly asked for.’ And then the next year, it gets busier and better.”

But even while Zauner might crave a moment of peace, she is equally as determined to appreciate every second of her rocketing launch into the stratosphere.

“I’m really lucky that I get to play music for a living,” she said. “It’s kind of what I’ve always wanted, and sometimes it doesn’t even feel real.”