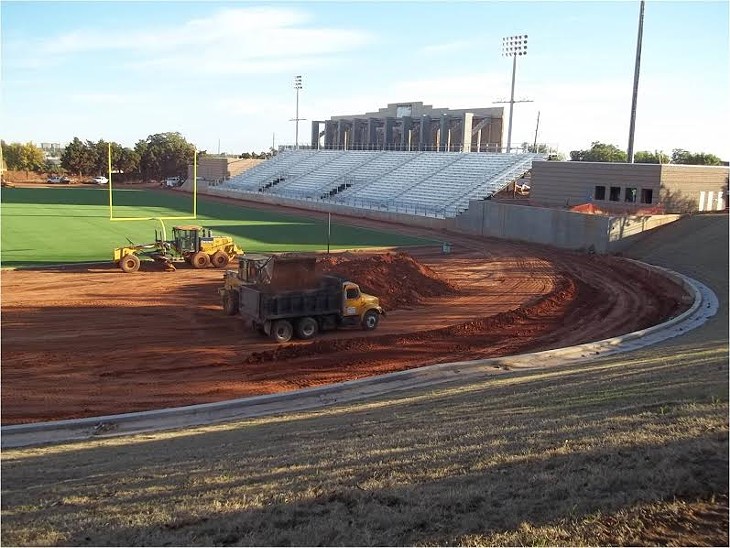 The Oklahoma City council returned to a weekly meeting schedule this week and a light agenda was moved through quickly Tuesday morning.

Following votes on several business items, the council heard a presentation on two stadium renovations and discussed  the recent creation of an urban renewal district in northeast Oklahoma City.

“To me the central issue is should the city council be able to review eminent domain cases?” Ward 2 Councilman Ed Shadid said, addressing a recent editorial in the Oklahoman criticizing him for his vote against the urban renewal district. “Or should it just be three unelected people on the urban renewal board?”

Shadid said he was in favor of the urban renewal district and the use of TIF funds to spur development in northeast Oklahoma City. However, he wants to see the city council maintain the ability to cast a final vote on eminent domain cases that involve the urban renewal authority taking property to make room for new development.

“I’m supportive of the council taking an appeals type decision on these matters,” said Ward 5 councilman David Greenwell. “Sometimes these property owners do not have the resources to take this issue to court. I think the city council is the proper forum for that.”

The council also heard a presentation on renovation projects at Speegle Stadium in Capitol Hill and Taft Stadium in northeast OKC. Renovations are expected to be complete this spring, including at Taft, which will see new seating, restrooms, concessions and an artificial field.

“This is a great example of a private-public partnership,” said city manager Jim Couch.

Other notes from council meeting