There’s no shortage of the proliferation of media, memorabilia and collectibles related to Lee Ann Womack’s 2000 smash crossover pop hit “I Hope You Dance.”

The song, backed by country music band Sons of the Desert and written by Mark Sanders and Tia Sillers, ranks favorably alongside Harry Chapin’s “Cat’s in the Cradle” and Stevie Wonder’s “Isn’t She Lovely?” as the best and most well-known pop odes of parenthood and the generation of tomorrow.

The documentary I Hope You Dance: The Power and Spirit of Song was released in 2015. There are a few books about the tune and a long line of merchandise.

“None of it is mine, though,” Womack said in a recent interview with Oklahoma Gazette.

The mother of two said when she first studied the song, she had no idea how many people would be moved by it. It reminded her of her kids, so she wanted it on her album.

“It wasn’t life-changing for me when I first cut it or anything,” she said. “That came from people’s reactions to it.”

It is important to remember not to define Womack, known as a country traditionalist, based on one song. Her talent demands more credit than that. The Way I’m Livin’, her 2014 and latest full-length release, was critically lauded. 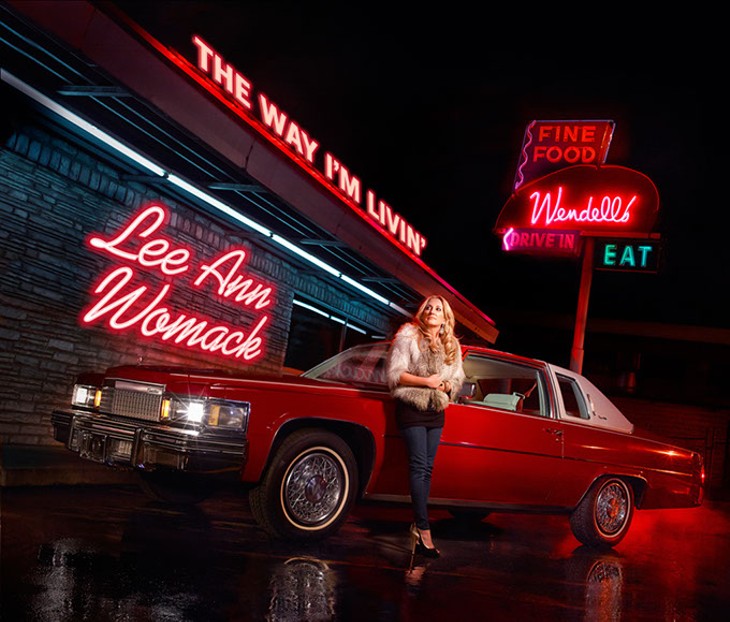 Outsiders might think it is impossible for the artist to escape the song’s shadow, but Womack said in some circles, people don’t ever mention it.

“It depends on the group I’m around,” she said. “In the last couple of years, I’ve been doing so much in the Americana world, they’re not even that aware of the song.”

Womack learned about country music from her dad, who worked at an east Texas radio station. She grew up listening to Ray Price, George Jones and Lightnin’ Hopkins.

“I just remember hearing those kinds of artists and knowing that, even though I was a child and I didn’t relate to the lyrics specifically, I related to the loneliness in their delivery,” she said. “I picked up on that, and whatever they were laying down, I was picking up.”

Womack also grew up going to church with her parents and singing gospel music. The passion in that music still drives her today.

Authenticity is important to Womack, which is evident in her music. She said she does not choose songs with the intention of being relatable. In fact, she usually doesn’t consider the audience.

Not every song can be as ubiquitous as “I Hope You Dance,” and she said she doesn’t need them to be.

Years ago, she used to hate how her travels would take her away from her children. She said she would sometimes bring them on the road with her, but then she would feel guilty about separating them from their friends at home.

Now that her children are grown, she has learned to love the road and embrace the full range of attributes that make her the person she is.

“I’m a daughter, a mother, a wife,” she said. “All those things are who I am, so I try to be true to myself and to my music, but I don’t go out and look for songs that talk about being a mother.”