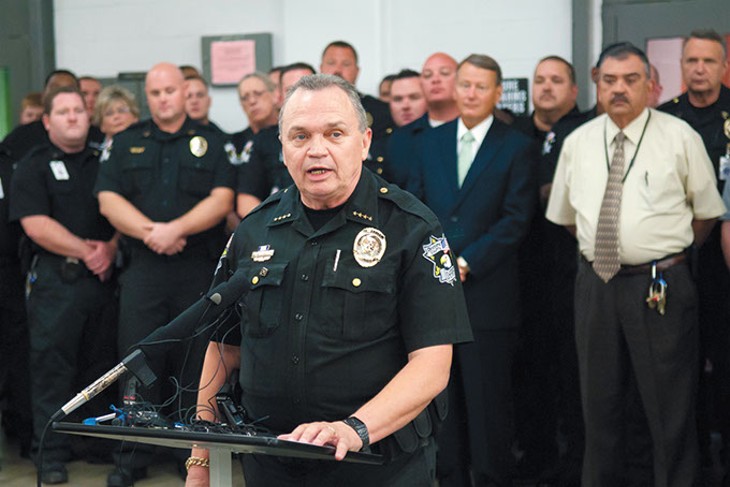 Editor’s Note: This is the fourth installment of an ongoing series about Oklahoma County Jail, its development and history, ongoing structural issues and possible remedies. Visit okgazette.com for ongoing coverage, supporting documentation and more.

Most area residents probably weren’t surprised when, in the last week of August, the Greater Oklahoma City Chamber of Commerce’s leader said a public vote to approve a sales tax vote to raise funds to build a new jail wouldn’t pass.

But don’t be fooled; this issue isn’t going anywhere.

Oklahoma County still faces a potential threat. Its lockup could be closed by the federal government due to health and safety issues faced by its inmates.

That threat comes from the U.S. Department of Justice, which reviewed the jail’s configuration and operations beginning in 2003 after numerous complaints from inmates and their attorneys and dozens of deaths.

The investigation ended in 2009 when the county and federal government signed a “memorandum of understanding,” which formalized what the county promised to do regarding improving conditions for inmates and security staff.

The agreement, valid five years before it expired in 2014, required the county to make changes to how the center was operated and how its inmates were handled.

It’s important to note that Oklahoma County Sheriff John Whetsel and his security team with over 500 members addressed nearly every issue raised by investigators.

But he said a handful of issues — lack of appropriate holding space, natural lighting, recreational areas and staffing — require additional funding to remedy, which would likely require an additional sales tax vote.

Whetsel said that also means a new structure must be built. 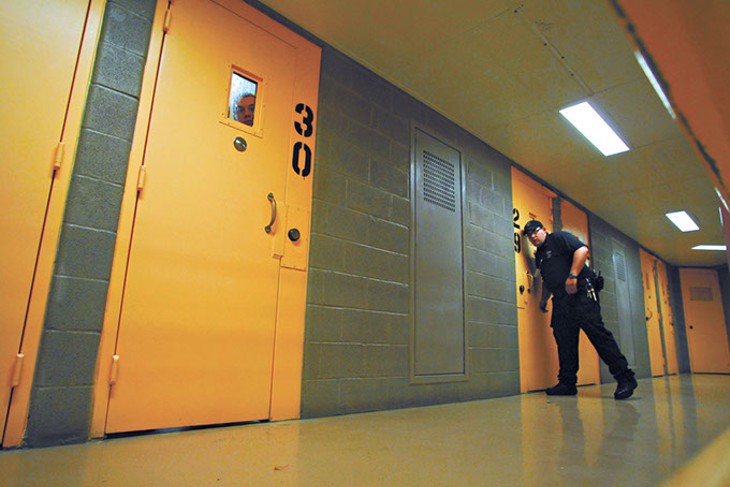 According to a U.S. Department of Justice letter sent to Oklahoma County dated July 31, 2008, inspectors from the agency toured the jail numerous times in 2003 and again in 2007.

Several factors impacted safety concerns for inmates and staff. First, during the 2007 inspection, the facility was holding about 2,500 people, nearly double its rated capacity. Inspectors found as many as four inmates in cells designed for two, with many sleeping on floors. Investigators also noted that overcrowding conditions made it difficult for staff to adequately segregate more serious offenders from the rest of the population, nor could it send problem inmates to disciplinary cells because not enough existed.

They also determined the lockup did not have enough detention officers to adequately supervise inmates, and officers were often required to perform duties that pulled them away from their primary responsibilities.

While the jail installed a security camera system to help monitor pods on each floor, investigators noted that blind spots hindered its effectiveness and inmates often covered cell lights and windows with towels and other items. These issues, they determined, resulted in an “inordinately high” risk of inmate-on-inmate violence, noting that there were 70 such incidents, which resulted in two deaths and numerous serious injuries.

Understaffing also meant personnel was more prone to use forced restraint, which also concerned the Department of Justice, and violence within the lockup was not investigated thoroughly.

Inmates were not adequately screened for potential health problems as they were admitted, and inspectors found similar deficiencies regarding the center’s response to medical emergencies. Mental health needs also were not being met.

They determined the jail’s physical plant was not adequately maintained, along with other concerns involving food preparation, pest control and laundry services.

An agreement Oklahoma County signed with the Justice Department in 2009 gave it five years to remedy the problems. Among other things, it also required the Oklahoma County Sheriff’s Office to study how many detention officers it needed and then get them hired trained and working.

It required closer monitoring of inmates, classifying them and getting them into appropriate areas, better management of discipline programs and to better investigate acts of violence. It also called for improved inmate screening, treatment and care access. In addition, it required better overall facility maintenance.

In 2010, Whetsel reported the sheriff’s office addressed nearly all improvements called for by the memorandum, including cleanliness; food service; inmate monitoring, medical care, classification and housing; lighting; and staffing.

Whetsel also added Jack Herron as the facility’s new administrator, who had 20 years of experience working for the Federal Bureau of Prisons.

At that point, Oklahoma County organized another study committee to evaluate the feasibility of calling an election to approve a tax to fund the development of a new facility to address those concerns.

That study, however, opened the door for politics to enter once again. After looking at the issue for about a year, proponents of the new jail plan realized it’s not ready for a vote.

“The politics of the issue are very difficult,” said Ray Vaughn, an Oklahoma County Commissioner who asked for the latest study. “Basically, what we are proposing is going to require new financing, which we don’t have. Our two options are a sales tax, which I like, and an ad valorem tax, which I don’t.”

Vaughn said Oklahoma County is the only county in the state that doesn’t have an existing sales tax to address these needs, but he also said that argument doesn’t hold much sway with the public.