County Jail Series: For any jail facility to succeed, county, city and community leaders must help plan it

Editor’s Note: This is the fifth installment of an ongoing series about Oklahoma County Jail, its development and history, ongoing structural issues and possible remedies. Visit okgazette.com for ongoing coverage, supporting documentation and more.

“The politics of the issue are very difficult,” said Oklahoma County Commissioner Ray Vaughan as he described political arguments over whether or not voters should be asked to foot another sales tax to replace the county jail.

Many argue the debate must go beyond bricks-and-mortar to include a new jail’s operations, its potential impact on the county’s justice system and on its surrounding community.

Oklahoma County Chief District Court Judge Ray Elliott said he understands concerns county commissioners have about the current facility. He also worries about where a new one might be built.

“Right now, the jail is right over there; I can open my window and see it. Sometimes, it takes three hours to get a prisoner from there to here,” he said. “If a new jail is built five miles from here, or 10 miles from here, are we, as a judiciary, going to have major problems?”

Elliott said a core responsibility of the Oklahoma County Sheriff’s Office is to assist the court system by getting inmates before judges on time.

“You see the potential problem? Do you think that was something the group sat around the table and discussed?” he said. “I suspect not, because they don’t have to deal with that.”

Discussions must include judiciary, district attorney and public defender representatives, he said. Each would add valid requisites as to how a new facility should be operated.

As a daily player in the local criminal justice system, Ravitz witnesses the intense manpower load required to run the current lockup. He also experiences frustration (as do some of his clients) at its lack of adequate booking facilities, attorney-client meeting space and medical and psychological services.

“Most of these issues can’t be remedied, short of building at least an annex building,” Ravitz said. “But that only touches the surface of problems that we see on a daily basis.”

He said Oklahoma County’s Conditional Bond Release Program, for example, works with his and the district attorney’s offices to release inmates while they await trial. The office is located within the county’s administrative building instead of the jail, where people could be more efficiently evaluated to determine if they qualify for the program.

“We only have a finite number of lawyers. If you keep increasing the number of detainees – they arrested more people the first 20 days of August then they did the whole month of July – it just causes more problems,” he said. “My people are walking around with stacks of files, and don’t have enough time to see their clients to even work out a plea bargain with prosecutors.”

He also believes any worthwhile discussion about jail’s future must include his office, the DA’s office, a judge, county commissioners, local police and community representatives.

“There probably needs to be an agreement. Maybe somebody needs to bite the bullet and … say, maybe it is OK to do cite and release for certain minor crimes,” Ravitz said. “If you don’t involve those people and have that discussion, you can build whatever type of facility you want; You will be overcrowded within a year.” 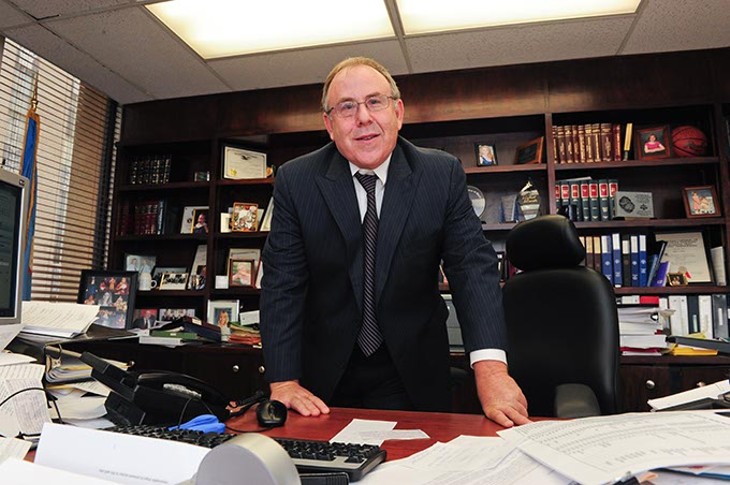 Russell M. Perry, editor and publisher of The Black Chronicle, senses the time may be right for that type of discussion to happen.

Perry believes lack of input from the county’s political leadership at the time the current jail resulted in a chaotic rush to complete a building that ended up not serving the community as well as it should have. He said he sensed a similar urgency more than 10 years ago when Oklahoma County Sheriff John Whetsel convinced commissioners to call an election to ask voters to again fund the construction of a new facility.

Now, however, he said the county’s elected leaders are open to carefully considering and planning a lockup in a broader context that incorporates its future role in the local criminal justice system.

“I think that any kind of bond issue or sales tax … proposed really has to have the support of this city. Our leaders — not only the elected ones, but the ones within the Chamber of Commerce and other parts of our community — need to be involved,” he said. “There is a lot to be said and done in our justice system when it comes to the image of police and our urban community, specifically African-American young men.”

Perry highlighted President Barack Obama’s recent visit to the federal prison in El Reno and his move to commute nonviolent crime sentences, and added that in Oklahoma County’s jail, the majority of inmates are nonwhite.

“We need a criminal justice system that is balanced and fair when it comes to policing, and jailing and punishing,” he said. “We need to come together and make this happen. This truly has to be a community effort.” 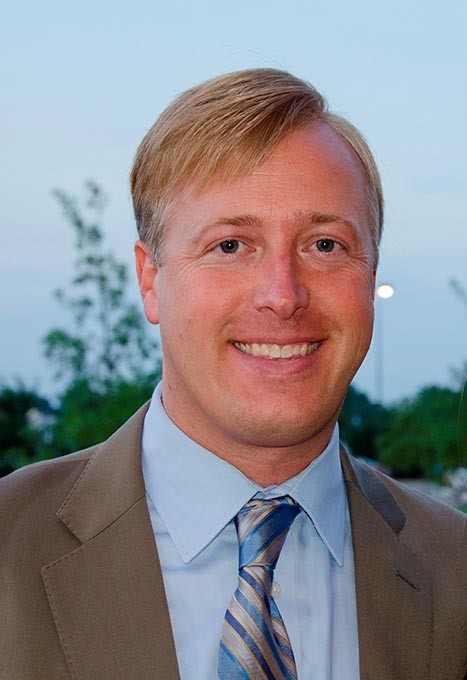 Oklahoma County Commissioner Brian Maughan was the only commissioner to appoint a non-county official to the latest jail task force. He, too, believes a broader discussion is needed.

“Any hope of us getting anything passed is going to require a coalition to build public confidence,” he said. “We need blue-ribbon panel of citizens to really talk about this issue, and not patsies to just carry the water for an elected official who appointed them.”

Commissioner Vaughn, who created the latest jail funding task force, said he is not opposed to considering the lockup’s future in a broader context.

“I think we have to,” he said, and added that evaluations of the proposal are becoming more global in nature as state law, county court system and Oklahoma County services are considered.

“We know where we are headed, and working on it piece by piece, but it is really hard to do without any funding,” Vaughn said. “And there are a number of things in play that are going to help us.”

For one, Gov. Mary Fallin formed a task force earlier this year to evaluate how the state deals with crime, including current criminal statutes.

“They are looking at what state laws need to be amended to make sure we are using our resources correctly and only incarcerating those who need to be locked up,” he said.

Print headline: Lockup lockdown; For any jail facility to succeed, county and city leaders and the public must be involved in its planning.