Overcrowding issues at the Oklahoma County Jail are nothing new. But similar problems aren’t confined to it or to other local county jails. 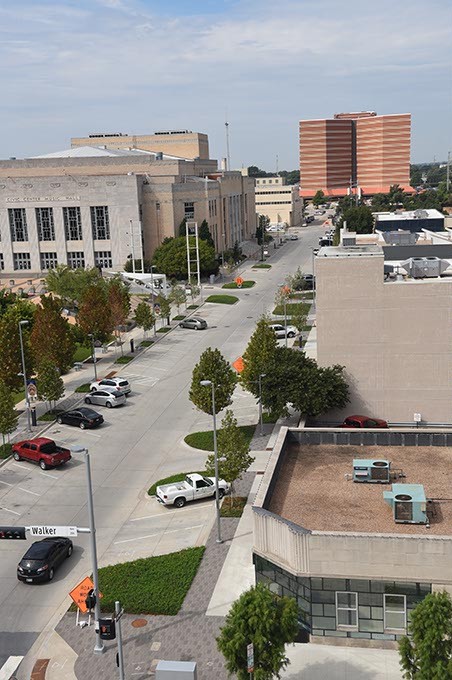 Editor’s Note: This is the sixth installment of an ongoing series about Oklahoma County Jail, its development and history, ongoing structural issues and possible remedies. Visit okgazette.com for ongoing coverage.

Overcrowding issues at the Oklahoma County Jail are nothing new. But similar problems aren’t confined to it or to other local county jails.

State leaders wrestle with overcrowding when it comes to Oklahoma’s prisons, too. The questions primarily remain the same.

First, is there a way authorities could divert people who are convicted of nonviolent crimes such as simple drug possessions or for other crimes committed because of a mental illness or a drug or alcohol addiction from prison?

And is there a political will to accomplish that goal?

In early 2011, it seemed the answer to those questions might be yes.

Then Oklahoma went to the U.S. Department of Justice, Council of State Governments and Pew Center on the States to seek help developing a “justice reinvestment initiative” like ones successfully implemented in other states, including Texas.

The following year, in May, Gov. Mary Fallin signed a law that grew out of that effort. Authored by House Speaker Kris Steele, R-Shawnee, and President Pro Tem Brian Bingman, R-Sapulpa, it called for increasing the use of sentencing alternatives and other reforms to steer nonviolent offenders away from prison.

It required the adoption of diversionary programs for nonviolent and drug offenders within Oklahoma’s Department of Corrections (DOC) and better post-release supervision of felons. Finally, it established a grant initiative in which funds saved through the implementation of those programs could be distributed to local law enforcement agencies to bolster similar diversionary efforts as part of their public safety projects.

But initiative supporters complained in late 2013 that it never really got off the ground.

They claimed Fallin and other state leaders took steps to delay implementation, refused a federal grant to help train public safety workers to implement reforms and dropped support for creating a commission to oversee program activities, according to the Dec. 27, 2013, Oklahoma Watch story “Special Report: How Actions by Governor’s Staff Led to Weakened State Justice Reforms.”

Today, overcrowding in both state prisons and local lockups remain as much of a concern as it was five years ago.

On Sept. 4, Oklahoma County’s jail — originally designed for 1,250 detainees — held 2,719. Only 178 of those, about 6 percent, were awaiting transfer to Oklahoma DOC facilities after being sentenced to prison, meaning the rest had not yet had pending cases adjudicated.

If Oklahoma’s reform program was successfully developed, could it have helped?

“There is this vast misconception out there, by a whole lot of people, that there are alternative programs that can or are being utilized to reduce the jail population,” he said. “That is an absolute myth and misconception.”

Elliott said he and other judges can only sentence a person facing a criminal charge to a diversionary program if a case is heard in court. He added that in many cases, however, the defendant likely is headed for a probationary sentence and about to get out of jail anyway.

“The people who are in the county jail, 99.99 percent of them, are pretrial detainees. In other words, they have been charged with a crime, they have not gone to final disposition yet and they are unable to make bond,” he said.

He added that detainees awaiting adjudication cannot be released from jail.

Elliott said Oklahoma County could ease its overcrowding issue by better screening people when they’re arrested to see if they must be held before answering for alleged crimes. A pretrial release division created by the Oklahoma County commissioners could do more in that area if it was given additional funds and people to do the work, he said.

Elliott said good candidates for an Own Recognizance (OR) request and releases would be granted to people arrested on traffic, simple possession or bogus check complaints.

“For that type of offense, I’d sign that order routinely. But if they are not brought to us, we can’t sign them,” he said. “I see very few [requests] for what really are non-consequential complaints.”

“The best investment the county could make would be to hire someone to go over the jail list on a daily basis and identify those people who are not a threat to society,” Ravitz said. “If they can’t OR or can’t get out on conditional bond, then someone ought to notify the public defender to see if we can figure out a mechanism to expedite the case … Sometimes we can, sometimes we can’t; often, it is a question of person power. But every day I save the sheriff from one person having to sit in that jail is a day we are not paying $45 a day as taxpayers to house him.”

Chance agreed in principle with Elliott and Ravitz’s comments and noted that defendants in federal court who qualify for pretrial release aren’t required to post a bond.

She added that many cannot afford to post bond and face even greater problems due to being locked up.

“There are too many people in the county jail … Those people lose their jobs, if they have a job, or their children are not taken care of, or they lose their home because they can’t pay their rent,” she said. “The consequences of them not being able to make bond aren’t just, ‘I have to be locked up until I take a plea agreement.’ They are so much greater than that.”

Chance added that the same predicament could influence these desperate defendants to agree to unreasonable plea agreements to secure their freedom.

“So, you have got to wonder how that affects the whole realm of justice,” she said.

Chance has more than a casual interest in the issue; in January, Fallin stated in her second inaugural address that Oklahoma must improve its corrections system. Days later, Fallin issued an executive order to create the Oklahoma Justice Reform Steering Committee.

The group, comprised of four subcommittees, examines treatment, programming, policing and sentencing issues, and Chance helps them analyze and develop proposals they will present later this year.

To this point, Chance said, pretrial detention hasn’t been discussed, but she noted that it “is definitely a worthwhile topic.”

Print Headline: Corrections corrections, State, county and local leaders weigh in on the importance of updating our judicial system, not just our county jail.