Whetsel, in his second run for the county’s top law officer position, won by calling for improved public safety for all county residents, not by pointing to problems at the lockup. 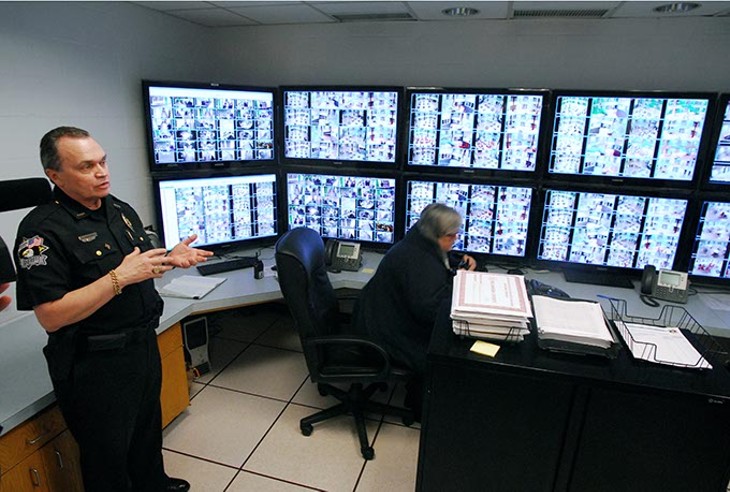 Editor’s Note: This is the third installment of an ongoing series about Oklahoma County Jail, its development and history, ongoing structural issues and possible remedies. Visit okgazette.com for ongoing coverage, supporting documentation and more.

They actually started much earlier and gained a new focus in 1997, when John Whetsel became Oklahoma County sheriff.

Whetsel, in his second run for the county’s top law officer position, won by calling for improved public safety for all county residents, not by pointing to problems at the lockup.

“The jail is just a place we put people that commit crimes, in order to protect our citizens,” Whetsel said last month, recalling his successful campaign strategy. “But the real work to me is on the streets, and I’ve never strayed away from that. To this day, I still believe the issue for us isn’t the jail. The issue is the safety of our citizens, to protect them against crime.”

Necessarily, however, the jail became Whetsel’s responsibility, and he began his term by taking his leadership team to Clark County Detention Center in Las Vegas, Nevada, the jail that served as a design model for the Oklahoma County facility.

The 13-story building incorporated X-shaped pod design, and its exterior included design elements that helped it blend into its central business district setting.

“I didn’t see a whole lot of similarities,” Whetsel said.

One striking difference between the two, Whetsel said, was that Clark County jail’s administrative offices were on its top floor, not on the ground floor like Oklahoma County’s.

“That made them not susceptible to inmates’ wrath of raining fluids down through the plumbing system onto the first floor,” he said.

Additionally, the Las Vegas facility’s design incorporated a medical center to treat inmates. In Oklahoma County, the sheriff was forced to retrofit a detention pod into a treatment facility. Also, Whetsel noted that the Nevada jail offered easier access to its cafeteria and laundry areas than the one in Oklahoma City.

Whetsel determined that a significant problem at Oklahoma County’s jail was the manpower needed to meet inmates’ basic needs.

Whetsel also said there also was no designated area in which inmates could visit with family or friends, so he converted a ground-level public cafeteria into a guest area.

The county also added a video system so that inmates could appear before judges or visit with their attorneys without being removed from their pods.

But other inmate needs still require significant improvement, he said, including providing more space for education courses and personal counseling.

“Programming space is at a premium,” Whetsel said. 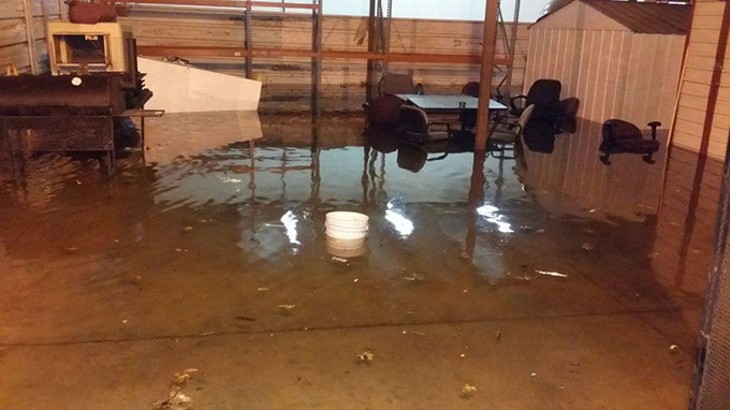 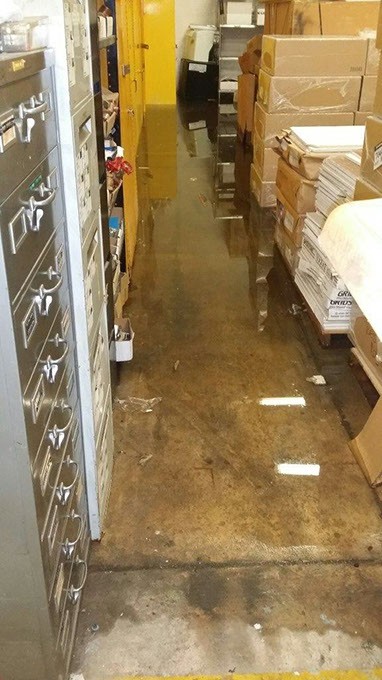 Other problems have been even tougher to fix. The jail lacks enough elevators, which causes delays and safety issues when moving prisoners and guards.

It also was designed with commercial-grade plumbing and water supply. This was problematic because the jail instead needed water and sewage systems with shut-off valves to isolate pipe-related problems to the areas in which they occur.

Additionally, a jail-class sewage system is designed so that there aren’t straight lengths of pipe between cell toilets on each floor. Oklahoma County Jail’s sewage system interconnects toilets in cells on different floors using straight piping, which allows inmates to use the plumbing to communicate by voice or by “kite,” a message written on paper, to cells on lower floors.

Slowly, the county continues to add shut-off valves when parts of the system fail.

“Before these modifications, if you were to have a water leak on the seventh or eighth floor, you might not have to shut the first seven floors of water off,” Whetsel said. “When we had to do that, it could take several days to rebuild adequate pressure within the system to restore service to upper floors.”

To fund needed improvements, Whetsel said his department has used Tax Increment Finance (TIF) dollars provided by Oklahoma City, funds from a public buildings authority operated by the county and money from his own budget.

The department spends about a half million dollars annually to maintain the facility. Whetsel said additional funds are spent for upgrades, depending upon availability and need.

“We look for that money elsewhere, or we just have to carve it out of our budget,” he said.

The jail’s design makes its operation a labor-intensive endeavor.

The only way security personnel can see what’s happening behind a cell door is by gazing through a small window about the size of a sheet of a paper.

“You have to do actual site checks on every hour, 30 minutes or 15 minutes, depending on what level of supervision they are on,” he said, “and you have to walk by every door and look in a window to tell what is occurring on the inside of each cell.”

Also, he said the structure was designed so jailers could supervise inmates without making direct contact, meaning officers work in secure offices behind glass.

That layout counters today’s conventional wisdom, he said, which favors direct inmate supervision from a central desk located in the center of each pod floor.

One pod has since been modified to allow direct supervision, but Whetsel estimated it would cost millions more to upgrade every pod.

“Direct supervision leads to fewer discipline problems and less inmate-on-inmate violence,” he said. “It is a lot cleaner way of doing business. That is one of the things Las Vegas set its jail up for, and that is one of those things that never made it into Oklahoma County’s jail design.”

Discipline problems and inmate-on-inmate violence are key concerns for Whetsel and his staff. After a rash of inmate attacks, in August 2003, the U.S. Department of Justice launched an investigation of the facility and its operations.

The government’s findings and the county’s pledge to uphold the constitutional rights of its inmates set the stage for recent discussions about building and operating a new jail and the need for a public vote later this year to approve a new sales tax to fund it.

Last week, however, the election discussion was shelved, but the county-federal Memorandum of Understanding still exists, meaning plans for any future vote should include participation from all entities that are involved in the county’s criminal justice system.

One factor limiting escape attempts from the Oklahoma County Jail is its height. On upper floors, inmates are less likely to break through the glass block windows, but some try anyway.

An officer taking an early morning break in the jail’s employee parking lot saw what appeared to be a lit candle in a cell window on the jail’s eighth floor. Candles are prohibited, so the officer notified coworkers to investigate.

Cell residents, identified by Sheriff John Whetsel as Chad Yeaman and O’Neal Cotton, were removed and restrained as officers investigated.

Bolts, each about 10¾ inches long, were removed from a metal screen meant to protect the windows. Investigators also found a hole in the concrete block wall that extended through the outside wall, just beneath the cell’s windows. The opening was covered with a disguise made from bread, oatmeal and paint chips, jail management said.

Investigators removed a rope fashioned from bed sheets that was almost long enough to reach the ground.

He noted that the attempt, which investigators accuse the two men of working on for about a month, is another example of why Oklahoma County’s citizens should support the construction of a new jail.

Had the candle not been seen, he said, the inmates could have escaped. Whetsel also praised the detention officer’s alertness.

“They do great work within the limitations of the facility that we have now,” Whetsel said. 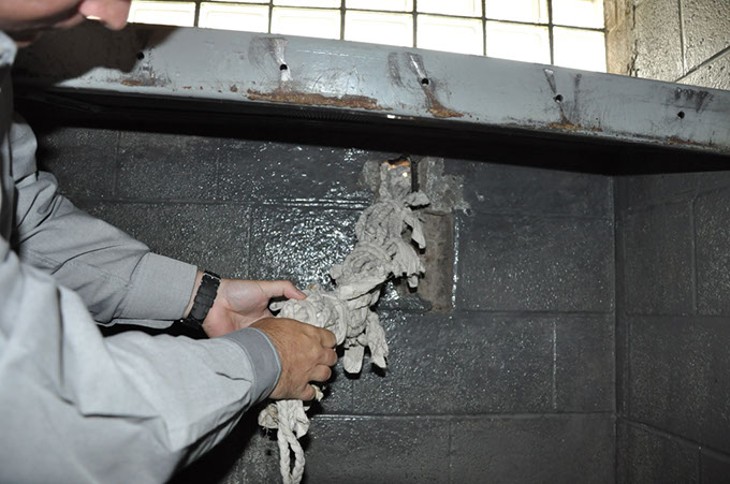 Print headline: Locked down, At what point is it more cost-effective to replace the Oklahoma County Jail than continually repair it?