OKC Taco Week celebrates the unique history of the dish in all its forms. 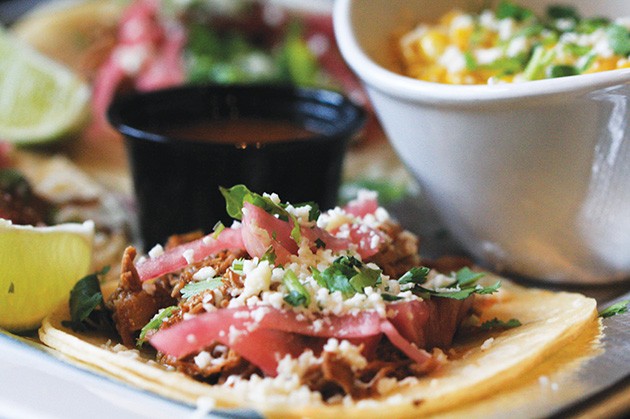 The history of the taco is complicated because people in what is now Mexico have eaten meals with tortillas since prior to when the Spanish arrived on the continent, but they were largely used as utensils, not a composed dish as we see today.

The first evidence of the word “taco” appeared in 18th-century silver mines in Mexico, where it referred to pieces of paper used to wrap around gunpowder for excavation, according to University of Minnesota professor Jeffrey Pilcher, who has multiple books dedicated to the history of tacos to his credit. Pilcher notes that one of the first types of tacos described was called tacos de minero (miner’s taco).

“When you think about it, a stick of dynamite is shaped like a taquito,” said Guadalupe Garcia, supervisor at Chelino’s Mexican Restaurants in Oklahoma City and son of founder Marcelino Garcia. “The reason [the history of the taco] is muddy is because people in Mexico were already using tortillas, but not as a taco. Growing up as a Mexican-American, we always used tortillas like an extension of the knife and fork.”

The first printed recipe Pilcher has found for the taco is dated to a Mexico City newspaper in 1904, but it resembles nothing like a modern taco; it was a crêpe made with pastry and rose water, according to The Washington Post.

The taco’s contemporary form is the result of culinary fusion, as immigrants poured into Mexico City, where al pastor is now its signature street taco. In the 1930s, Lebanese immigrants to the Mexican State of Puebla started taking their native kebab and turned it into tacos arebas — first lamb and later pork, wrapped in pita bread. A few decades later, the rotisserie could be found all over Mexico City, where the Middle Eastern cooking process used local spices to create tacos al pastor wrapped in a corn tortilla.

“The idea that the taco is somewhat deeply authentic isn’t supported by facts,” Pilcher told The Washington Post in 2012. “The taco is kind of like chop suey and pepperoni pizza. Tacos are a product of modernity. And this is true not only in the United States but in Mexico.”

The popularity of tacos al pastor in Mexico City only arrived about a decade or so before California native Glen Bell watched as people lined up at Mitla Café for tacos dorados — a thinly fried tortilla shell with meat, cheese and tomatoes — from his hot dog stand in San Bernardino. Bell befriended the owners of Mitla Café and eventually worked his way into the kitchen and later used its methodology to open the first Taco Bell in Downey, California, in 1962. Of course, Taco Bell is now a giant of Yum Brands, with more than 7,000 locations worldwide, but the original Mitla Café remains open to this day.

Writer Gustavo Arellano, formerly of OC Weekly and current Los Angeles Times writer, who is author of the syndicated “Ask a Mexican” column, documents the history of Mitla Café. Arellano is no fan of Oklahoma City native and Chicago Mexican chef luminary Rick Bayless. He argues Bayless’ adherence to the idea that pure indigenous Mexican cuisine is the only “authentic” food while everything else is Americanized.

“It’s a different way of keeping Mexican food separate, out of the American mainstream,” Arellano told The New York Times in 2012.

The term “authentic” or language associated with it such as “legitimate” disproportionally affects Mexican and Chinese restaurants, which writer Sara Kay argues reinforces negative stereotypes in an Eater story earlier this year. In a review of more than 20,000 Yelp reviews in New York City, Kay found that Mexican restaurants were most likely to be judged on “authenticity.”

Garcia runs social media for Chelino’s and said he runs across the criticism quite often and notes that one person’s definition of “authentic” can’t be applied across Mexican food, where recipes vary dramatically, depending on the region from which they originate.

“One of the most common questions or the most negative feedback we get is that [our food] isn’t authentic,” Garcia said.  “Authentic to what? Finding an ‘authentic’ taco is the most impossible thing to find. My parents are first-generation immigrants. Authentic to me is what my parents cooked at home, and that’s not authentic to certain parts of Mexico.”

Garcia notes that the taco is the perfect fusion food, citing the history of al pastor and the success of recent additions to the national zeitgeist like Los Angeles’ Korean taco.

“When you get around with your friends and you’re eating tacos, it doesn’t matter what it’s filled with or what kind of tortilla it’s made with; it’s always a good time,” Garcia said. “I’ve never seen anyone frowning with a taco in their hand.”

It is with that same spirit that Oklahoma Gazette is celebrating its first Taco Week Wednesday-Feb. 27. Six participating restaurants are serving special tacos at a rebated price, and guests have the opportunity to earn prizes if they share photos of the tacos by tagging @okgazette with the hashtags #OKCTacoWeek and #OKCFoodWeek on Instagram, Facebook and Twitter.

Chelino’s is debuting carnitas tacos, and three tacos are available with rice and beans for $6.99. Hacienda Tacos is serving its popular street taco for $10. The Original Lemonade House Grille is selling its Gulf coast tacos with fresh mango and guava lemonade for $10.95 (normally $12.98). Ted’s Café Escondido is debuting an Atomic Chicken Taco for $7.99, which normally sells for $11.99. Yucatan Taco Stand has a barbacoa beef taco with a side, chips and salsa that is normally $11.99 for $8.95. 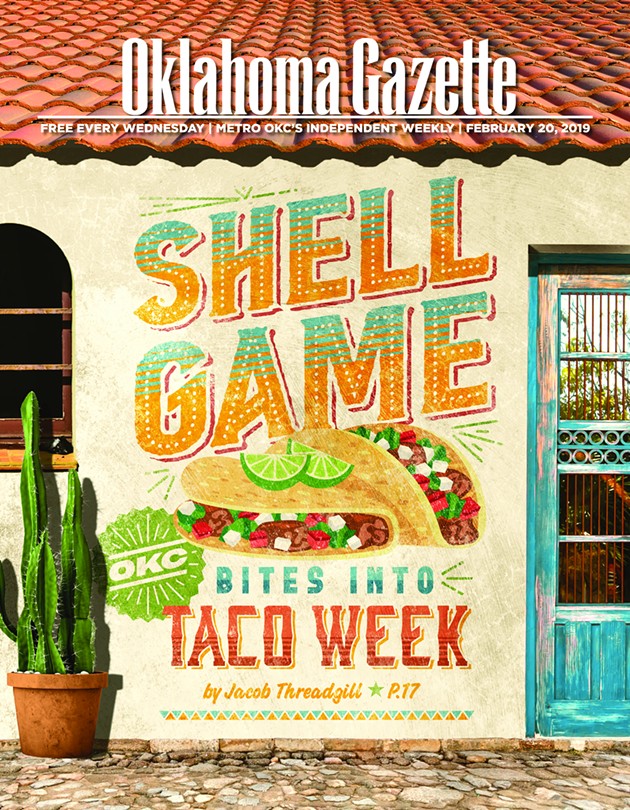