Working as a musician in OKC can mean going to extremes to earn $62.50 — or significantly less.

“We were supposed to get a guarantee of $250, and we were supposed to get a free pizza,” Elecktra said, recalling a show at a now-closed venue. “The drummer had something crazy come up and needed to pawn his drum set, so I drove all the way down to Norman in my 1985 240 Volvo with a whole drum kit in the trunk because I had my giant bass cab in the back seat, and I had a snare and a bunch of stuff in the front seat with me and my bass. I had driven all the way down there, I had provided all this equipment, I had to lug my bass cab up half a flight of stairs to get in and then up the stairs to the stage. Then I was getting shocked by the mic the whole time, and I was like, ‘This is going to be worth it because I’m getting a quarter cut of $250.’ … When it came time to get paid, we were expecting $250, and we got $45. It had originally been $80, but they had charged us for the pizza. And it wasn’t a very good pizza.”

This kind of horror story has become less frequent for Elecktra — partly because social media has made it easier for musicians to warn each other about perpetual bad actors and partly because she has learned to better protect herself in two decades as a musician — but making a living playing music still seems almost impossible.

“I don’t know if there’s anyone that actually is just a musician, like a performing musician,” Elecktra, who also works as a sound engineer, said. “There are teaching musicians and sound engineer musicians, musicians that work at music stores. … You can, if you are willing to play covers in bands, make money. If you’re willing to host other shows like open mics, if you can get two or three of those a week at various venues and bars and then do your own stuff on a traditional show, you could make money, but you also would probably be eating ramen a lot. … If you aren’t making the bar enough money, then you’re going to pay the sound engineer whatever the hourly rate is, and if you don’t bring enough people in the door, then no one is going to get paid. I’ve walked away from some of my favorite venues with $12 for a full band.”

Mike Hosty, who said he has been playing music in Oklahoma “long enough to know better,” has sold hot sauce, cleaned pools, taught guitar lessons and performed at children’s parties to supplement his income, and earning a living a musician has become even harder now that streaming has virtually eliminated one of his top moneymakers.

“If you’re a band in a van, CDs were a primary source of income,” Hosty said, “but nobody has a CD player anymore. … You just have to work harder and play more. Wages for playing have gone down because there’s more people doing it.”

Graham Colton, co-owner of The Jones Assembly, said the dramatic drop in physical music sales in recent years means more musicians are trying to make up the lost income by touring.

“Because of technology now, there’s so many more artists that are on tour because it’s the biggest piece for the majority of artists to make money,” Colton said. “They’ve got to go out on the road … which makes the venue space very crowded.”

“You just have to work harder and play more. Wages for playing have gone down because there’s more people doing it.”
—Mike Hosty tweet this

Mark McClellan, a board member at The Depot in Norman, said that while having more touring acts make metro stops is great for music fans and larger venues, it can also mean fewer moneymaking opportunities for local musicians and the places that typically book them.

“I think there’s still a lot of people going out to see live music, but maybe not to the same places that they used to,” McClellan said. “Everyone has a certain amount of discretionary funds that they can put toward live music … and people are making some different decisions due to the fact that we have so many more options available in the area. And I think the bars are taking the hit for that.”

Hosty agreed that people seem less willing to pay for local music when more touring acts are coming to OKC.

“Towns that do value local musicians still charge a cover,” Hosty said, “but Oklahoma City is definitely a little bit tougher because people just don’t like paying cover charges and restaurants have obliged. But people will still be willing to pay $30 to go to a premium show. … It’s just a transition period because you have all these great road shows coming in, so do you want to go see a local band? What’s the motivation? That’s a tough sell.”

Though The Depot is an arts nonprofit that works to ensure it treats musicians fairly, McClellan said it sometimes has make hard decisions to ensure it at least breaks even on concerts, which cost about $500 for sound engineering, marketing, administrative overhead and — in the case of outdoor shows — portable toilet rentals.

“That business side of it for us is sort of a little bit painful because it’s not necessarily about the quality of music in that case,” McClellan said. “We’re making some of our decisions based on business decisions for us, meaning that if we can’t get enough people in the room, then we as an organization are losing money, and we’re a nonprofit and we don’t have money to lose. … We rely on grants and private donations to cover the expenses. Most of the ticket goes straight to the artist, typically 80 percent. We’re a 100-seat venue, so if you do the math real quick, we’re doing a $20 ticket, and if we sell out the show, the artist is walking out with $1,600, and that’s a good-paying gig, plus they get 100 percent merch sales, so it’s not uncommon for an artist, even a solo artist, to walk out of a Depot gig with between $1,000 and $2,000, but they’re on the road and we know gasoline is expensive.”

Colton, who has also played music in Oklahoma for about 20 years, said that supporting the local music scene while hosting larger tours at The Jones Assembly is a “balancing act” and the venue is booking artists to provide ambiance, not necessarily to increase bar sales.

“If you look at a venue the same size as ours, like [Tulsa’s] Cain’s Ballroom, you’re not going to see a lot of local musicians on that stage because there’s not really a place for them,” Colton said. “We have a small outdoor stage; we do different events of all sizes … so just because it’s not our main stage doesn’t mean that we’re not really actively booking local musicians, and I think that we have kind of shown that we take care of those local musicians — at least compared to what I used to get paid when I would play those kinds of places.”

DezzGotSteeze, who has been booking and promoting local music for 11 years, said she has noticed a decrease in attendance at local shows over the past decade, but when she gets nostalgic for the old days, she remembers a conversation she had with a friend.

“I said, ‘Why can’t things go back to the way they were?’” she said. “And he told me, ‘Maybe it’s not supposed to. Why would you want things to be the way that they were?’ And it really clicked in my head. … This not how we progress. So maybe all the issues that we have will lead us to progression eventually. I think sometimes the kinks have to work themselves out.”

Meanwhile, life as a working musician often remains less glamorous than advertised, said Hosty, who was on tour in Kansas when we spoke.

“Between Manhattan and Wichita tomorrow, I’ll be sleeping on the foam mattress in the back of my van, and it’s gonna be 38 degrees outside, and I can’t afford a hotel room,” Hosty said. “So take it from someone who sleeps in a cargo van; it’s a rough business, and you’ve got to get tough if you want to do it.” 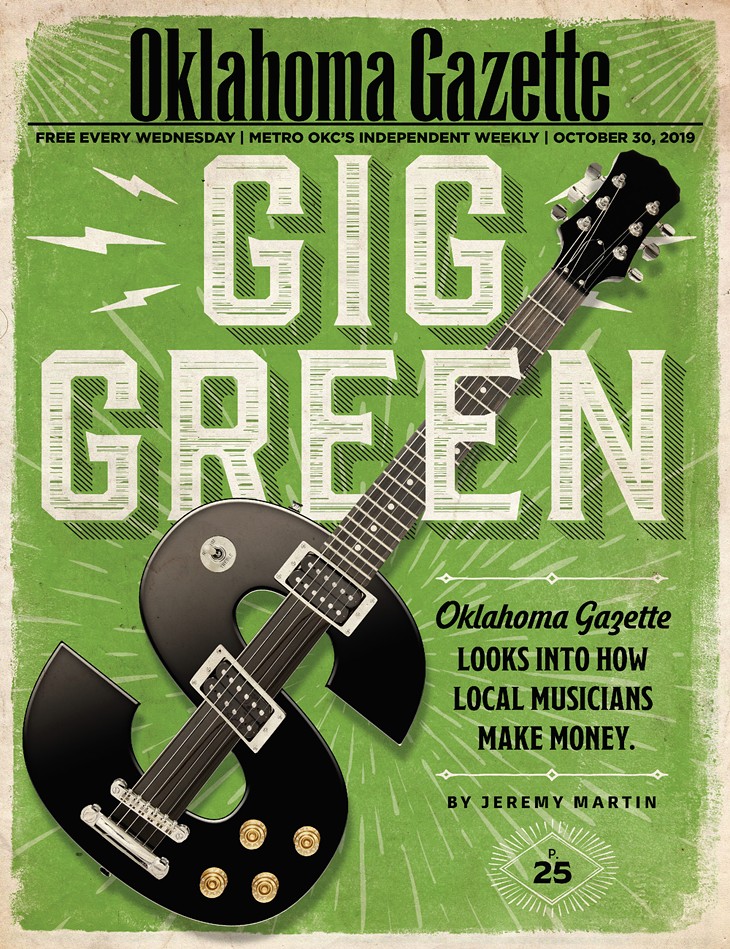