Younger generations are food-obsessed on social media, but their skills in the kitchen are lacking. 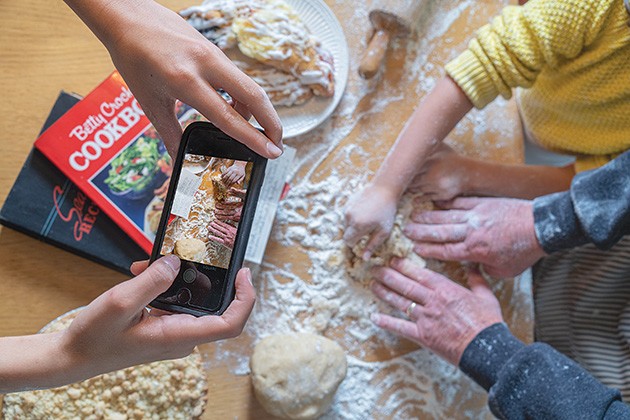 In 2019, the millennial generation (those born between 1981 and 1996) overtook baby boomers as the largest workforce population in the United States. Along with generation Z and younger populations, the differences in generations have manifested in many different ways, but their approach to cooking has created ripple effects that impact nutrition, cultural anthropology and industry.

Just as the internet has made it easy to pull up a recipe from any culture around the world — expanding palates and tastes — it has also made it easier to forgo cooking altogether by ordering delivery from restaurants for which it previously wasn’t available through gig economy mobile apps like Grubhub and Postmates.

A 2018 study sponsored by UBS Investment Bank with the hyperbolic headline “Is the Kitchen Dead?” found that millennials are three times more likely to order takeout or delivery than their parents. The study projects that online delivery could represent 10 percent of the total food services market by the end of this decade, growing from $35 billion to $365 billion.

While consumers have increased choice provided through mobile delivery apps, restaurants find themselves with increased competition.

“The third-party delivery phenomenon is, I would say, the most disruptive piece of business we’ve seen in the last 10 years,” said A Good Egg Dining Group CEO Keith Paul. “If you’re going to sign up [with a delivery service], and do $10,000 a month in delivery business, it’s not incremental business; it’s just business you’re trying to hang onto. … You’re dealing with companies that don’t make any money; they don’t have any rules. Their job is to disrupt the market.”

Like Uber, Lyft and other companies kept afloat by venture capital speculation, mobile delivery apps will have to find sustainable business models this decade to meet projections, but the evidence is clear: People like the option of ordering in rather than cooking a meal from scratch.

A comprehensive study in the United Kingdom found that there has been a 54 percent decrease in home cooking over the last 30 years, according to Food Co-Op Initiative. The same study finds that people under the age of 35 are less confident than people over the age of 55 in cooking a meal from scratch. While it says that 55 percent of millennials enjoy cooking, another 28 percent are not interested in learning how to cook.

A reliance on food prepared at a restaurant is a drain on the bank account, and eating packaged, processed foods has negative health outcomes.  A 10-year study released in 2018 from Journal of Nutrition Education and Behavior found that developing cooking skills in adolescence was important for building kitchen confidence and healthy eating habits as adults.

The project followed students from Minneapolis-Saint Paul and graduates who were ages 18-23 in 2002 and 2003 and followed up again with them at the ages of 30-35 and found that those with adequate cooking skills at 18 “led to fewer fast food meals, more meals as a family and more frequent preparation of meals with vegetables in adulthood.”

The onus of developing those cooking skills increasingly has to come from older generations. The most recent national study in 2012 of students nationally enrolled in family and consumer sciences (FCS), commonly referred to as “home ec,” found that 3.4 million students were enrolled in the classes, a 38 percent decline from the previous decade. Those numbers have dramatically decreased in Oklahoma.

“The third-party delivery phenomenon is, I would say, the most disruptive piece of business we’ve seen in the last 10 years.”
—Keith Paul tweet this

In 2018, budget cuts forced the closure of 500 family and consumer sciences classes across the state of Oklahoma, according to Oklahoma Policy Institute. In the 2013-2014 fiscal year, there were 17,473 students across the state enrolled in FCS classes. By the 2017-2018 fiscal year, the total number of students enrolled in FCS classes dropped to 11,457.

Dr. Tawni Holmes is a professor in nutrition, dietetics and food management at University of Central Oklahoma and said that the program begins with an introduction to food preparation. 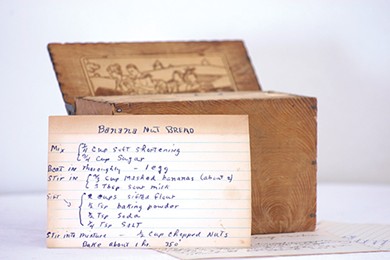 “It’s amazing how many young adults don’t have a clue about cooking,” Holmes said.  “If you say, ‘Here’s a basket of ingredients. Prepare a meal,’ they’re totally at a loss. They haven’t learned that skill.”

Holmes said nutrition movements are emphasizing cooking from scratch, rather than relying on processed and packaged products to fill out the components of a meal. For example, boiling and mashing potatoes rather than using a box of dried potato flakes.

“It’s almost just a niche population that is able to do [the whole food movement],” Holmes said. “It’s beyond the general population’s grasp of making it work in their life because we’re all so busy. Not everyone can shop at Trader Joe’s and Whole Foods. They’re more expensive, and it is perceived by people that eating healthy is more expensive. It goes back to packaged and convenience of foods because they’re cheap and fast. Our lifestyles are so wrapped up in being busy that it seems like a quick and easy option when it is actually horrible for our overall health. Teaching people how to eat healthy on a budget is something we’re constantly trying to do. College students are on a budget, so we’re constantly trying to do it.” 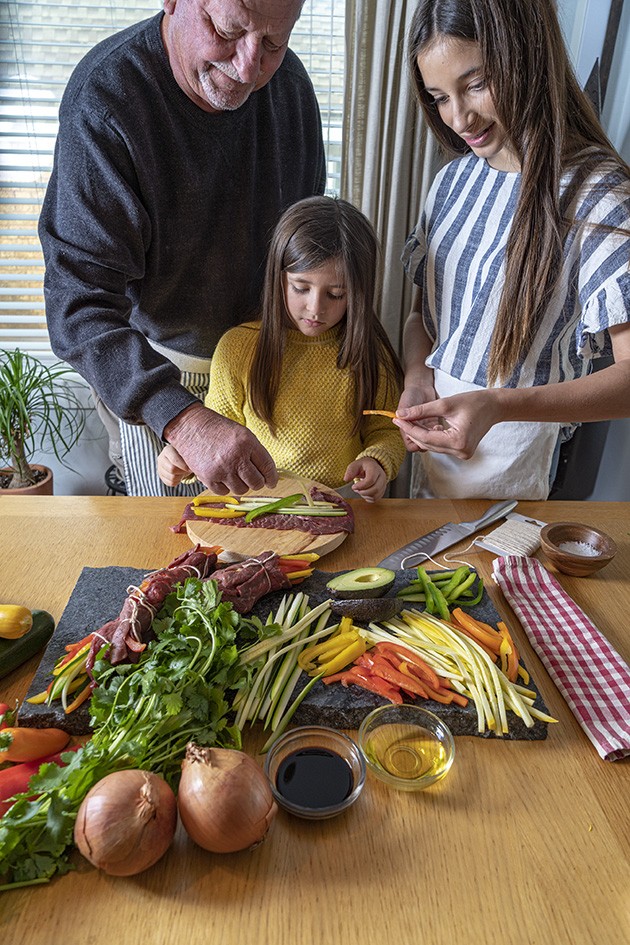 The definition of processed foods falls on a spectrum. Frozen vegetables and roasted nuts, while technically “processed,” are only minimally so. The problems come from “hyper-processed” foods that are introduced with ingredients to increase shelf stability — this applies to products that are marketed as “healthy” like high-protein cereal and gluten-free crackers.

“There isn’t a magic formula, and people need to find things they like; something simple,” Holmes said. “Instead of grabbing a Pop-Tart on the way out the door, put some almond butter on fresh bread or have some fruit.”

Carefully curated recipe card boxes were once the norm in kitchens across the country — with notes and tricks passed down through generations. The handy recipe card has been replaced by the glow of a smart phone or tablet in the kitchen.

Writer Rebecca Santiago wrote a piece with the headline “Why food-obsessed millennials suck at cooking” for New York Post in 2017. The piece makes the point that over-reliance on the internet has its consequences.

Dr. Benjamin Storm, an associate psychology professor at University of California at Santa Cruz, wrote of the phenomenon called “cognitive offloading,” which is the tendency of rely on outside sources as memory aides.

“It’s amazing how many young adults
don’t have a clue about cooking.”
—Dr. Tawni Holmes tweet this

“Offloading robs you of the opportunity to develop the long-term knowledge structures that help you make creative connections, have novel insights and deepen your knowledge,” Storm told New York Post.

The result is an ability to only cook rudimentary dishes without outside help, he said.

In 2012, NFL Hall of Fame wide receiver Michael Irvin in his role as an NFL Network analyst made the non-sequitur, “That’s what wrong with young ladies today. They’re not learning from mom. We’re losing recipes.”

Sexism aside, Irvin brings up the very real point of recipes being lost between generations. It’s one thing to read a recipe; it’s another thing to learn step-by-step. Those steps have been replaced by social-shareable videos like those popularized by the brand Tasty. The top-down shot videos detail recipes that are often simple or rely on gimmicks like “deep-fried pizzadilla.”

Preliminary research into generation Z by Hartman Group find that people in the U.S. between the ages of 12 and 20 are the most diverse group in the U.S. and are most likely to support brands offering clean and nutritious offerings, like plant-based offerings.

While generation Z clicks on videos and recipes that are easy to find, academics like those in a gastronomy program at Boston University are working to catalog and save generations of recipe boxes.

“They are a tangible link to the past, and I do worry about how we are going forward,” Barbara Rotger of Boston University told Boston Globe last year.