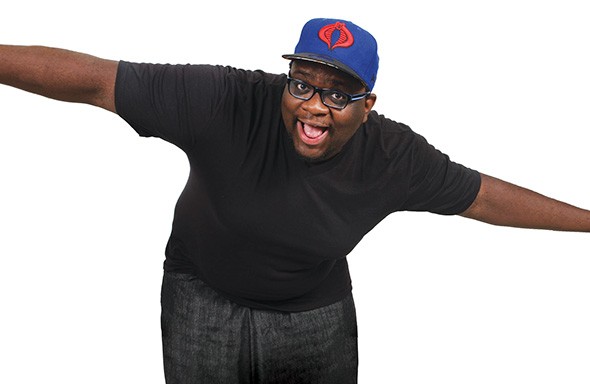 Performers should not be judged by easy gigs, when concert halls are packed and abuzz with fan enthusiasm. They should be judged by shows when there are more names on the guest list than tickets sold, when the venue owner forgets to unlock the front door, when someone mentions too late that the show is competing with a University of Oklahoma/Oklahoma State University game with playoff implications.

That’s what Raheem Jarbo, aka Mega Ran, ran into the first time he came to Oklahoma. Weary from a long leg on his regional tour, he pulled into a pizza place/music venue on the far too west side of the metro only to find locked doors. After a flurry of phone calls, the owner was raised. There’d been no media coverage aside from a 14-year-old music blogger who did manage to ping the radar of noted local-man-in-the-know Evan Jarvicks, aka Jarvix. There were four tickets sold, half the amount of scheduled performers.

But Mega Ran? He set his game to expert.

“You learn the true talent of an artist by how well they perform under pressure and to low attendance,” Jarbo said.

Jarbo tore through a full set list featuring his verbose Nerdcore rap written under both his Mega Ran and Random monikers. Known for concept albums focused on his childhood obsessions, Jarbo also showcased extraordinary improv abilities honed during Freestyle Fridays when, as a schoolteacher, he would reward his kids for good behavior with freestyle sessions. He asked the sparse crowd to pull out whatever was in their pockets so he could create rhymes on the spot, talking about library cards and odd keychains.

“You just don’t know what you get from a show, so you stay grounded,” Jarbo said. “And hey, without that show, you and I wouldn’t be talking right now. It’s like being a quarterback in the NFL; you have to have a really short memory. Maybe you get tackled or maybe you throw a perfect pass. Either way, you need that short memory so you stay focused on just getting back onstage.”

Jarbo said his second trip to Oklahoma was part of a comic convention. Also at a pizza place. Also to a small crowd.

This time, Jarbo has a plum spot on Norman Music Festival’s Friday night lineup, which is fitting for a rapper growing out of a niche subgenre and climbing onto the Billboard charts. He has traded in winding tours for one-off featured spots built on the success that started when he had to take a sabbatical from hip-hop following his highly introspective 2006 album The Call.

“It was a draining album because I was talking about all these things that were on my mind, so after it came out, I took some time off music and played video games,” Jarbo said. “It took me back to when I was a kid and gave me the idea to sample the songs. I made an album based off Mega Man, which was a great game, and the music was on another level. I chopped them up to make beats then rapped over it as if I was Mega Man. I put it on the internet but was kind of scared because I didn’t want Capcom to find out.”

Jarbo said the email started with “We were told about your album,” followed by white space to force Jarbo to scroll down until he read, “Don’t worry, this isn’t a cease and desist.”

Sometimes corporations can have a sense of humor. Instead of suing Jarbo, Capcom wanted to highlight his work. What followed was a series of profiles from across the video game industry including IGN and Nintendo Power. Jarbo eventually received the legal blessing of Capcom so his music could be licensed for a movie soundtrack. Jarbo said this was a first for the industry.

I’d like to see myself and MC Lars end up in schools, talking about the links between Shakespeare and Chuck D.Mega Ran tweet this

He would return to the Mega Ran persona many times, including for the Mega Ran in Language Arts trilogy, which went back to his roots as a public school teacher. The ambitious project also featured its own video game.

Jarbo’s return to Oklahoma comes on the heels of a successful Kickstarter campaign to fund a lit- hop album with MC Lars on which they rap about books, poems and plays. On the album, titled The Dewey Decibel System, the pair focuses on classics as diverse as Alan Moore’s Watchmen, Jonathan Swift’s Gulliver’s Travels and Ta-Nehisi Coates’ Between the World and Me.

“It’s a really good snapshot to the things we loved growing up, but also today’s culture,” Jarbo said. “We utilize a lot of the themes in those books and apply to current events.”

His fixation on those formative years has served as an escape but has also energized his creative process.

“It’s all the things that were familiar for me or got me interested as a child,” Jarbo said. “That was a time when I was so aloof, diagnosed ADHD and all over the place. It took a lot for me to enjoy something, but when it did capture my interest, it stuck with me. Anything that got me as a preteen or a teenager, it is something that I can really dig into as an adult.”

He is also working on a book that will trace his unlikely path from forging his verbal skills as a kid “signifying” with his friends to becoming an icon in the growing Nerdcore rap scene. Though he is no longer a public school teacher, Jarbo still wants to use hip-hop as an educational tool.

“Seeing some of our elder statesmen make their way into academia gives me a lot of hope,” Jarbo said. “I’d like to see myself and MC Lars end up in schools, talking about the links between Shakespeare and Chuck D. It seemed impossible as kids, but now we are talking about how hip-hop is a way to keep children interested in poetry and literary classics.”

Wordsmiths aren’t developed in a vacuum, and Jarbo said it took the wealth of decades of practice and literary and pop culture input for him to be able to riff for five minutes off of a Hello Kitty wallet a fan brought to a show.

“It’s taken years, and it’ll continue to take time and practice every day, like a muscle you keep in shape,” Jarbo said. “It’s me in the shower, driving, coming up with rhymes but not just gibberish; something that makes sense in context that is also clever and funny. That’s the true talent.” 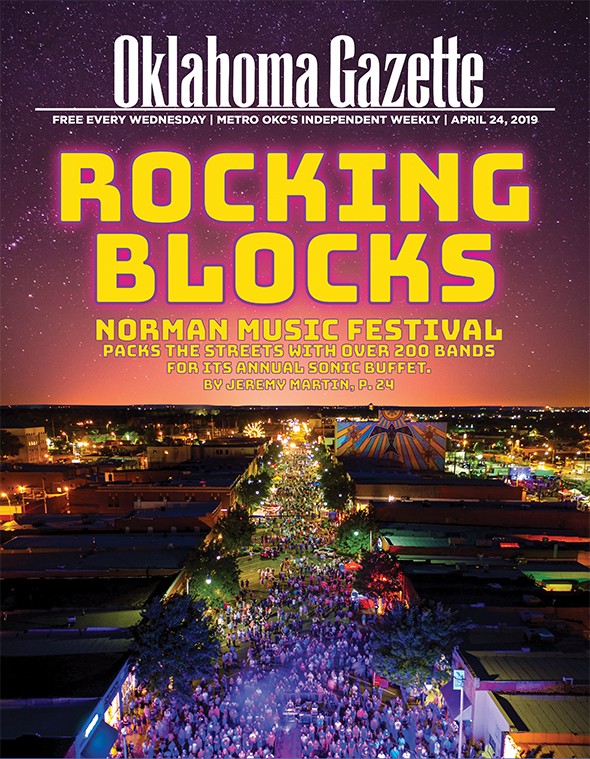