Explosions in the sky on the Fourth of July offer a respite from America circa 2019. 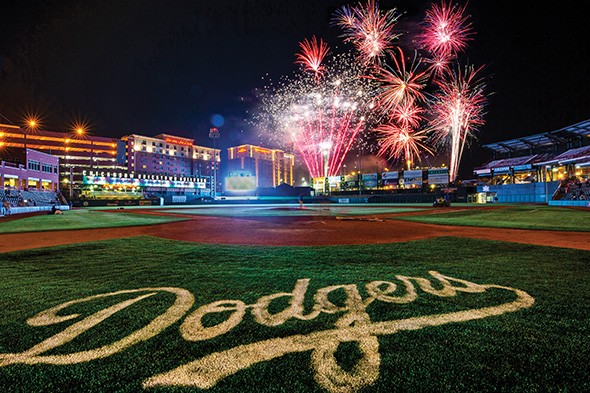 Last week, Highlights magazine (yes, that one) issued a “statement about human decency, plain and simple” calling for the U.S. government to cease the “unconscionable” practice of separating immigrant children from their families.

“Moral courage means standing up for what we believe is right, honest and ethical — even when it is hard,” Highlights chief executive officer Kent Johnson wrote. “Let our children draw strength and inspiration from our collective display of moral courage. They are watching.”

Meanwhile, Associated Press reported that children separated from their families and detained at a Border Patrol facility with “inadequate food, water and sanitation” near El Paso were supervising one other.

If your own children are intent on watching fireworks, or if you still want to celebrate the Fourth of July for whatever reason — possibly just for the chance to once again experience something that feels safe and normal in relation to America  — we, as always, have you covered. But please note that many of the events below are free, should you want to save your money to donate to organizations such as American Immigration Council (americanimmigrationcouncil.org), Las Americas Immigrant Advocacy Center (las-americas.org) or Families Belong Together (familiesbelongtogether.org) that are working to hold America accountable to the ideals of freedom and equality we are supposed to be celebrating.

City of Bethany’s annual Fourth of July celebration featuring live music, food trucks and a patriotic parade is now in its 60th year. The parade begins 10 a.m. Thursday near the intersection of NW 39th Street and College Avenue and proceeds to Rockwell Avenue before ending at Eldon Lyon Park, 7400 NW 36th St., in Bethany, where the rest of the festivities take place beginning at 4 p.m. Fireworks start around 9:45 p.m. Admission is free. Visit cityofbethany.org.

Funky electronic acts The Floozies, SoDown, Maddy O’Neal and more perform at this Fourth of July dance party. All ages will be admitted, but ear protection is required for children under 13. The show starts 4 p.m. Thursday at Lost Lakes Entertainment Complex, 3501 NE 10th St. Tickets are $15-$55. Visit lostlakesamp.com.

More than 50,000 people are expected to watch this parade featuring marching bands, vintage automobiles, clowns and floats. Post-parade activities include a 60-foot obstacle course and Mickey Park Playland as well as barbecue, snow cones and watermelon. Children can create their own patriotic Frisbees, and the fireworks display to follow all this family fun is billed as the largest in the Oklahoma City metro area. The parade begins 9 a.m. Thursday on a 1.5-mile route through downtown Edmond beginning at the corner of Ayers Street and University Drive, and after-parade activities are 4-6 p.m. at Mitch Park, 2901 Marilyn Williams Drive. Fireworks start 9:30 p.m. at Hafer Park, 1034 S. Bryant Ave. Admission is free. Visit libertyfest.org.

Norman’s Fourth of July festivities include pony rides, cornhole, baby and toddler races, sand volleyball and more family-friendly fun as well as live music from One Two Ten, Jabee and My So Called Band with fireworks to follow. The festivities begin at 4 p.m., and the fireworks start at 9:45 p.m. Thursday at Reaves Park, 2501 Jenkins Ave., in Norman. Admission is free. Visit normanok.gov. 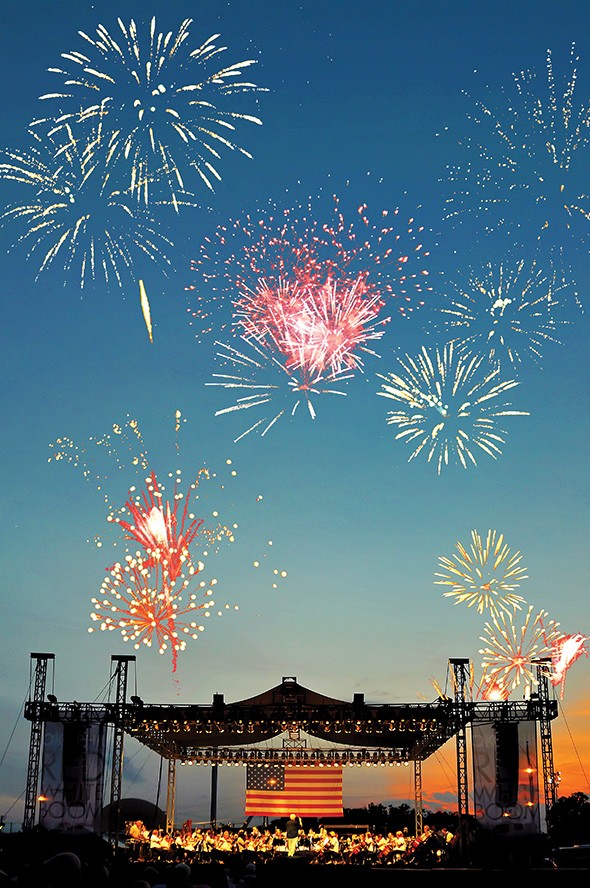 Celebrate Fourth of July on the banks of the Oklahoma River. Enjoy discounts from nearby Bricktown restaurants and bars, rent a pontoon boat from Riversport Adventures or just bring a blanket or lawn chair and watch the fireworks from anywhere in the Boathouse District. Festivities begin at 4 p.m. at Riversport Rapids, 800 Riversport Drive. Admission is $39.99-$79.99. Fireworks begin 9:45 p.m. and will be visible in Bricktown and on the north side of the Oklahoma River. Visit downtown4thfest.com.

As though baseball itself is not quintessentially American enough, the Fourth of July game will be followed by an Independence Day celebration featuring a fireworks display. The game begins 7:05 p.m. Thursday at Chickasaw Bricktown Ballpark. 2 S. Mickey Mantle Drive. Tickets are $13-$26. Visit milb.com/oklahoma-city.

Play ’80s-themed games, ride carnival rides or a real live pony, touch a fire truck, get your face painted, watch a live graffiti mural painting and end it all with a fireworks show. Events begin 5 p.m. at the corner of First Street and Monroe Avenue in Piedmont. Fireworks begin at 9:45 p.m. Admission is free. Visit piedmont-ok.gov.

Meet Captain America (or someone dressed like him), hear live music by singer/songwriter Stephen Salewon and Dr. Irv Wagoner’s Concert Band and watch the all-new Patriotic Pups fashion show featuring sharply dressed dogs, all of which Midwest City promises will be taken to a safe space before the fireworks begin. The event begins 6 p.m. Thursday at Joe B. Barnes Regional Park, 8700 E. Reno Ave., in Midwest City, and fireworks are scheduled to start at 9:45 p.m. Admission is free. Visit midwestcityok.org.

We Are the Metal Heads of Oklahoma Fourth of July Picnic

Rock out to the brutal sounds of Perseus, We All Bleed and Deity and enjoy free hot dogs, hamburgers and soda (while supplies last) at this annual all-ages picnic, now in its third year. The gate opens 6 p.m. Thursday at 1604 SW 67th St. Search “We Are the Metal Heads of Oklahoma” on Facebook. 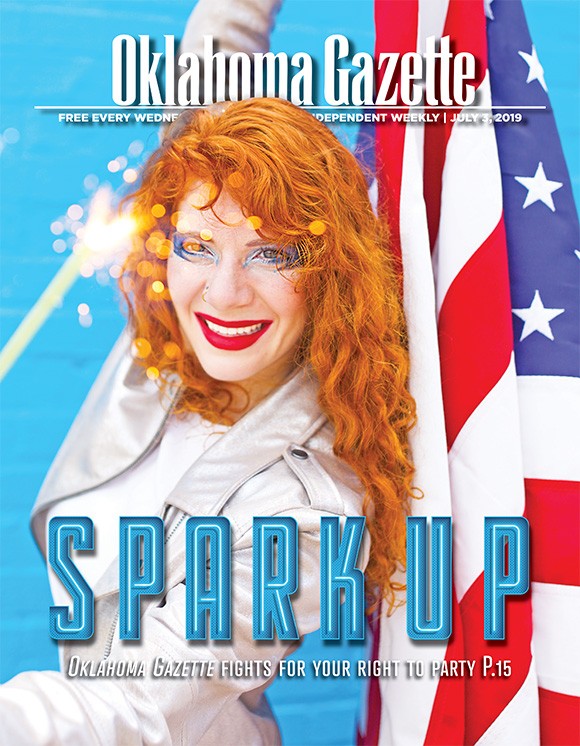