Cover series: Marriage equality was a long road of victories 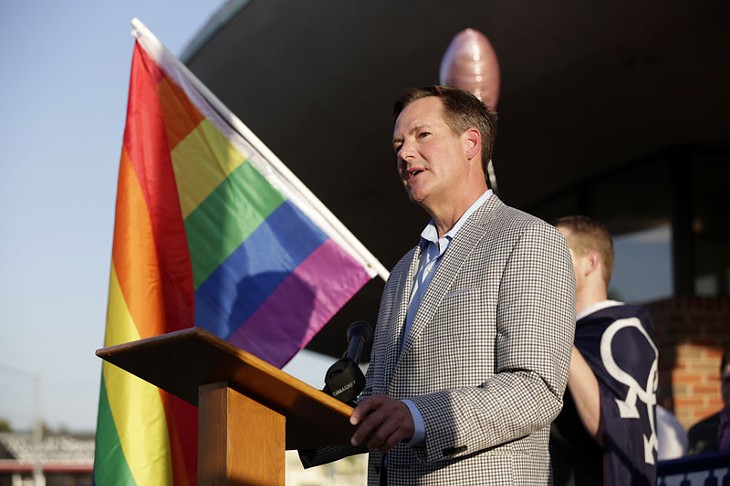 Long before marriage equality in Oklahoma seemed like a possibility, same-sex advocates were winning seemingly small battles in an effort to someday pave the way for same-gender couples to legally marry.

In 1995, Oklahoma City’s gay community rallied to get a pro-marriage equality candidate elected to the Oklahoma City Council, there was a legal victory to fly rainbow flags during gay pride month and a federal court ruling that same-sex couples could adopt in Oklahoma.

In the mid-1990s, national support for same-sex marriage hovered below 35 percent, according to data compiled by Gallup Politics. Over the past 15 years, the national mood toward gay marriage began to improve and a majority of Americans approved by 2011.

The first known gay pride parade in Oklahoma took place June 16, 1988, along Classen Boulevard in OKC. Newspaper records reported a crowd of nearly 400, and the event featured a speech by Jeff Levi, executive director of the Fourth International AIDS Conference.

Ann Simank was elected to the city council in 1995 and was one of the first straight allies championing for equal rights for the LGBT movement. Her campaign rallied many in the LGBT community, which helped spark the creation of the Cimarron Alliance.

“That [election] was the first time that the gay community had some traction,” said Richard Ogden, an Oklahoma City attorney and the first president of Cimarron Alliance.

Supporting equal rights for gay residents was not necessarily seen as a good strategy for being elected in 1995, as several other council candidates openly opposed any policies that would protect same-sex couples.

"Homosexuality is a learned behavior,” Mike Paque, a Ward 8 candidate in 1995, told The Oklahoman during his campaign. “I would not vote for special rights."

Several years later, the Cimarron Alliance battled the city of Oklahoma City to place banners on light poles along Classen Boulevard to promote LGBT pride. Mayor Kirk Humphreys asked the council to change its policy so the LGBT banners would not be allowed.

“I don’t think they have the right to use public facilities to advance their philosophy, for the same reason that Neo Nazis, the Ku Klux Klan and religious groups don’t,” Humphrey’s told The Oklahoman. 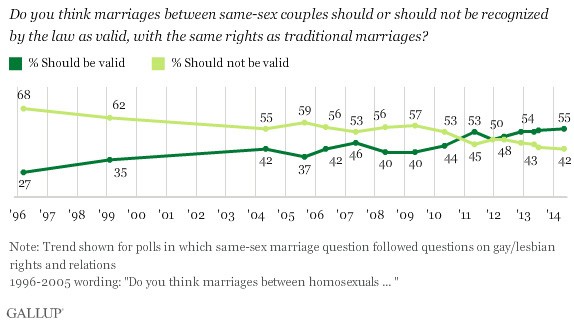 A majority of the council voted in 2001 to change the policy in an effort to remove the banners, but a lawsuit filed by the American Civil Liberties Union a year later resulted in a federal judge ruling that the city could not prevent banners because they include advocacy.

In 2011, the city council had progressed on the issue of marriage equality and the majority voted to add sexual orientation to the city’s nondiscrimination policy. The council’s vote followed public debate on both sides of the issue, including a speech by Pastor Tom Vineyard of Windsor Hills Baptist Church, who told the council that gay persons committed half of all murders in big cities, a statement that received national attention. 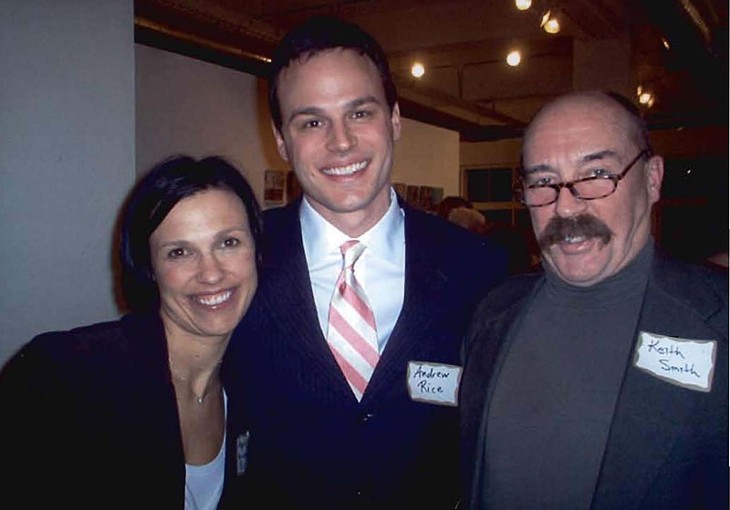 Advancement for the LGBT community came in the form of small legal and political victories, but the work of gay individuals who simply built friendships with lawmakers was also instrumental.

“At a time when Democrats controlled the Legislature but was still a very conservative environment, Keith [Smith] helped break down some of their phobias,” former state senator Andrew Rice said about Keith Smith, an openly gay lobbyist who passed away in 2006.

Rice said Smith was an example of the type of committed men and women who had worked hard over the past few decades to promote equality and acceptance for same-sex persons.

Rice said he took time to reflect on Smith’s memory last week when same-sex marriage became legal in Oklahoma and knew his friend had helped make it a reality with his work years ago.

“He just tried to do what we could to sound the alarms that this was based on discrimination,” Rice said about Smith’s work to fight against State Question 711, the 2004 voter-approved amendment that defined marriage as between one man and one woman. “I think those who have been involved in the fight [for equality] for many years and put their necks out on the line ... there is a feeling of satisfaction this week.” Other notable advocates for marriage equality and LGBT rights include Jim Roth, Oklahoma’s first openly gay statewide official; Bob and Mary Lou Lemon, Hero of Hope award winners for their work in advancing LGBT rights; and a host of other individuals who have contributed to the movement in various ways.

Mary Bishop and Sharon Baldwin, along with Sue Barton and Gay Phillips, were the two couples at the center of the lawsuit, which resulted in a declaration by a district judge in January that the state’s ban was unconstitutional. The ruling was upheld by a federal appeals court this summer and resulted in the legalization of marriages last week.

Bishop and Baldwin received their Oklahoma marriage license hours after the Supreme Court’s decision not to hear the case, ending a chapter in the fight for LGBT rights that has lasted decades.

“Here’s to equality,” the couple said at a post-wedding reception, interlocking their arms and toasting with a glass of champagne.

It was a moment of celebration not just for the new marriage that was now recognized in Oklahoma but for the hard work of thousands across the state who always believed that day could become a reality.