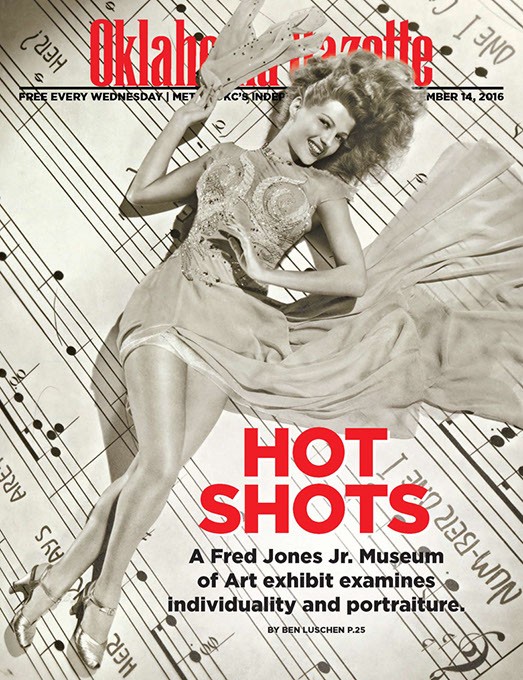 Photographic portraiture comes hand in hand with a deceptive sense of reality.

It is easy to understand how a painted portrait could be interpreted, how a commissioned artist might depict a wealthy dignitary without his double chin or with an enhanced, confident gleam in his eye.

The truth is many photographic portraits are no more unfiltered.

“All of it is artifice, to some degree,” said Mark White, Wylodean and Bill Saxon director at the University of Oklahoma’s Fred Jones Jr. Museum of Art. “I think where photography kind of diverges is in the perception of what a wide percentage of the public believes to be somehow more realistic.”

White is the curator behind Visage: Photography from the Permanent Collection, an exhibit of portraiture open through Dec. 4 at Fred Jones, 555 Elm Ave., in Norman.

White said the subject in each of the exhibit’s photographs is not only posing for the camera, but there is something additional that the sitter or photographer wanted to convey, be it through dress, facial expression, figural pose or something else.

“That character could have been constructed or it could have somehow been the essence of that person’s personality,” he said, “but certainly they wanted to convey something to the viewer.”

White picked the exhibit’s portraits from the museum’s collection of around 2,000 photographs. Fred Jones Museum insightfully began building its photography collection in 1937, a time when many other museums were not regularly collecting photography.

The collection is diverse in style, subject matter and technique, but White said one of its biggest strengths is portraiture, especially that of celebrities and high-profile figures.

“In that respect, the show was relatively easy to put together because I was able to find a lot of these figures of note within the permanent collection,” he said.

Lighting, angles and expression can make the same person look entirely different in separate photographs, something to keep in mind whether in an art gallery or on Instagram.

White said photography, if anything, can be even more composed than painting or sculpture in portraits because it comes with a tacit sense of authenticity.

“I think photography is just as useful at constructing what you want somebody to see,” he said. 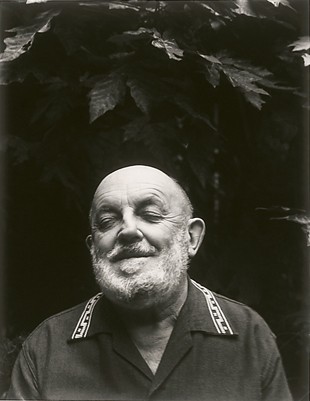 “I think one of the reasons a lot of people are drawn to that photograph is that, in part, it defies expectations of the author,” White said.

Baldwin, world-famous as both the author of works like Go Tell It on the Mountain (1953) and Giovanni’s Room (1956) and as a tireless, intellectual voice in the world’s racial, sexual and civil rights struggles, is often seen in a critical, serious light.

Many of his photographs represent that. The writer is most often shown with a pensive and solemn stare.

Lütfi Özkök’s 1960 photograph, acquired by the university in 2012, captures a brightness in Baldwin that reminds viewers he was not only a fighter for social justice, but an affable friend who put a lot of value in his relationships with other people.

“In that respect, you expect to see someone who is a little more serious, someone who doesn’t express the kind of levity that you see in that photograph,” White said. “The fact that you see this very inviting smile is contrary to what most people would associate with the author.” 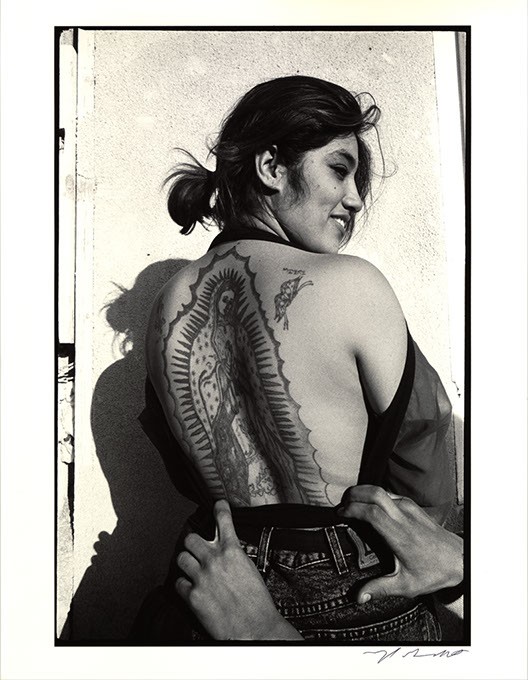 One of the most striking photographs in Visage is not of a celebrity, but of a young Mexican woman named Teresa Gutiérrez. The photograph, taken in 1992 by Miguel Gandert, shows Gutiérrez displaying a large tattoo of Our Lady of Guadalupe on her exposed back.

White said this photo illustrates, in a nutshell, what Visage is all about: self-fashioning and presentation. Gutiérrez is trying to communicate several things on more than one level through the photograph.

Much of that message comes from the tattoo itself. Our Lady of Guadalupe is on its face a religious icon, but over the years, it has evolved into a symbol of Hispanic identity north and south of the Mexican border.

Her provocative posture is also evident.

“I think that tension between the sexual suggestiveness of her bare back and that religious icon is something a lot of viewers would find challenging, especially those of the Catholic faith,” White said. 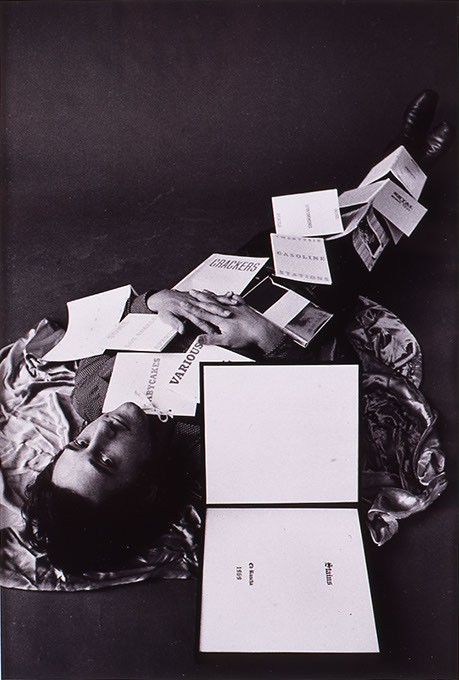 The subject and photographer are not the only ones involved in the image’s meanings. White said each individual will draw their own meanings from the portraits. The viewer is complicit in finishing the narrative.

“In every one of the photographs, there is this implicit notion that a viewer will be on the other side of that photograph, looking at the individual, the sitter, and taking away an opinion,” White said.

Fred Jones Jr. Museum of Art is open 10 a.m.-5 p.m. Tuesdays-Sundays and is open late, till 9 p.m., on Thursdays. Visit ou.edu/fjjma. See more photos from the exhibit at okgazette.com. 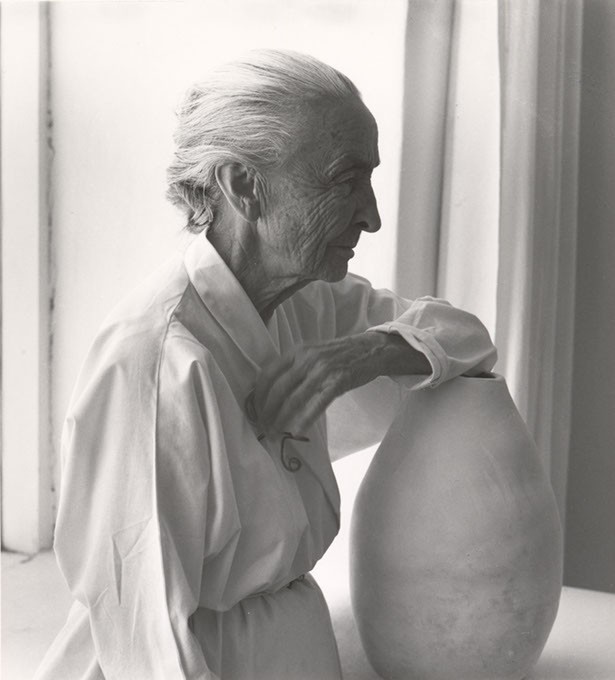 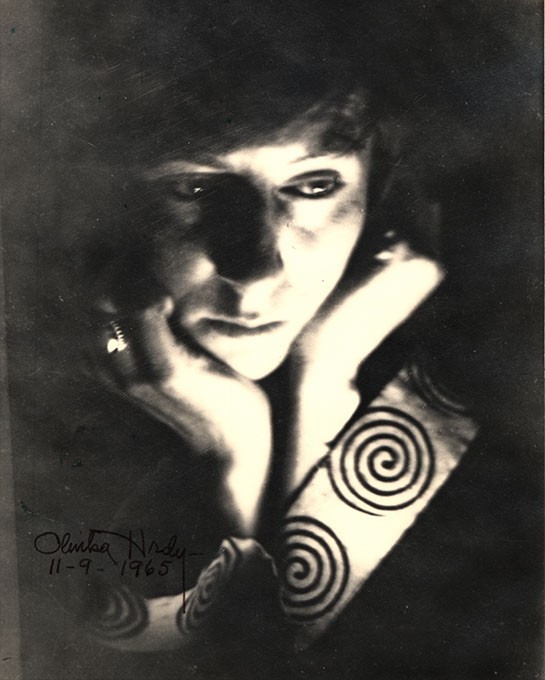