Cover story: Get Crappy at The Grease Trap

She started with a paragraph. Leslie Hensley wrote the conceptual plan for a gallery tucked between HiLo Club and The Drunken Fry off Classen Circle. She wanted to renovate the small, bastardized space into a come-and-go gallery for emerging and undiscovered Oklahoma City artists.

She wanted the gallery to thrive on 25 percent of the commission, most of which would go to Boys & Girls Clubs of Oklahoma County on Western Avenue. Ideally, she wanted a new hub for artists who were eager to support each other, the neighborhood of local businesses and the OKC community.

Hensley didn’t anticipate an immediate response in her meeting with the leaders of Deep Fork Restaurant Group, which owns The Fry. But on that last Tuesday of July 2013, Hensley got the green light for The Grease Trap Gallery.

“I was expecting, ‘Oh, we’ll think about it.’ And they just said, ‘What do you need us to do? What do you want to change?’” Hensley recalled.

She then picked out paint colors and flooring and worked on the first show — a mash-up between Day of the Dead and zombie art — until the opening weekend in October.

“No one had been up here yet, and I wanted it to be a big reveal of something between two bars,” Hensley said. “I didn’t know if anyone was going to show up.”

Things are still quirky and undefined, and that’s exactly how she prefers it.

A year later, the gallery is now celebrating its success. Because of its idiosyncratic fans and artists, Hensley said The Grease Trap lends itself to more experimental, unconventional art — an example being its one-year anniversary exhibition, titled The Crappy Art Show, that opens Saturday at 5100 N. Classen Blvd.

Participating artists will purchase a toilet seat for $10 and paint it however they want and hang it in the gallery. Hensley’s friend, Matty Zoob, plans to recreate the “Mona Lisa” on his, and The Drunken Fry’s manager, Harmony Judd, wants to recreate Mr. Toilet Man from the 1990 film Look Who’s Talking Too.

If you build it, they will come

From the gallery’s debut, however, Hensley said she hasn’t had any problems populating the small space on Fridays and Saturdays with visitors, buyers or artists, who usually contact her to show their work.

A native Arkansan, Hensley has been invested in the Oklahoma City arts scene since her move in 2001. Currently, she works as the artist-in- residence at the Boys & Girls Club and has since 2011. She did not have gallery management experience before founding The Grease Trap, but as a performance artist for 10 years under the pseudonym Balthazar, she has been deeply ingrained in the artistic community, seeing many of its members struggle to have their work publicized.

“Not that other galleries don’t offer these opportunities; I just see this as one more open door,” Hensley said. “I have a close group of artist friends, and I’m all about helping them.”

Hensley’s friend Zoob has been a working artist since 2004, when he moved to Oklahoma City. Zoob has participated in the themed group shows and has shown his solo work since The Grease Trap opened.

Inspired and encouraged by Hensley, Zoob became a volunteer and then a full-time staff member of the art program at the Boys & Girls Club, helping with the monthly installations.

Zoob said his job is different every day, given that the quantity and quality of art supplies fluctuates.

“‘Oh, well what do we got today?’ Paper plates and markers. You just got to be creative,” he said.

However, those days are few because at least 5 percent of The Grease Trap’s revenue goes toward supplying the art program and completing community art projects. LaRissa Conn, volunteer coordinator and arts director for Boys & Girls Club, said the most recent contribution made by the gallery is the 218-foot mural on the south side of the building.

“We have students that have really been able to find a home for their art,” Conn said. “They are learning what it means to respect themselves as artists and to respect the art that others are so bold to put out on display as well.” 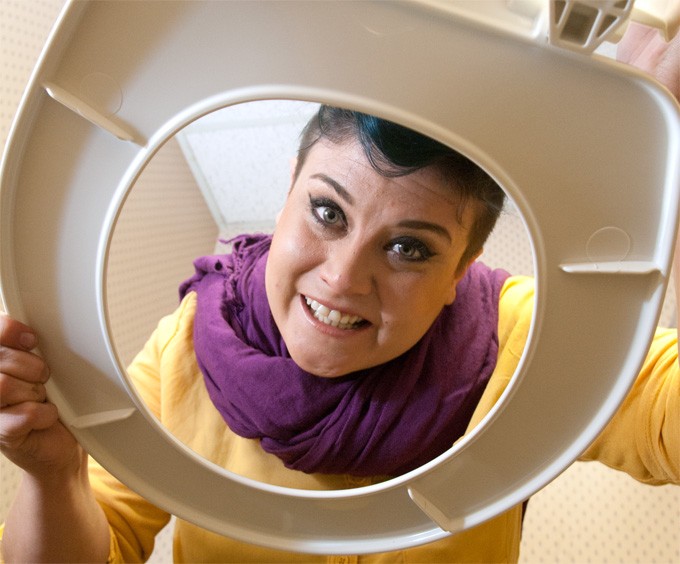 ‘Throw some glitter on this’

Along with the mural project, extra income from the gallery has funded the daily need for supplies.

“I’m able to give children the chance just to experience art. It’s so much fun. Color outside the lines, please,” Conn said. “That’s why I do art: You can’t mess up. That’s what I tell the kids: ‘Let’s do some art. You’re not being judged; you’re creating.’”

Hensley imparts the same advice to the artists that show at The Grease Trap. For example, Judd had only shown her work a few times before meeting Hensley, but now calls The Grease Trap her home gallery. She and her sister, Promise, have their prints and jewelry residing in the space permanently.

“You don’t even have to consider yourself an artist,” Judd said. “Throw some glitter on this, and we’re gonna try to sell it, and we’ll just donate it to the Boys & Girls Club. A lot of people will just hear one of the ideas and then just join and interact.”

Although Judd appreciates the inclusivity of the gallery, she thinks the modest size and location of the gallery fits the distinct crowd that circulates the surrounding bars.

“This is like the Adult District,” Hensley said. “You know, everyone has an art district: the Paseo District, the Plaza District. This is where the 21-and-up come to play. This is where you go after the Plaza Festival.”

After a year of completing a dozen shows and “surviving” on 25 percent of the total commission, Hensley said she has learned not too stress as much with the gallery because things have a way of working themselves out. Hensley and her staff of two — Megan Mitchell and Zeke Varnell — hope to continue the mission of The Grease Trap for as long as possible. Hensley would even pass it along to new hands as long as the mission remained the same.

“I fell in love with the city because it accepted me, and there [were] so many outlets for me to do whatever I want,” she said. “You’ve got your two favorite bars you might go to, and now you can come up here and buy a piece of art and go home.

“We’re one more stop you can make.”

Crap for a cause

To celebrate the modest gallery’s first birthday, Leslie Hensley and The Grease Trap offer a charitable evening of Crappy art. By Molly Evans