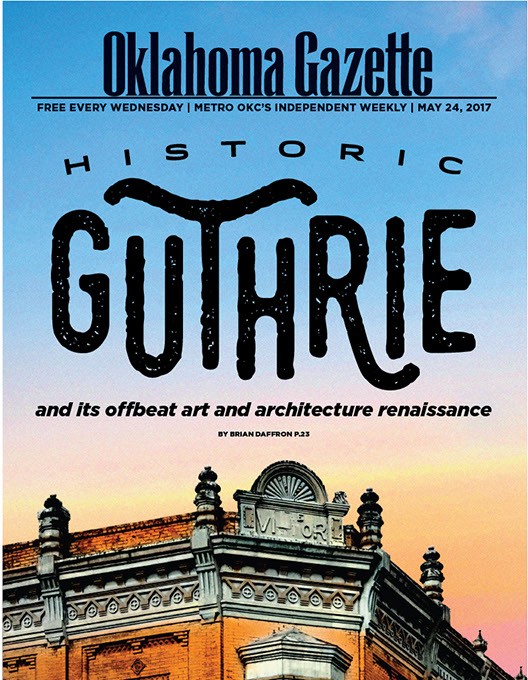 Many Guthrie creatives, however, take arts, culture and architecture worship a step further by working hard to make every weekend a time to celebrate the arts as a whole.

“One of the most striking things about Guthrie in general and the arts district in particular is the fact that we have art in almost every diverse sense of the word,” said Lucy Swanson, founder and executive director of The Arts in Guthrie (TAG), a community organization with a mission to promote community arts involvement and education inside and outside the town of just over 11,000 residents located 15 minutes north of Edmond. “From our architecture that we have in our downtown all the way [to] glassblowers and jewelry designers. We have world-famous musicians like Byron Berline. We have The Pollard Theatre. We have music events constantly, year-round, all over town. The fact that music, the arts and culture are just a part of our everyday existence around here makes it special.” 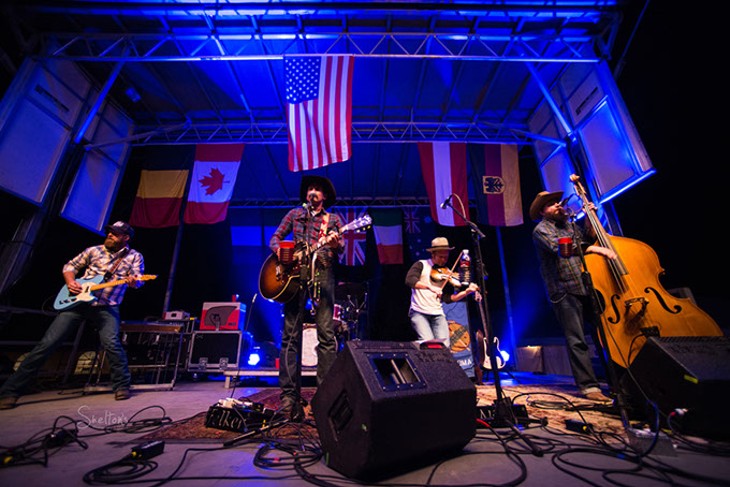 The list of artisans, artists and events in Guthrie is staggering. World-famous session and touring fiddler Byron Berline calls it home.

“The arts are what bring people out at night,” Swanson said of TAG. “When we’re going to do something in Guthrie, it’s going to be something art-related.” 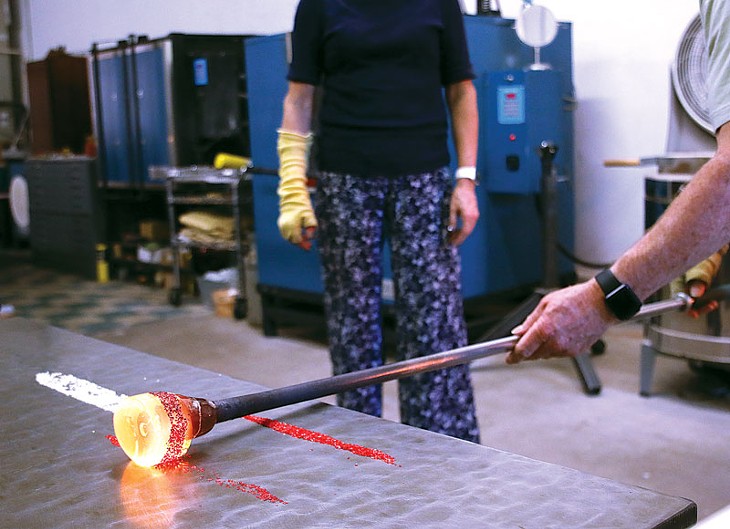 Guthrie’s creative hub revolves around its historic downtown area, which spans more than 30 acres, includes more than 100 structures and was designated a National Historic Landmark in 1999.

It’s touted as one of the largest Historic Preservation Districts in the nation. Woven into its borders is Guthrie Arts District, which earned Oklahoma Arts Council Certified Culture District designation in 2015.

One of the district businesses is Shelton’s Photography & Design. The past 14 of the 20 years they’ve operated it, co-owners Traci and Heath Shelton have called the arts district home.

“It’s a good environment for the whole family. It’s a good place for a date night. It’s nice just to relax, get away and enjoy the beauty of art in whatever form or fashion it appeals to you,” Traci Shelton said. “It’s conveniently located close to everything that we need. … We do a lot of location type of photography; it has the architecture and the environment.”

“But there’s also very contemporary types of structures that we can use,” she said. “You get a different look everywhere you go. … I think the growth has changed over time somewhat because of technology and tourism. Guthrie has definitely grown. It certainly has more of a variety of artists now than it did before. That’s for sure.”

The plan to make downtown Guthrie an arts and cultural destination began taking shape more than 10 years ago as Swanson worked with the Guthrie Chamber of Commerce.

“Going through that program really let me see our community through fresh eyes and see the tremendous amount of assets that we have in the arts in our community,” Swanson said.

Previously, efforts were made by city civic and business leaders to promote Guthrie largely for its historic value. After Swanson went through the Leadership Arts program, she said she recognized Guthrie had a lot more to offer, especially through the creative arts talents of its own residents.

“One of the best ways to [promote Guthrie arts] is to create a legitimate district that would be identifiable, that would be a destination,” Swanson explained.

TAG Arts District’s borders follow the general area of the city’s historical district. Swanson recognizes the following streets and landmarks as TAG’s area of influence: the railroad to the west, Noble Avenue to the north, Broad Street to the east and Vilas Avenue to the south.

However, with Guthrie Scottish Rite Masonic Center several blocks away, Swanson said she doesn’t like to define TAG’s borders by geographical areas.

Future plans for TAG include the creation of a nearby nature park with bike trails; a spoken-word and open-mic poetry event; a Guthrie walking tour; an artistic mentorship program; and a fund-raising album featuring Guthrie musicians, available through both digital and vinyl formats.

Additional plans will be based on a cultural impact study still in progress as well as the district’s participation in Creative Oklahoma’s Oklahoma Creative Communities pilot program.

“Guthrie’s so full of history that we’re really trying to find ways to incorporate all of the aspects that we have into something that’s really going to be beneficial and help people grow,” Swanson said. “It’s so easy to spend a whole weekend here in Guthrie and enjoy yourself every minute of it. There’s just tons of stuff to do. Plan it out and do it.”

The Arts in Guthrie

Bring It On: The Musical

The Fate of the Furious

Guardians of the Galaxy 2